Professor Raymond Laflamme describes the quantum world, and details the biggest challenges involved in creating technology based on quantum properties. 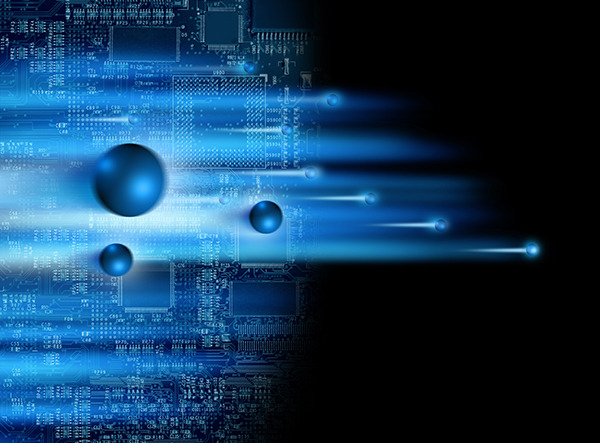 Professor Raymond Laflamme describes the quantum world, and details the biggest challenges involved in creating technology based on quantum properties.

Describe exactly what it is that you do?

I am a physicist interested in harnessing the laws of quantum mechanics so we can develop new technologies that will have societal impact.

What made you decide to follow a career in quantum physics?

Curiosity! In secondary school I became passionate about physics when a teacher (Jean Lacombes) taught a course about special relativity and I learned that the world we live in can be very different from the one we perceive. Time seems to elapse the same for all of us on Earth — but if you go at speed comparable to light this is not so. It was amazing this came from conceptual thinking that could be confirmed through experiments. A few — more than a dozen — years later I learnt that it was possible to use quantum laws, particularly one that describe the microscopic laws of nature, to compute with a mind-boggling efficiency. This meant that we could move information from one location to another without going through the intervening space, that we could develop new sensors with sensitivity that can detect the presence of single electron within an atom.

What have been the biggest breakthroughs in the field of quantum information in the last decade? There are three main breakthroughs in the last decade in quantum information science. First, we have learned that using the laws of quantum mechanics to manipulate information is incredibly powerful for some sets of problems, powerful enough so that our fundamental beliefs, the Church-Turing thesis, has been challenged. This is amazing as it is the foundation of classical computer science. In doing so, we have learnt a new language for quantum mechanics, one based on circuits similar to what computer scientists and engineers have developed for classical devices. The second breakthrough is the discovery of quantum error correction, a theory which shows that in principle, quantum systems can be controlled with an extra amount of resources, which is reasonable. This came as a surprise to physicists. The last breakthrough is the laboratory demonstration that we can manipulate up to a dozen quantum bits (qubits) in the laboratory, showing that the idea of quantum computing might not be totally crazy after all.

In the next decade, what are going to be the big breakthroughs?

If we could know what they are today, they would not be big breakthroughs! The big breakthroughs will be the ones we do not expect, perhaps quantum applications for health, such as small diamonds that can sense the microscopic presence of proteins that are precursors to cancer or better ways to explore for natural resources. Quantum information science is really a language, the right language to exchange information with the quantum world, the world of atoms and molecules. Using classical physics we had a limited ability to communicate with very small molecules, often only when atoms and molecules were in large numbers, but with the advances of quantum technologies, we can extract new and different information with greater efficiency and sensitivity. This brings a vision of quantum information science that is not only computationally powerful, but a future with a vast array of quantum devices with many applications in all corners of our lives with a large societal impact. 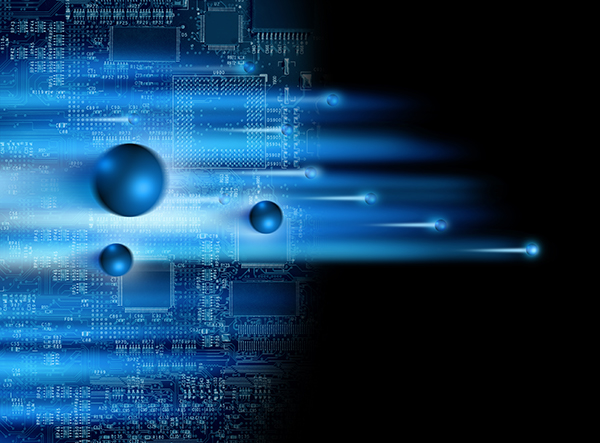 By 2020, there will be quantum processors with more than 100 qubits.[/caption]

Development is still in its infancy, but how close are we to seeing an actual quantum computer?

Today’s quantum processors are small; they can manipulate a few qubits that can be easily simulated with today's classical computers. In the next half decade, we will produce quantum processors with more than a hundred qubits. As we pass the count of about 30, classical computers can no longer catch up and we fully enter the quantum world. That will be very exciting, from then on we do not have the support of classical computers to tell us if the quantum devices behave as expected so we will need to find new ways to learn the reliability of these devices. Once we have 30-50 qubits, I believe that we will get an equivalent of Moore's law, but for the increased number of quantum bits.

In the history of humankind, the discovery of new phenomena of nature has led to a better understanding of the world in which we live. From this understanding, humans have learned to predict the behaviour of these phenomena in a broader context from which they have been discovered, and from these predictions comes the ability to control them and develop new technologies. More than a hundred years ago, we discovered quantum phenomena and we are presently developing a variety of quantum technologies of which quantum computing is one. These quantum computers will allow us to really understand the quantum world and explore it more deeply. I believe that this exploration will allow us to navigate in the quantum world, to understand chemistry and physics at the fundamental level. It will bring us new technologies with applications in health, such as drug development, and advance new materials with a variety of uses.

What are the current challenges and limitations?

There are technical challenges that we need to address to build quantum devices. Typically, quantum devices are small, and we manipulate quantum information using a small amount of energy. Tiny deviations in our control parameters or external effects corrupt the quantum information. But at a more basic level, one of our great challenges is that we have not yet built our intuition about the quantum world – but this is quickly changing!

Do you think we are on the brink, evolutionary speaking, of a post-human era in which, through the use of quantum computing, individuals will be able to download their consciousness into a computer?

That is an interesting question to which I do not know the answer as we do not know what really makes up our consciousness, so how can we think of recreating it with quantum computers? But what we have learned from quantum information science is that it is the right language to talk and listen to quantum systems, atoms, molecules, etc. The ability to talk to them in their natural language allows us to use them to carry out many information processing tasks much more efficiently. We do not yet know all the possibilities or the limits yet — maybe one day it might help us to better understand biological systems, humans and the universe.

Professor LaFlamme is executive director at the Institute of Quantum Computing at the University of Waterloo.

He will be speaking at the Cambridge Science Festival on Monday 7th March.