The what and the where

DNA sequencing is one thing, but mapping that sequence to the chromosome is quite another. Here Dr Denis Larkin tells us why mapping complete animal genomes has just got a whole lot easier... 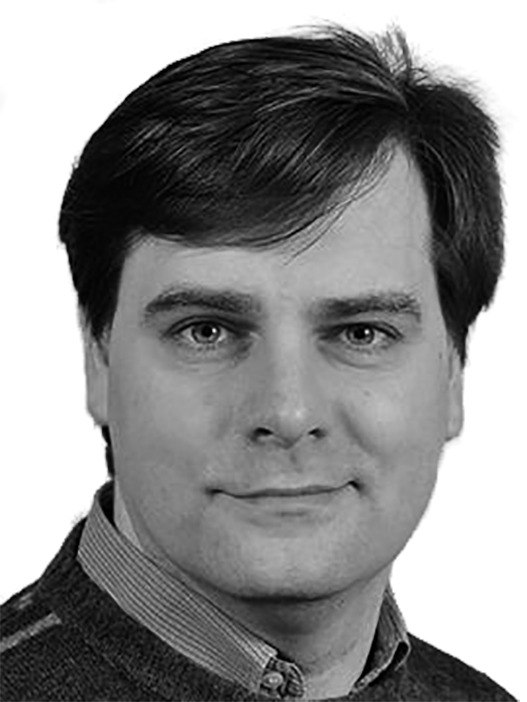 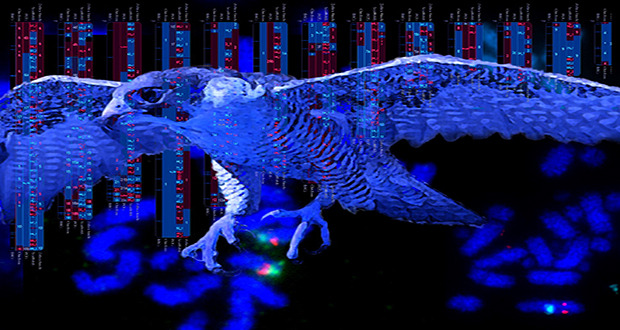 DNA sequencing is one thing, but mapping that sequence to the chromosome is quite another. Here Dr Denis Larkin tells us why mapping complete animal genomes has just got a whole lot easier...

Studies of large genomes and their chromosomes highly depend on the quality of the underlying genome assemblies. When the first human genomes were published back in 2001, their DNA sequences were assigned to chromosomes meaning that scientists knew which genes were located on which chromosomes and the order of genes within the chromosomes. This standard was used in all major mammalian projects produced with so called ‘traditional’ sequencing technologies. Making chromosome assemblies was possible because a genome sequencing procedure consisted of two steps: sequencing itself and anchoring of sequenced DNA fragments to chromosomes (mapping).

Rearrangements Chromosome-level genome assemblies helped scientists to reveal important features of genome evolution. It was found that the regions where mammalian and avian chromosomes break and/or join during evolution are enriched for new genes, or genes that are related to features making species or groups of species different from other species. For example, breakpoints in the cattle genome contain genes that were crucial for the formation of the rumen, allowing them to efficiently transform grass into protein rich milk and meat. Breakpoints and in pigs were related to their omnivorous diet providing us with genetic reasoning for why these species were domesticated more than 10,000 years ago. In some types of cancer, genomes are highly rearranged compared to the normal cells and their breakpoints contain genes related to the cancer cell immortality.

On the other hand, regions of chromosomes that were never rearranged in the evolution of mammals or birds contain genes related to the organism’s development and phenotypes (physical characteristics) that appeared early in evolution of these groups of species. Accurate chromosome-level assemblies are also important for agricultural and biomedical studies because they allow us to link phenotypes with genes and their regulatory elements. This information is then used to detect genes and genetic variants to be used to improve livestock breeds or for making new drugs in medicine.

However, the problem that the scientific community faced for almost a decade is that while sequencing technologies became inexpensive and efficient, mapping DNA sequences to chromosomes is still cost and labour-intensive

Genetic bottleneck By comparing chromosome structures for many species, it is possible to reconstruct how the chromosomes of their common ancestors looked. For instance, by comparing the chromosomes of birds and crocodiles it was possible to reconstruct chromosomes of their dinosaur common ancestor and then trace the changes that happened in the evolutionary transition from dinosaurs to birds. The same could be done for mammals, meaning that we would be able to trace changes that make various mammals different and therefore the genetic background for unique species’ features. However, the problem that the scientific community faced for almost a decade is that while sequencing technologies became inexpensive and efficient, mapping DNA sequences to chromosomes is still cost and labour-intensive. A lot of investment was put into the development of sequencing techniques but not into the methods of finishing the ‘end-to-end’ chromosome assemblies. Because of this, many genomes sequenced recently are not assembled to chromosome level and have a very limited use for the studies described above, including agricultural or medical applications.

During the last few years, several new techniques have been developed that allow us to reconstruct larger fragments of chromosomes for genome assemblers. These methods are based on detecting which DNA fragments are often found next to one another in the cell (or compacted DNA) and which fragments tend to be far away. If DNA fragments are found close, then they should be close in a chromosome as well. If not, then they are either found far away in a chromosome or on different chromosomes. Combined with DNA sequencing, these techniques allow us to build either large fragments of chromosomes or, in some cases, complete assemblies of individual chromosomes. However, the resulting chromosomes or chromosomal fragments may often contain errors because of a complex organisation of DNA in the cell or differences in the DNA-to-DNA interactions between different cells. Also, the costs of applying these methods to a new genome assembly might be prohibitive for low-budget genome projects.

Joint effort Collaborating with Professor Darren Griffin from the University of Kent, we developed a new method that allows us to efficiently connect and order fragments of chromosomes from genome assemblies in chromosomes. This became possible due to the complimentary expertise available at the Royal Veterinary College and the University of Kent. Our approach is based on a mapping technique called in situ hybridisation where positions of small DNA probes on chromosomes can be found due to their physical hybridisation with homologous regions in chromosome preparations. The results then can be seen under a fluorescent microscope.

The method of using probes to map genomes has existed for a long time and had been successfully used by Professor Griffin’s group. However, in our joint effort – funded by the Biotechnology and Biological Sciences Research Council (BBSRC) and with contribution from the Cambridge companies Cytocell Ltd and Digital Scientific UK – we were the first to make a panel of universal probes that work equally well on any avian (and often even reptilian) genomes. The RVC group is specialised in the sequence comparison of animal genomes. Therefore, when the genome sequences of around 40 avian species became available, we could identify avian DNA probes containing DNA fragments that are present and did not change during the evolution of any avian genomes. Those probes could therefore hybridise to chromosomes from any avian species, and as such these DNA fragments form a basis for the ‘universal’ set of avian DNA probes. This means that once DNA has been extracted from around 250 probes, these can be used as universal probes, and it is possible to apply them to any avian genome equally successfully.

Start of things to come This approach is groundbreaking because it is fast and inexpensive once chromosome preparations have been obtained for a species. It then becomes extremely cost-effective to assemble a complete genome to chromosome level, compared to designing probe libraries, choosing probes, verifying and then mapping them for each species separately.

Yet using this method, we were able to map and assemble to chromosomes the genome of pigeons and the peregrine falcon, with all other bird species also easily accessible

Until our study, the genomes of only three bird species had been published as assembled to complete chromosome level. Yet using this method, we were able to map and assemble to chromosomes the genome of pigeons and the peregrine falcon, with all other bird species also easily accessible. This new method will have significant practical implications, for example in the farming industry – mapping the genomes of bird species such as poultry, will enable a deeper understanding of genetic characteristics. It will also enable diseases to be tackled at a genetic level. Together with Darren Griffin’s group, we are in process of assembling more avian genomes, including other agricultural species such as ostrich and duck, and the budgerigar – a species vital for biomedical research related to speech disorders.

Mammalian probe Birds were used to develop and test this method because avian and reptilian genome sequences are more evolutionary conserved than in mammals, making it easier to select universal probes. Avian genomes are also three times smaller than mammals’. However, based on the success of this method for birds, we are now developing the same approach to mammals, aiming at selecting a universal probe set that would allow us to assemble mammal chromosomes. This would be particularly important to advance the development of new animal models for human genetic disorders, utilising genome assemblies for conservation genetics to save endangered species, and to improve breeds of neglected agricultural species. 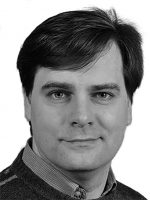