Forensic toxicology: Get inside the crime

Forensic toxicology has evolved greatly in recent years and today it plays a vital role in courts and other public forums throughout the world, with the potential to resolve the outcomes in criminal, coronial and civil investigations.

Forensic toxicology has evolved greatly in recent years and today it plays a vital role in courts and other public forums throughout the world, with the potential to resolve the outcomes in criminal, coronial and civil investigations. 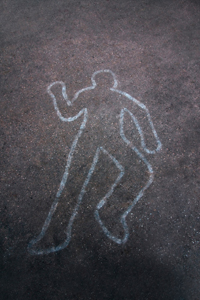 Every year many people are found dead in unexplained circumstances: they may be found in bed at home or in hotels, or in squats or on open ground. Evidence found at the scene, such as empty tablet bottles, bottles of alcohol or drug-taking paraphernalia can help to indicate a drug or alcohol-related death. Toxicological analysis can be crucial in determining the cause of death and many such cases are submitted to LGC Forensics from coroners and the police. Suspicious deaths in nursing homes and hospitals are particularly challenging, as the interpretation of high levels of a prescribed drug in an individual with some tolerance to its effects can be complex.

The saddest toxicology cases are often those involving children. Too many cases involve children growing up in a household where drug taking occurs. Methadone is prescribed through drug treatment centres as a substitute for heroin: it is supplied in the form of a thick green syrup and it has been used by drug-taking parents to sedate their children, often by dipping a soother into the syrup. In one case, in which a mother worked at night delivering drugs to clients whilst her partner sold them from the house, a toddler died from a methadone overdose. It became apparent that the mother had been giving the toddler the empty methadone bottles to play with.

In many cases, such as a hanging or a body under a train, the cause of death may be obvious, but the state of mind of the individual can be important to the forensic investigation. Victims may have been suffering from depression and it is important to know whether they were complying with any medication prescribed for this condition or if they were also using mood-altering substances. Alcohol almost invariably plays a role as it can enhance negative feelings, deepening a sense of depression.

Alcohol and drugs can also be involved in acts of violence. A violent row outside a kebab shop after pub closing time led to tragedy when one of the group involved fell over after an apparently light blow and hit his head on the kerb, with fatal consequences. Alcohol analysis showed the victim’s blood alcohol level to be very high and likely to affect balance – a very relevant fact when a murder charge was being considered.

In many rape cases, the victim may experience memory loss. One young woman woke up in a field at dawn with half her clothes missing and no idea how she got there. In such cases, forensic toxicologists routinely screen for alcohol and a wide range of sedative drugs – it’s common that alcohol is detected but very rare that any of the so-called ‘date rape’ drugs are detected. As samples are collected a number of hours after the event, a ‘back-calculation’ can be performed in order to estimate the likely blood alcohol concentration at the time of the alleged offence. 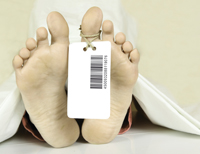 Under the Road Traffic Act, it’s an offence to drive with a blood alcohol level above 80mgs per 100ml, irrespective of the degree of impairment observed by the police. Sometimes individuals involved in a road traffic incident quickly depart the scene before they can be breathalysed. When police catch up with them, they may claim to have had a drink after the accident ‘to steady their nerves’ before being breathalysed. Forensic toxicologists can carry out a series of calculations to determine the contribution made by the alcohol allegedly consumed after the incident and calculate the likely blood alcohol content at the time of the incident. Interestingly, under another section of the same Act, it is also an offence to drive whilst impaired through drink or drugs, so an individual who is particularly susceptible to the effects of alcohol and has an alcohol level below the limit could still be prosecuted.

Many drugs can impair the ability to drive safely – many antidepressants, antihistamines and some centrally-acting painkillers such as tramadol can cause sedation which may affect driving. In suspected drug-driving cases, LGC Forensics analyses for medicinal drugs as well as the usual drugs of abuse such as cocaine, heroin and cannabis.

Diverse though these case types are, the approach by the forensic toxicologist, at least initially, is similar. Most cases involve the analysis of blood or urine for alcohol and drugs of abuse; many individuals are also screened for medicinal drugs. Toxicology tests typically require an initial preparation step, using either a solvent extraction or a simpler protein precipitation, to separate any drugs present from cellular material and interfering proteins. The extracts still contain many components that are of no interest to the toxicologist, so gas chromatography (GC) or liquid chromatography (LC) is used to separate any drugs from the naturally occurring substances, followed by detection using mass spectrometry (MS). Within the mass detector, the drug molecules are broken up to form smaller fragments. The unique pattern of fragmentation is the drug’s ‘chemical fingerprint’ which is used, together with the chromatographic retention time, as the basis for identification. The continuous emergence of new ‘legal high’ drugs such as the synthetic cannabinoids, mephedrone, naphyrone, MDAI, and dimethocaine means that keeping industry methods up-to-date is a constant challenge.

Major crime often demands a bespoke approach, particularly if the amount of sample available is limited so that the skill of the reporting forensic toxicologist is required in targeting the analysis. When routine alcohol and drug tests are negative, LGC Forensics’ toxicologists have to consider the possibility of deliberate poisoning by other substances. Poisons are such a diverse group that there is no single test for such substances. An investigating toxicologist uses the circumstances of the case, such as any findings at the scene, the occupation of those involved and, not least, the symptoms observed or described by the victim, to focus the search. Many cases of poisoning have been linked to domestic products, for example a mother-in-law added rat poison to her daughter-in-law’s food and a husband poisoned his wife with mercury.

Probably the most challenging case faced by LGC in recent years was that of a homicide using poisoned curry. A woman, spurned by a former lover who had become engaged to a younger woman, added a herbal preparation to a curry that was eaten by the couple. Both suffered violent vomiting and were admitted to hospital, where the man died in a matter of hours. The curry was found to contain an unusual variety of aconite – probably Indian Aconite (Aconitum ferox), which is allegedly the most poisonous plant in the world.

With the increased use of herbal preparations, access to many pharmaceutical drugs via the internet, increased international travel and a seemingly unlimited series  of ‘legal highs’ becoming available, forensic toxicology remains as challenging as ever and holds a firm place in the provision of a full forensic service.