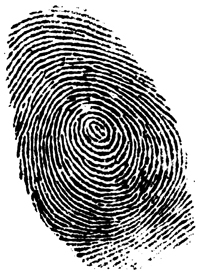 Axing the Forensic Science Service will not only see the loss of vital scientific expertise but will break up decades of evidential archives, practical expertise, interpretive skills and leading-edge research, warns Steve Thomas,  a negotiator with the scientists’ union Prospect

In December 2010 the Minister for Crime Reduction, James Brokenshire MP, suddenly announced that the Forensic Science Service (FSS) was making a loss of £2m a month, requiring its closure by March 2012.

On behalf of 1,600 FSS staff, Prospect has asked where the evidence is to back up this decision which, it believes, will denude the criminal justice system of impartial, independent scientific advice.

As the announcement has been scrutinised more fully it has become clear that minimal – if any – consultation with private providers, with the scientific community or with the employees of the FSS took place.

At the heart of the union’s opposition to the plans is the fear that cost will determine justice in the UK. Prospect is adamant that the capacity of forensic science to support the criminal justice system is clearly a public service that should be underpinned by an impartial public sector and not simply a question of finding the cheapest commercial supplier.

And it is not alone. Internationally, scientists have expressed concern over the damage that closure will do to the quality and impartiality of the world-renowned organisation. Dr Joseph Bono, the President of the American Academy of Forensic Sciences, said in a letter to the UK Home Secretary:

“The closure of the FSS is a risky and dangerous step for the government to make. It places profit rather than fairness and impartiality at the heart of justice, which can only bring with it the potential for serious miscarriages of justice. To take the expertise currently available to the people of the UK through the FSS and move it into an untested system is tenuous at best. Any new system “might work”; the FSS “does work”.

But even if you support the government’s aspiration for a fully competitive market to drive down costs, the facts suggest that this is not sustainable.

The current situation can be traced back to the 2003 McFarland review when, faced with an urgent need for large-scale investment, the government looked to move FSS out of the public sector. McFarland also called for greater competition, asserting that FSS was effectively a monopoly service.

A full public-private partnership was avoided but the service was turned into a Government Company. As Prospect argued at the time, FSS operates in a limited market, which is still largely deter¬mined by government funding to the police via the Home Office and local authorities.

In practice, the only way a competitive market place could be developed was by encouraging police forces to award tenders for forensic services. But, facing a constant drive to reduce the financial bottom line, many forces were already developing their own in-house forensic facili¬ties.

The result was that an immature forensic science marketplace in 2003 is now even more fragile, and will be made more so as a result of the new cuts climate. Police forces have already announced that they are reducing spending on forensic science and volume of work sent for testing. 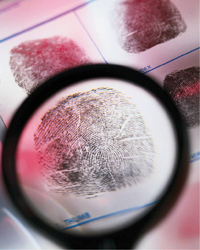 Private sector contractors have been able to bid for what they consider profitable work of course but in the current market continue to struggle financially. Which begs the question, without the FSS, what will happen if the private providers decide that profits will never materialise and simply walk away?

Aside from the issue of skewing the forensics market, the provision of services by in-house police facilities is awash with problems. While theoretically possible for larger forces – without entering into debates over impartiality – smaller forces may find it difficult to equip themselves with all the necessary specialisms in forensic science or to provide peer-to-peer reviews.

Plus where will the money come from? To-date no figures have been made available for the costs of duplicating, maintaining and regulating labs among forces throughout the country.

Regulation raises another spectre as yet to be addressed by the government’s closure plans. While FSS and private laboratories are required to meet strict common standards, this requirement will not be extended to police facilities for several years. Our members fear the lack of a level playing field could be used as a means to challenge, or further obfuscate a jury’s ability to understand, scientific evidence. 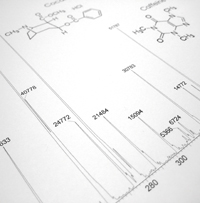 Even where private forensic provision is sought, the holistic approach favoured by FSS is being sidelined more and more by the drive to cut costs, leading forces to dictate what can and cannot be investigated from a crime on a financial, as opposed to evidence yield, basis.

Members report that forces are increasingly focused on DNA evidence to the exclusion of other more expensive corroborative branches of forensic science such as fibre and glass, because of a lower evidential yield.

Added to this, measures to streamline the police contracting process and standardise investigations, have resulted in ‘assembly-line’ forensic science. Basic repetitive tests may be suitable for some areas, such as drug analysis, but not crimes such as murder or assault.

Describing a stabbing in a gang attack, where the suspects’ clothing was examined by a police laboratory and swabs of blood were sent to FSS for analysis, she said:

“Our laboratory was able, perfectly competently, to determine the DNA profiles from the swabs, but it was not able to put any context around that in terms of where the blood was found and was it where it would be expected to be found.”

While that was enough to convict some gang members, one individual’s clothing screened by the police laboratory showed negative for blood. As a retrial approached, an FSS scientist asked to re-examine the clothing and found a very fine spray of blood which matched the victim and established, due to the spray pattern, that the accused was very close to the victim at the time of the attack, leading to a longer sentence than for the other gang members.

Professional expertise cannot be maintained without continuing research and education. FSS’s international reputation has been built on its ground-breaking research – but scientific research always includes the risk of expensive failure. 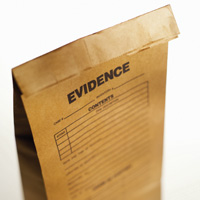 As Professor Alec Jeffreys, the pioneer of DNA profiling, said in evidence to the Common’s enquiry: “The FSS R&D staff have the range and depth of experience needed for this horizon scanning and for the multi-disciplinary work needed to move basic research into forensic utility.

“The loss of this expertise would rule out the UK as a significant contributor to forensic science development, making us dependent on new technologies developed abroad. Closure of the FSS will also make the more complex and interdisciplinary forensic analyses impossible within the UK, since no commercial provider can give this breadth of service, nor would wish to given that such investigations are unprofitable.”

He warned that complex cases will either not be investigated – leading to potentially serious miscarriages of justice – or could be outsourced.

Question marks remain over how commercial priorities of private providers can support research and development and the sharing of technological advances.

So who will undertake forensic research? The Home Office’s Chief Scientific Adviser, Professor Bernard Silverman, has expressed the belief that forensic research should be undertaken by universities and research councils but where is the evidence for that?

Others, including Professor Jeffreys, point to dwindling forensic research in the academic sector as a result of the reluctance by the research councils and charities to fund work they see as the responsibility of the Home Office (reflecting the origins of the FSS).

Meanwhile little thought seems to have been given regarding the future of another key area of FSS work – cold case reviews.

The union is still seeking information regarding how FSS’s national and local archives, its specialist cold case scientists, and pioneering technology – on which the majority of successful case reviews depend – will be maintained.

FSS have assisted more than 38 police forces in their reviews of historic offences, and helped secure convictions in over 220 cases. But this would not have been possible without the service’s national and local archives, which document every case undertaken by the service since the 1940s and provide information on recent ‘cold’ matches – cases loaded to the National DNA Database many years ago that have recently resulted in a match.

The archives contain well over 1.5 million case files and even more ‘retained materials’, such as DNA extracts, microscope slides, fibre tapings, debris and occasional original exhibits. Fragment or destroy this system and potentially hundreds of ‘detectable’ cases could remain unsolved.

Similarly, the union has warned that as the pioneer of major advances in forensic technology the body of specialist cold case scientists within the service is unique. They have in-depth knowledge of both original examination techniques and the subsequent production of retained material, crucial in evaluating new forensic opportunities – as well as the labelling and continuity of materials.

Without an understanding of the service’s historic examination procedures or the case notes that determine which samples are suitable for testing, inappropriate techniques could be applied to retained materials. Testing can be destructive, and crucial samples may be ‘used-up’ through unsuitable selection.

The government claim that private sector providers are eager to recruit this expertise. Yet experience following the recent closure of three FSS laboratories shows that, rather than joining competitive organisations, the vast majority of experienced scientists are leaving forensics altogether.

So Prospect asks: where is the evidence?


Author: Steve Thomas is a negotiator with the scientists’ union Prospect