A company in Scotland has devised a novel way to treat type 1 diabetes – producing lab grown islets of Langerhans for transplantation. But how does this work and what difference can it make? 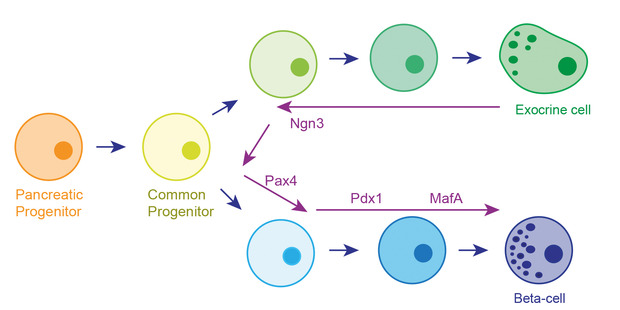 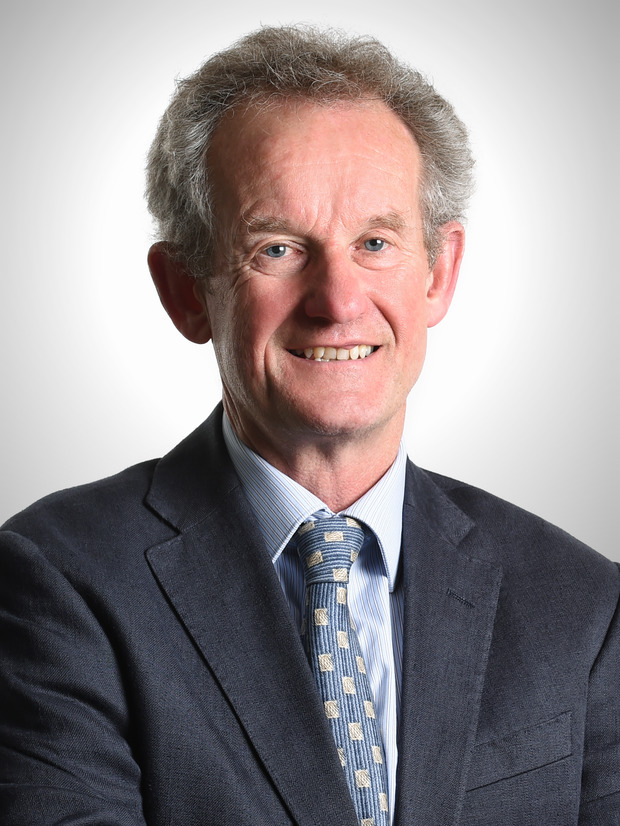 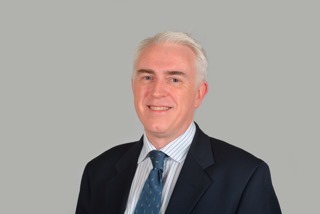 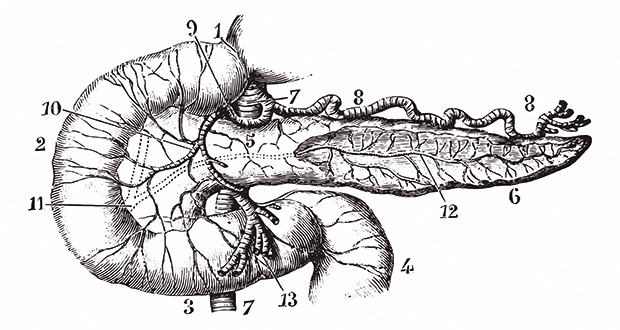 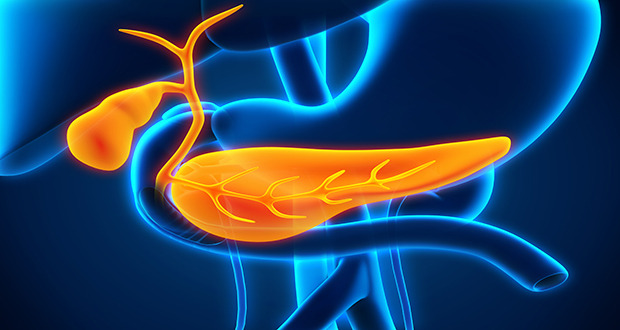 A company in Scotland has devised a novel way to treat type 1 diabetes – producing lab grown islets of Langerhans for transplantation. But how does this work and what difference can it make?

There are currently about 320,000 people in the UK with type 1 diabetes and this figure is expected to rise dramatically in the next ten years. The disease is caused by the autoimmune destruction of the insulin-secreting cells of the pancreas. These cells are localised in aggregates that look like small islands (or islets) dispersed throughout the pancreas. A healthy human has about 1 million islets representing ~2% of the tissue mass of the pancreas. The rest of the pancreas, the exocrine tissue, is involved in the production of hydrolytic enzymes that are collected into a ductal network and secreted into the lumen of the gut. An islet contains two main cell types; ?-cells that make insulin and comprise ~55% of the islet cells, and ?-cells that make glucagon and comprise ~40% of islet cells. The remaining portion is made up of somatostatin-secreting ?-cells and rare pancreatic polypeptide and ghrelin–expressing cells. Islets play an important role in regulating fuel metabolism. Insulin is secreted after a meal and facilitates fuel storage as glycogen in liver and muscle, and triglycerides in adipose tissue. Between meals insulin is switched off and glucagon is secreted to stimulate fuel mobilisation.

Treatment of type 1 diabetes is dependent on multiple daily injections of insulin. The introduction of fast-acting and slow-acting insulin analogues along with advances in pump technology has allowed people with diabetes to live a normal life with their disease well controlled. However, it is extremely difficult – if not impossible – to recreate, using exogenous bolus injections of insulin, normal physiological control of fuel metabolism and to maintain glucose homeostasis. The resultant increase in basal blood glucose levels, through impaired glucose uptake and increased hepatic glucose output results in an increased risk of tissue damage. The reason for this is that glucose is a highly reactive molecule and if its blood levels are not maintained within tight limits it forms complexes with structural proteins (advanced glycation end products). If allowed to accumulate these have a particularly damaging effect on the small blood vessels of the eye, kidney and peripheral nerves. It has been clear for many years that alternative treatments are required to prevent these debilitating late complications of the diabetes that cause blindness, impaired renal function, and amputations associated with impaired nerve function in the foot. The most promising advances have been in the field of islet transplantation. 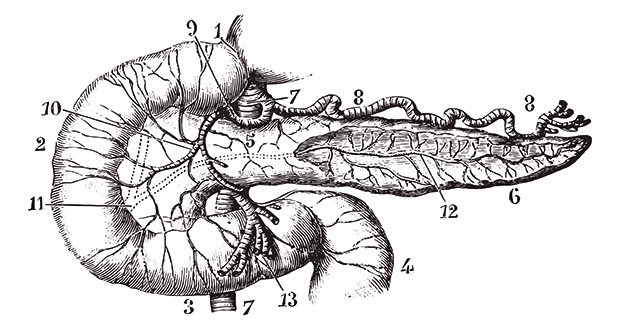 Pancreatic stem cells are being used to treat T1D patients.[/caption]

Islet transplantation has been around since the early 1990’s. Initially there were problems associated with poor graft function, but these problems were for the most part overcome with the introduction of a new protocol originating in Edmonton in 2000¹. Since then almost 1,000 transplants have taken place in numerous centres throughout the world. Islexa is a new company developing technology to produce laboratory grown islets of Langerhans for transplantation in the treatment of type 1 diabetes. This technology was developed through the Islet Transplant Centre in Edinburgh. Funded by National Services Scotland, and in collaboration with the Scottish National Blood Transfusion Service, the Edinburgh facility was opened in 2010. The first transplant in Edinburgh took place in February 2011 and since then nearly 60 transplants have been undertaken, representing about 50% of the total annual transplants in the UK. During the islet isolation procedure, the donor pancreas is digested with collagenase and mechanically agitated in a small chamber containing metal ball bearings. The intact islets float free from the bulk of the exocrine tissue and are further purified by centrifugation. A typical graft would contain about 450,000 islets that might be about 60-80% pure.

The islet transplant is done under local anaesthetic, and involves infusion of the islets into the liver by way of a catheter introduced into the hepatic portal vein. At the moment islet transplants are targeted at those people with diabetes who suffer from impaired awareness of hypoglycemia (IAH). Many people with diabetes can become hypoglycemic either through overshooting their insulin dose or as a natural part of the disease. They quickly become aware of the symptoms, i.e. increased sweating, impaired cognitive function etc. and ingest sugar.  However, some people with diabetes have a condition whereby they are unaware of these symptoms and their blood glucose can drop to dangerously low levels. This can have a huge impact on the quality of their life; some are even afraid to leave their house because of fear of passing out in a public place. This condition is not rare and can affect around 15-20% of all people with diabetes. Islet transplantation has had a huge impact on this cohort of diabetic people with IAH. It often takes two and sometimes three transplants to improve their condition, but many recipients can become independent of exogenous insulin injections and have massively improved awareness of hypoglycemia with concomitant effects on their quality of life².

The first transplant in Edinburgh took place in February 2011 and since then nearly 60 transplants have been undertaken, representing about 50% of the total annual transplants in the UK.

Recipients are immunosuppressed to avoid tissue rejection, but the drugs used now have few if any side-effects. One problem however, is that the graft deteriorates over time. Despite this, even at five years – although many recipients are back on exogenous insulin, albeit at a reduced dose³,?– their awareness of hypoglycemia and consequent quality of life is still very much improved. Another problem relates to the lack of donor tissue. There are about 60 donor pancreases per year in the UK used for islet isolation, which represents less than 1% of the tissue required to treat those patients who would benefit from this form of treatment. Even before the Edinburgh Islet Transplant Centre was opened, we had formed a collaboration to address how we might find an alternative supply of islets that could meet the anticipated demand. Initially we worked on differentiated human embryonic stem cells as a replenishable source of islets?, but in time our discussions focused on reprogramming the pancreatic material that was left over from the islet isolation procedure (Figure 1)?.

Fig 1. Islets are isolated from the donor pancreas and immediately transplanted into diabetic patients at the facility in Edinburgh. The partially digested exocrine fraction is at the same time transported to the reprogramming lab in Aberdeen, where the conversion into functional islets occurs.[/caption]

The strategy adopted was influenced by our understanding of how the exocrine and endocrine pancreas develops in the embryo?. The pancreas initially appears as two buds on either side of the developing gut tube. These budding outgrowths undergo a period of expansion forming a branching epithelial network. The two expanded lobes subsequently fuse and around this time a common progenitor cell that gives rise to both the exocrine and endocrine tissue arises. This common progenitor is marked by expression of a transcription factor called Neurogenin 3 (Ngn3). The endocrine lineage is dependent on the sequential expression of a number of transcription factors (TF) that include Pdx1, Pax4, MafA, NeuroD1 and Nkx6.1. We hypothesised that treating the left-over exocrine pancreas with these transcription factors would reprogramme the tissue towards the endocrine lineage via the common progenitor (Figure 2). Forced expression of TFs was achieved using adenoviral-mediated transduction. Early experiments demonstrated that only 4 of the TFs, Pdx1, MafA and Pax4 (4TFs), were required. 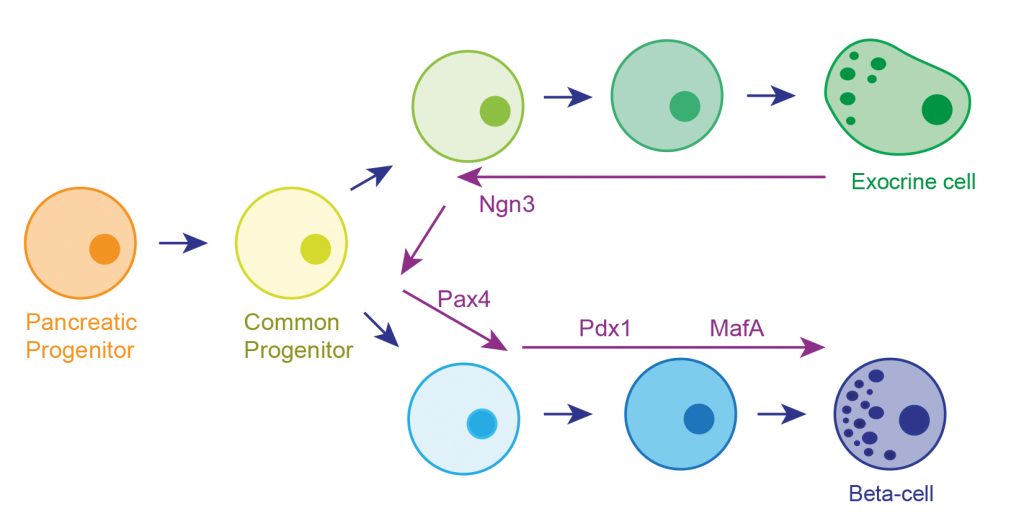 It is important to emphasise that the successful development of the reprogramming protocol was dependent on the close association between the molecular biology/reprogramming laboratory at the University of Aberdeen and the Islet Isolation Centre in Edinburgh. Following isolation and transplantation of the islets the left-over partially digested exocrine pancreatic remnant is immediately transported to the lab in Aberdeen, where the tissue aggregates are frozen in liquid nitrogen. Reprogramming involves plating the cell clusters on tissue culture plates. The clusters attach to the dish and a fibroblast-like monolayer forms over a period of ten days. This monolayer can be repeatedly passaged and the resultant cells express surface markers and exhibit the differentiation potential of mesenchymal stromal cells (MSCs). Using genetic lineage tracing, we showed that the MSCs arose in part from the pancreatic exocrine tissue through the epithelial to mesenchymal transition (EMT).

Having ascertained the importance of the 4TF cocktail, our next major discovery was that efficient reprogramming was dependent on delaying transit through the EMT by using TGF?1 and Rho Kinase inhibitors?. At this point we don’t fully understand the mechanisms; however it is likely that cells transit through an intermediate step that has enhanced reprogramming capacity, particularly towards endocrine pancreas. The problem at this stage, however, was that although the cells expressed insulin, it was at levels well below those that would be of therapeutic value in humans. Our next major breakthrough came through an understanding of developmentally late events that give rise to insulin-secreting ?-cells and glucagon-secreting ?-cells.

Following isolation and transplantation of the islets the left-over partially digested exocrine pancreatic remnant is immediately transported to the lab in Aberdeen, where the tissue aggregates are frozen in liquid nitrogen.

There exists a regulatory interplay between the transcription factors Pax4 and Arx. Arx expression gives rise to ?-cells and Pax4 to ?-cells. Although our reprogramming cocktail contained Pax4, the cells would be directed through an intermediate stage that would express Arx. As long as Arx was present at high levels it would be impossible to overcome its inhibitory effects on Pax4. To address this problem we treated the cells with a siRNA directed at Arx. The results were dramatic; inhibition of Arx increased expression of insulin and improved the functional properties of the resultant reprogrammed cells. The final protocol (Figure 3) involves plating the exocrine clusters on tissue culture plates. Initially, the EMT is inhibited using Rho kinase and TGF-? inhibitors in combination with methyltransferase and histone deacetylase inhibitors. This is followed by transduction with the exogenous TFs, Pdx1, MafA, Ngn3, and Pax4, in media containing betacellulin, nicotinamide and exendin-4 (factors that are known to enhance islet function). Inhibition of endogenous ARX by siRNA is performed towards the final stages of the protocol. Overall the protocol takes 10 days to complete?.

Fig 3. The protocol takes 12 days (from plating) to completes. Details are provided in the text and in 9.[/caption]

There are a number of reasons that support taking this protocol towards the clinic. The cells make therapeutic levels of fully processed insulin and look like human islets, i.e. they form islet like clusters containing cells that stain for insulin and glucagon. The cells function like adult human islets, i.e. they store insulin in dense core secretory granules and exhibit first phase and second phase secretory responses to glucose. The reprogrammed cells are also phenotypically stable as evidenced by their ability to normalise blood glucose for periods of up to 100 days following engraftment in a streptozotocin-diabetic mouse model. We calculate that about 2-3 billion cells would have a therapeutic effect in humans and that one pancreas could generate around 10-12 transplantable units. This would increase the number of annual transplants in the UK from 30-50 to several hundred, and potentially if the cells can be expanded to several thousand. This would allow us to offer transplants to a wider group of patients with T1D, perhaps at the time of diagnosis.

Islexa was set up to take this protocol into the clinic, and the next stage will be to take the technology into clinical trials in the next few years. 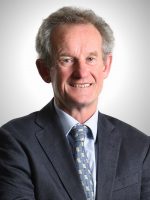 Kevin Docherty is the Macleod Smith Professor of Biochemistry at the University of Aberdeen.

John J Casey is a Consultant Surgeon and Honorary Senior Lecturer in Transplant and General Surgery at the Royal Infirmary of Edinburgh.

7. Bernardo AS, Hay CW, Docherty K. Pancreatic transcription factors and their role in the birth, life and survival of the pancreatic beta cell. Mol Cell Endocrinol 2008; 294(1-2): 1-9.