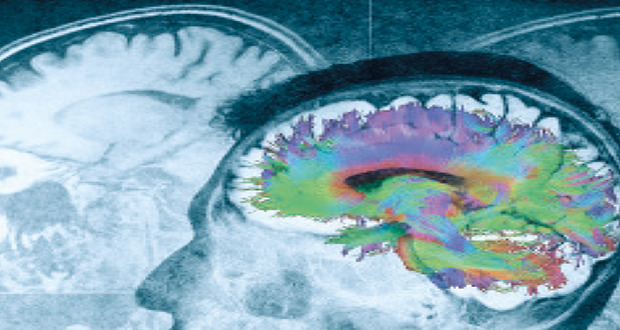 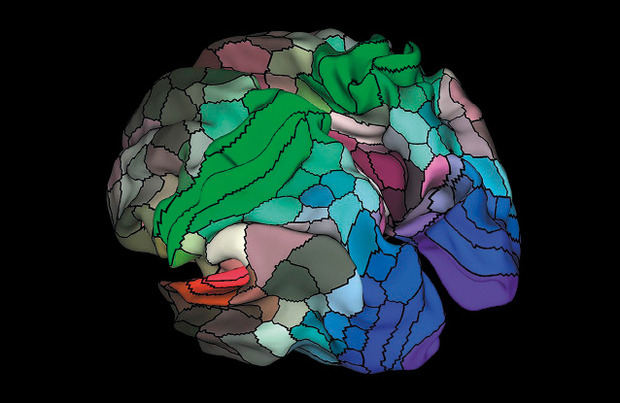 Last month, myself, and colleagues from the Human Connectome Project delivered a new map of the human brain to considerable media fanfare. The result, published in Nature, describes in fine detail how the brain’s surface can be subdivided 180 regions each with different functions and microstructure. But why is this result so important? In order to be able to understand the variants of brain structure and function that underpin differences in cognition and behaviour, it is vital for neuroscientists to have a framework through which to compare different brains. One means of doing this is to define every brain as being composed of a small number of different regions.

Evidence for this model comes from a century’s worth of research into the anatomy of the human brain. In one of the first examples, German anatomist Korbinian Brodmann, looked at the organisation of cells in the cerebral cortex. From this it was possible to define whole regions responsible for different types of function, including: motor and sensory regions, broca’s area (responsible for speech), and a hierarchy of regions involved in visual processing. However, in many ways these maps are an out-dated way of thinking about the human brain for two reasons. First they are incomplete: Brodmann describes only 52 areas whereas we know from studies from non-human primates that the number must exceed 150. Second the maps are generated from post mortem examination of single brains, and do not account for inter-subject variability. Because of this different cyto-architectural maps vary widely.

For improved understanding of how brain structure and function vary across different subjects, Magnetic Resonance Imaging (MRI) is a powerful resource. It allows researchers to observe a wide variety of different properties of the living human brain by simply imaging the ways water interacts with different tissues. From this it is possible to infer brain structure (cortical folding patterns), tissue microstructure (the projections of nerve fibres), presence of myelin (a substance that insulates nerve fibres, and improves the efficiency of electrical signalling), and brain activity (in response to tasks or at rest) at the millimetre scale. In this way, large numbers of brains can be compared. Our goal through the Human Connectome Project has been to collect high quality MRI data from a large cohort of 1200 adult subjects. Using state-of-the-art image acquisition protocols we have collected a diverse range of different types of data, including asking participants to perform 7 different types of task in the scanner, and acquiring an hour of data describing brain activity at rest. Through using revolutionary image processing techniques we have observed how these aspects of brain function and structure vary across the cortical surface, and importantly have developed tools that allow comparisons between brains.

The new 180 region map represents the consolidation of all these efforts, enabling a whole new way of thinking about how the brain subdivides into regions, and how these regions vary from brain to brain. The result comes from pooling data from a group of 210 brains, and comparing and contrasting patterns of tissue structure and activity across the cortical surface. In this way, 97 completely new regions were reported; as well as 83 regions previously reported using methods such as Brodmanns’. Further, by training a classifier, the regions learnt on the initial group of brains were transferred to a new group with 96.6% accuracy. This lead to an unexpected discovery that some regions (such as the language region known as 55b) do not always appear in the same place or form. The reasons why this map represents such a radical departure from previous efforts to map the brain are several-fold. Firstly the project results from singular efforts by Matthew Glasser and David Van Essen (Washington University, St Louis, USA) to identify brain regions by manually tracing the boundaries that separate them. Although efforts have been made to automate computer programs to predict the locations of these regions from imaging data, these have so far been unsuccessful. This is partly due to an incomplete understanding of all the sources of noise in the data, and partly because of simplified assumptions made during the modelling process. 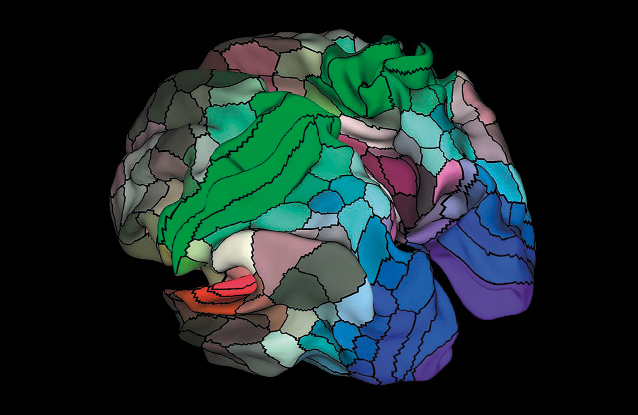 Secondly, manual tracing of regional boundaries has only been possible as a result of combining data across many subjects, and comparing multiple imaging modalities. Pooling data across subjects is important as it improves differentiation of real brain activity from measurement noise. Comparing different modalities is important as regional boundaries are only clearly observed in a sub-set. Making a leap forward in the way we compare brain data across subjects, comparing brain function not cortical folding patterns, is what made all this possible. This was my contribution to the project.

Finally, this brain map makes a radical departure from standard neuro-scientific thinking – which would be that at the scale of individual regions, all human brains are the same. The finding that 55b varies in its position relative to other regions, across different brains, has major implications for the future of all brain imaging experiments. Currently all studies make an assumption that regions appear in the same location across all subjects, and, as such, always look in the same place for specific patterns of brain activity in response to a task. This choice clearly restricts the sensitivity of these studies to detect activations. The new current 180-region mapping will dramatically improve whole-brain models of structure and function; advance understanding about mechanisms underpinning cognitive traits such as (IQ); and improve our ability to detect neurological conditions such as Autism, Schizophrenia and Dementia, which will lead to earlier intervention and support for these people.

Nevertheless, the unexpected discoveries surrounding the topological variation of 55b open up many new avenues to brain research. Specifically, is 55b the only example of topological variation or do many regions vary in this way? If so, perhaps we need better methods of comparing brains, in order to detect this? Could there be more regions to find, or could their number vary between brains? And, if we did detect such variations what would this mean for our understandings of human cognition? These are some of the many questions I am invested in now. It is a very exciting time to be involved with brain research.

Dr Emma Robinson is a postdoctoral researcher at Imperial College whose goal is develop novel, computational techniques for the analysis of biomedical images. Her main focus is developing image processing and analysis tools for brain connectomics research.