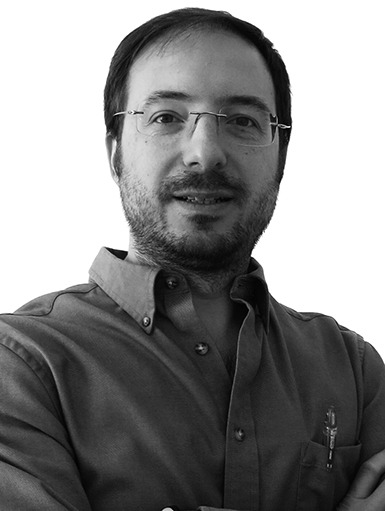 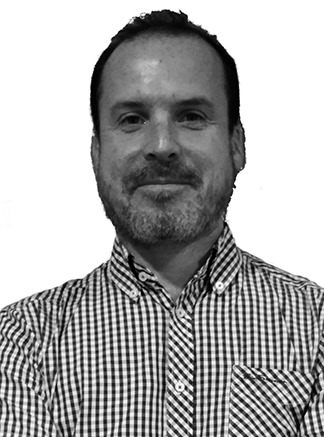 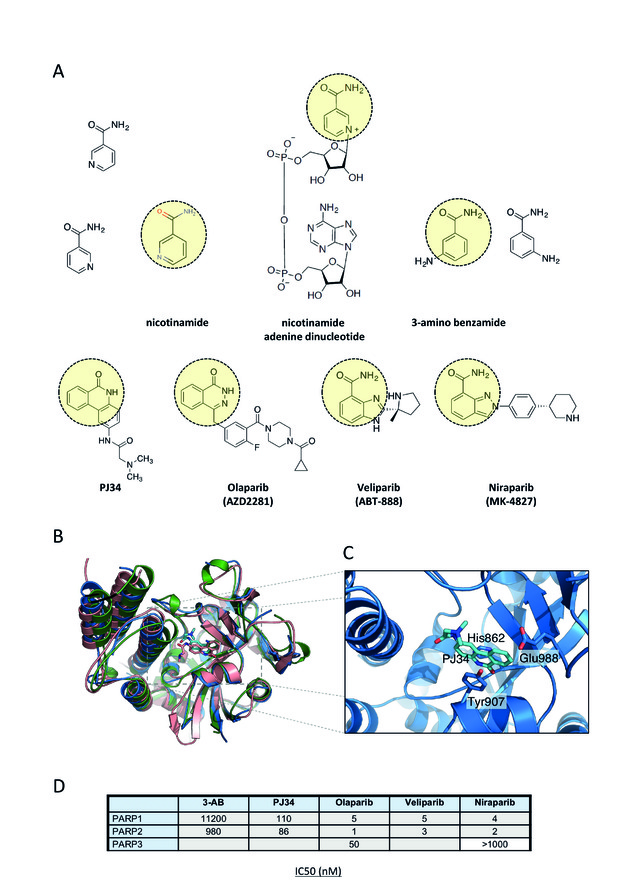 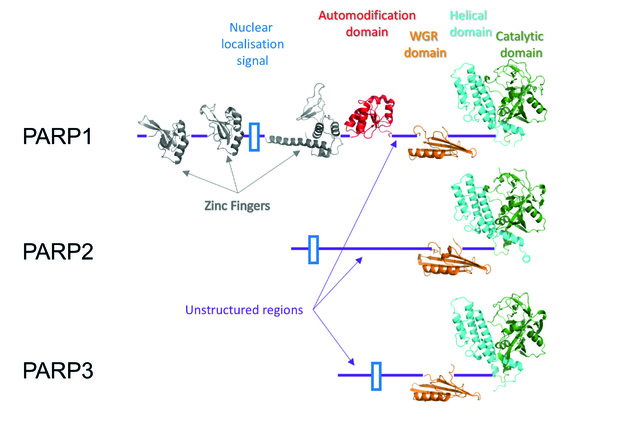 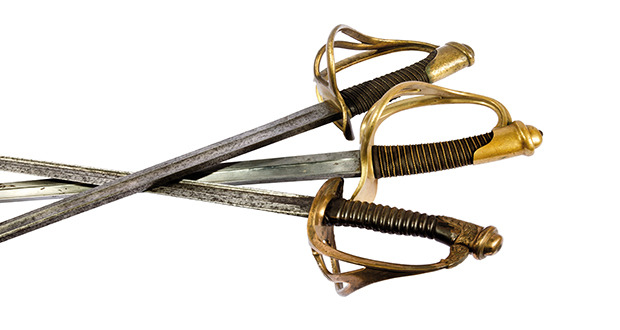 PARP inhibitors are increasingly becoming seen as a vital tool for use alongside conventional cancer treatments. But what is so special about the trio of PARP1, 2 and 3?

As clinical trials produce promising data for the use of PARP inhibitors in the treatment of breast, ovarian and other cancers. Pfizer’s recent acquisition of Medivation for $14 billion illustrates growing confidence in the efficacy of these compounds. The key to the success of PARP inhibitors, compared to a number of other chemotherapeutic agents, is the low toxicity of these compounds in healthy cells, compared to remarkable efficacy against tumours with mutations in BRCA1, BRCA2 or other components of the homologous recombination pathway. This “synthetic lethality” means that cancers can be effectively treated with minimal side effects.

PARP inhibitors block the poly-(ADP-ribose) polymerases PARP1, PARP2 and PARP3, which are activated by cellular DNA damage and facilitate the repair of DNA breaks. For some time it was thought these three enzymes had overlapping or degenerate roles in DNA repair. However, recent evidence, including our research at the University of Sussex, shows that the three DNA-dependent PARPs may have distinct roles. Targeting the specific function of individual PARPs has the potential to enhance efficacy and reduce side effects in cancer patients. ADP-ribosyltransferases (ADP-RTs), commonly known as poly(ADP-ribose) polymerases or PARPs, exist in the genomes of a number of different species. They possess the ability to convert cellular nicotine adenine dinucleotide (NAD+) into ADP-ribose, and transfer that onto target proteins in a process known as ribosylation. This post-translational modification can affect the target protein’s activity, stability, localisation, or interactions. Thus ribosylation is a rapid and powerful way to modify cellular functions, and roles for ribosylation in signalling, transcription, DNA repair, cell death and ageing have been well studied¹-?.

PARP inhibitors block the poly-(ADP-ribose) polymerases PARP1, PARP2 and PARP3, which are activated by cellular DNA damage and facilitate the repair of DNA breaks

PARP activity was originally discovered in prokaryotes, as the catalytic component of Diptheria toxin, which inhibits protein synthesis in infected host cells?,?. Similar activity has since been characterised in a number of prokaryotic and eukaryotic proteins?. 18 PARPs are found in the human genome, each of which has a conserved catalytic domain, which binds NAD+ in its core. Functional diversity is conferred by variation within the catalytic domain itself?, and different members of the family can produce monomeric, oligomeric or poly(ADP-ribose) (PAR) on the surface of the target protein. For some members of this family, the word “PARP” is a misnomer, as only 6 of the 18 human PARPs have the predicted or confirmed ability to produce polymers?. Yet this term remains popular in scientific literature. Further functional diversity is acquired through other domains outside of the catalytic region. PARP1, PARP2 and PARP3 have DNA binding domains and are stimulated in response to DNA damaging agents, producing ADP-ribose at the site of a broken DNA end. A number of repair factors contain ADP-ribose or PAR-binding regions, so ribosylation acts to recruit repair factors to the site of the DNA break. Furthermore, auto-ribosylation of the PARP itself with negatively charged polymers results in its rapid dissociation from the DNA end, allowing other repair factors to access the DNA?,¹?. PARPs 1-3 can accelerate the repair of damaged DNA in a number of ways³,¹¹,¹².

Of the three DNA-binding PARPs, PARP1 is the most abundant and active, and has major roles in DNA damage signalling and repair¹³,¹?. The use of PARP inhibitors in cancer chemotherapy exploits the role of PARP1 in the repair of breaks in one strand of the DNA (single strand breaks or SSBs). These naturally occur at high frequency (tens of thousands of breaks per cell per day) as a result of oxidative metabolism, chemical genotoxicity, radiation exposure or transcriptional activity. PARP1 accelerates SSB repair by recruiting the repair factors to the break site¹³,¹?, and modification of PARP1 activity, either chemically or genetically, slows the rate of repair such that SSBs accumulate in PARP1 deficient cells. While SSBs are largely non-toxic, they can cause problems if transcription or replication machinery collides with them. In such cases, single strand breaks can be converted into double strand breaks (DSBs).

There are a number of ways in which the DSBs can be repaired, but unrepaired DSBs are toxic to the cell as they signal death via apoptosis¹?. Cancer cells are susceptible to the effects of PARP inhibitors as they are usually rapidly replicating, highly oxygenated, and can carry defects in DNA damage responses. In particular, a number of breast and ovarian cancers carry mutations in BRCA1 and BRCA2, and are deficient in the homologous recombination pathway required to repair DSBs induced by PARP inhibitors¹?-¹?. Therefore, while healthy cells in the patient are largely unaffected, PARP inhibition results in the accumulation of DSBs in tumour cells, specifically killing the tumour and leaving healthy tissue unharmed. A number of clinical trials have produced promising data for using PARP inhibitors to treat breast and ovarian cancer²?,²¹These trials have sparked excitement around this class of drug within the pharmaceutical industry, including several acquisitions²².

Cancer cells are susceptible to the effects of PARP inhibitors as they are usually rapidly replicating, highly oxygenated, and can carry defects in DNA damage responses

Many of the PARP inhibitors in clinical trials are based on 3-aminobenzamide (3-AB), which is structurally-similar to nicotinamide, but cannot be converted into ADP-ribose (Figure 1). 3-AB fits into the active site of the PARP catalytic domain, blocking access to NAD+ and rendering the PARP inactive. Modifications around the 3-AB-like moiety confer stability within the catalytic domain, and also enhance cell permeability and pharmacokinetics²³. PARP inhibitors interfere with DNA repair in two ways: One is by preventing ribosylation of target proteins and recruitment of repair factors to the break, and the other is by inhibiting autoribosylation of the PARP itself, preventing dissociation and effectively blocking the DNA from those repair factors²?. 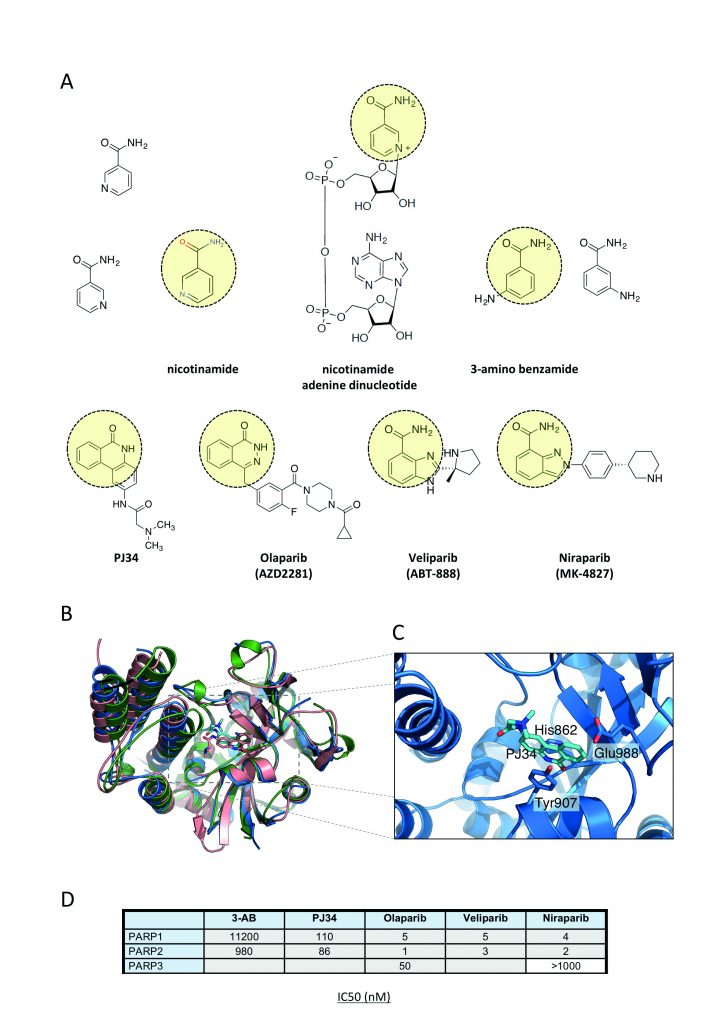 Figure 1: A number of PARP inhibitors exploit the high affinity of the PARP catalytic domain for the nicotinamide moiety of nicotinamide adenine dinucleotide (NAD+). (A) The structures of five PARP inhibitors, including one the first: 3-amino-benzamide, are shown, compared to nicotinamide and NAD+. In each structure, the nicotinamide-like moiety is highlighted. (B) The structure of the PARP1 (in blue, PDB 4uxb, bound to PJ34 in cyan), PARP2 (in green, PDB 3kcz, bound to 3-aminobenzamide) and PARP3 (in pink, PDB 3ce0, bound to PJ34) catalytic domains showing the similar structure and catalytic site. (C) Close up of the previously shown PARP1 catalytic cleft displaying the key residues forming the NAD+-binding pocket. (D) Comparison of in vitro IC50 values for five different PARP inhibitors against PARP1, PARP2 and PARP345-49.[/caption]

PARP1 senses DNA breaks via 3 zinc fingers in the N-terminal domain (Figure 2)²?. Last year, labs in Cambridge and Montreal discovered that there is a coordinated mode of PARP1 activation, involving the zinc fingers, WGR domain (so-called because of conserved tryptophan, glycine and arginine residues) and catalytic domain. DNA binding of the zinc fingers and WGR domain open the active site of the catalytic domain, allowing NAD+ to bind and be converted into ADP-ribose²?,²?. PARP1 catalytic activity is stimulated more than 500-fold by DNA breaks, and long, sometimes branching, chains of PAR are produced on the PARP1 itself and other target proteins²?-³³. The catalytic domains of PARP2 and PARP3 are similar to PARP1, particularly in the NAD+-binding active site, formed from a triad of histidine, tyrosine and glutamate residues. 3-AB and its derivative PARP inhibitors affect PARP2 and PARP3 to a similar degree, so it is important to consider that their cellular effects may result from inhibition of any of the three DNA-binding PARPs (Figure 1). For some time it was thought that PARP2 and PARP3 played degenerate or backup roles to PARP1, and their specific function would only become evident if PARP1 was absent. However, recent evidence from labs in Canada and the UK has shown that these three enzymes differ in their mechanism of activation, enzyme kinetics, downstream targets, and ADP-ribose product. 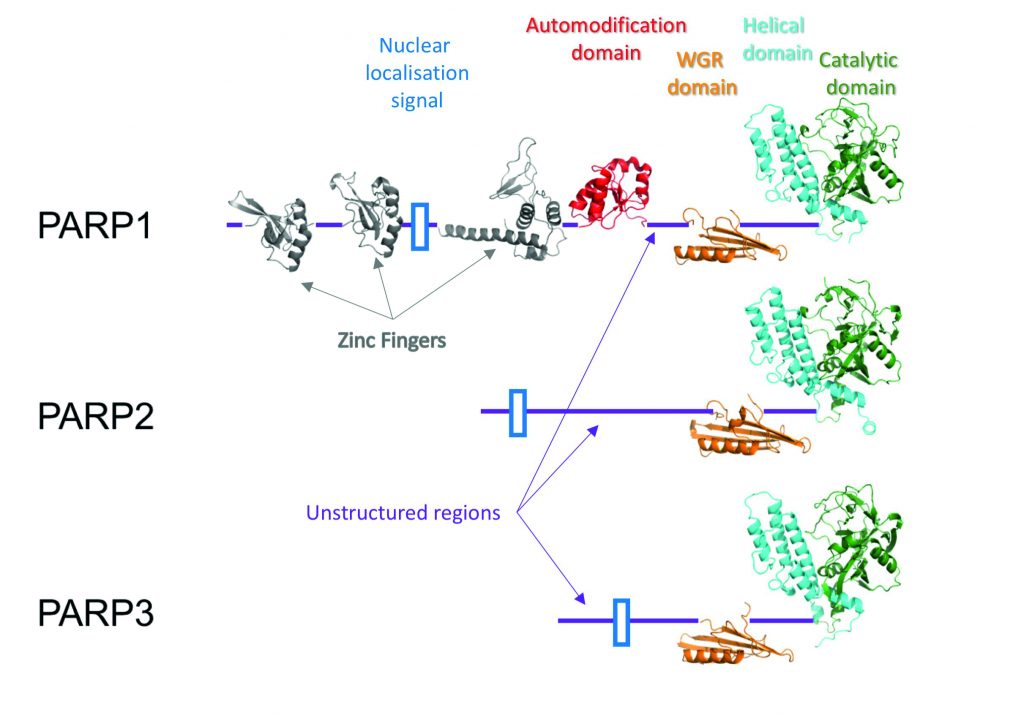 The catalytic domains of PARP1 and PARP2 are structurally and biochemically very similar. The poly(ADP-ribose) produced by PARP2 is chemically similar to that of PARP1, but the rate at which PARP2 produces the product is slower³?. In contrast to PARP1 and PARP2, PARP3 has a divergent catalytic domain and produces predominantly monomeric ADP-ribose³?-³?. It is also noteworthy that PARP2 and PARP3 have no N-terminal zinc fingers, and depend entirely on the WGR domain for recognising the DNA³?. While the zinc fingers of PARP1 are able to bind to many different kinds of DNA substrate, the WGR domains of PARP2 and PARP3 specifically recognise substrates that are phosphorylated on the 5’-end of the DNA³?. A recent joint study between the University of Sussex and Imperial College, London, which involved us, used state-of-the-art structural methods to determine how the WGR domain recognises the broken end of the DNA, and how the conserved residues in this domain coordinate the 5’-end of DNA molecule and activate catalytic activity. In the absence of the WGR domain, or if the WGR domain is mutated in these critical residues, the catalytic activity of this protein is abolished³?.

In contrast to PARP1 and PARP2, PARP3 has a divergent catalytic domain and produces predominantly monomeric ADP-ribose

Cellular events such as DNA replication and DNA damage leave marks on the chromatin to signal to repair processes where the event took place, and chromatin components such as histones can be post-translationally modified by phosphorylation, methylation or acetylation³?. The Sussex group sought to identify specific PARP targets in chromatin, to see if histone ribosylation was a way of signalling DNA damage events in the chromatin. It was already known that PARP1 preferentially modifies linker histones (histone H1) following DNA damage, but chromatin targets of PARP2 and PARP3 were unknown. Grundy et al., identified that PARP3 specifically targets Histone H2B on a specific residue (E2), a modification was absent in PARP1-modified chromatin³?.

In cells, mono- and poly(ADP-ribose) are rapidly turned over by a number if processing enzymes, which means it has been technically difficult to isolate PARP-modified target proteins from cell extracts. However, recent advances in proteomic technology have enabled the identification of specific PARP targets in cells extracts??,?¹. While overlapping targets have been identified, there are a surprising number of targets that are specific to each enzyme. This again suggests that these proteins have specific, rather than degenerate cellular functions.

PARP inhibitors have had huge success in clinical trials, due to the low toxicity of these compounds and effective synthetic lethality in BRCA1- and BRCA2-defective tumours. PARP1 is clearly the major target of these inhibitors, but PARP2 and PARP3 are clearly affected by many of these compounds. While some might consider the roles of PARP1, 2 and 3 to be overlapping, there is emerging evidence that each PARP has specific modes of activation, catalytic activity and downstream cellular targets. PARP2 appears to overlap with PARP1 in facilitating the repair of SSBs, but also has specific developmental requirements and certain tissue-specific functions?²,?³. PARP3 now appears to play a role in the repair of both single and double strand breaks³?,³?,??. While an inhibitor that blocks many different cellular functions may enhance tumour killing, inhibition of PARP2 and PARP3 may explain some of the side effects experienced in patients undergoing PARP inhibitor therapy. Development of selective PARP inhibitors may in the future reduce unwanted side effects in cancer patients, or even widen the scope of cancer chemotherapy to other types of cancer.

Authors: Dr Stuart Rulten is based at the Genome Damage and Stability Centre, University of Sussex, and studyies the role of PARPs and other proteins in cellular DNA repair. 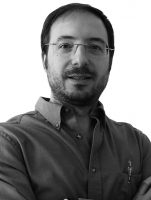 Dr Luis M. Polo is a Research Fellow in the Genome Damage and Stability Centre. His work involves studying the molecular mechanisms underpinning the processes of DNA repair.