The mind-boggling complexity of scientific waste

Why is scientific waste disposal complicated? Dr Matthew Partridge muses on that gap in student and researcher health and safety training, investigates documentation, and considers how we all might remember to stick our goo down the correct plughole 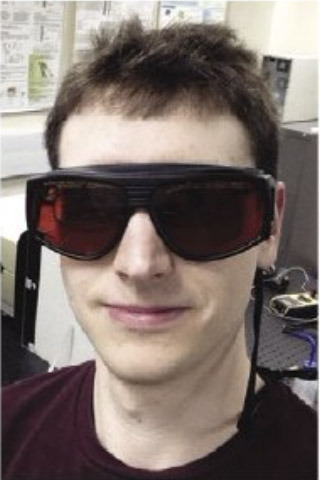 Given the exotic and exciting things that scientist produce you’d think that waste disposal would be staggeringly complicated. Special buckets for certain kinds of goo, shredders for tentacles, and mops specifically for flaming puddles would seem to be the bare minimum an average lab would need. In reality, things are so much simpler. If it’s solid, chuck it in the hazardous waste bin. If it’s liquid, pour it down the sink with lots of water. Job done!

The above is a joke. Scientific waste is mind boggling complicated and we totally do have different buckets for different goo and there really is a shredder for tentacles. But, somewhat worryingly, the above paragraph possibly sounded very familiar to a worrying number of scientists and lab managers. In my years of doing H&S and training, the Venn diagram combining people well trained in research and those well trained in proper scientific waste disposal was nearly two entirely separate circles.

For already established researchers, you can try to retrain them but personally I think a naming and shaming approach works better

The problem, I suppose, starts at university and college. Science practical time is short and expensive to run. Students and teachers want to spend as much time as possible running experiments, teaching protocols and tending to ethanol burn wounds. They don’t want a quarter of their lab time to be spent explaining patiently how you can’t pour a litre of ammonia in the sink and leave the tap running for 5 minutes (actually happened). Instead, they run an experiment and get a lab tech to clear up everything afterwards.

At best you might have had a couple of lectures on proper waste disposal, but these are somewhat undone at the next lab session with “oh just leave that on your bench we’ll sort it”. It was a while ago now but in all my university files there is not a single note covering proper practice for clearing up an experiment. This hasn’t improved over time either, I’ve had students that have barely had a sharps bin described to them, despite spending years in labs exclusively playing with glass and razor blades.

So, when you get to a real research lab you are woefully undertrained to dispose of anything properly and almost certainly not really thinking too hard about it. You are too worried about your next experiment and overthinking which chair to sit in at the coffee break because last time you were asked to move, you didn’t know people had their specific spots, and what if you end up having to sit next to the boss?

Have no fear though. This gap in teaching and training can always be well filled by good H&S documentation (for the purposes of the next part of this article let’s just pretend everyone reads H&S documents, I realise this is a stretch but please go with me on this one).

In the UK, EU and US, every chemical (and experiment) should have some accompanying documentation to tell you how to use it safely and - very importantly - how to safely dispose of it. For example, here’s the waste disposal information for a tetragenic compound I used to work with.

“Wash down the sink with plenty of water.”

“Dispose of in an appropriate hazardous waste bin.”

This is now explaining why, in that same lab some years earlier, someone once thought that the neatly labelled (and separate) acid and oxide waste disposal bins were a suggestion and not a requirement. For non-chemists, the result sounded a lot like “FWoooosh”.

So, what’s the answer? Better training seems like a good place to start. For students, clearing up needs to actually be part of the experimental protocol rather than something done by mysterious lab yetis. For already established researchers, you can try to retrain them but personally I think a naming and shaming approach works better. Every time the H&S inspector find something wrongly disposed of, make them wear a badge that says “I’m such a bad researcher that I can’t even throw experiments away properly.”

Whatever the solution this is something we all need to work at. Just for once, I’d like to move into a new lab without having to get  out the Geiger counter to check to see if there is any radiative isotopes that have been washed down the sink and got stuck in the U-bend (also actually happened, hazmat team had to be called). That doesn’t seem like too much to ask.