Apologies for the newsletter misdirect if you were looking for Biophilic building for human resilience and pandemic prevention please click here otherwise do read on...

Just before the first lockdown, a major collaborative project came to fruition when the world's first high energy proton beam workstation was delivered to the NHS therapy centre that is now using it for critical cancer research. Here, Evan Kitsell, David Boast and Karen Kirkby, tell us the story of how this collaboration came about. 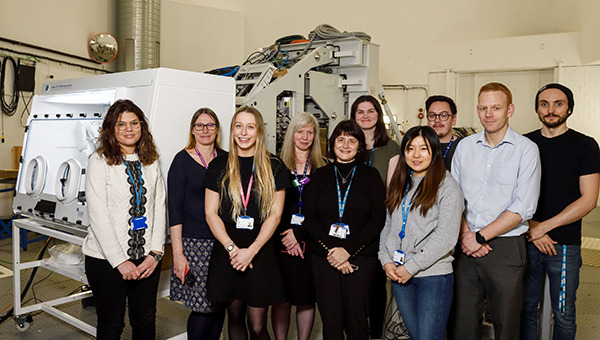 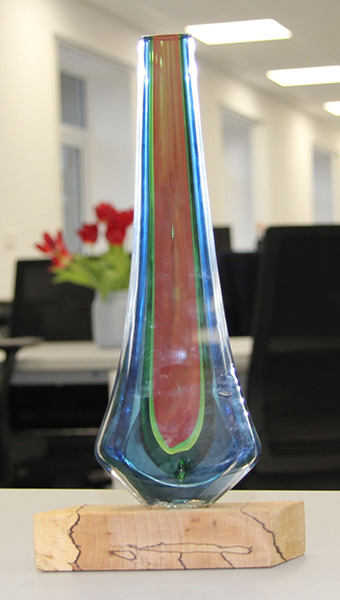 Image: The team involved in the Manchester Proton Beam Project

The PRECISE Group at the University of Manchester, The Christie NHS Foundation Trust and Don Whitley Scientific recently announced the world’s first Proton Radiobiology Modified Atmosphere Workstation with integrated robotic arm, which will be used for research into cancer treatments. The Proton Beam Therapy Centre at The Christie, Manchester, is the first NHS high energy proton beam therapy centre in the UK. Within the facility there is a dedicated research room, which was funded by The Christie Charity, where this new Whitley Workstation will be operated. The workstation with its integrated robotic arm was funded by CRUK Manchester Major Centre funding.

Although the project has only recently been announced publicly, by a twist of fate, delivery of the finished workstation took place a few days before the start of the first national lockdown!

The collaboration story: modelling the proton beam path
In July 2017, Don Whitley Scientific (DWS) was approached by the PRECISE Group at the University of Manchester to collaborate on the development of a new modified atmosphere workstation. The specialised workstation had to support multiple experiments, conducted under hypoxic conditions in a rapid and efficient manner.
The Group was aware of our reputation as some of their colleagues had worked with various Whitley Workstations over the years. In addition, at least one of the team had previous first-hand experience of the thorough way in which we develop new products - and had been very impressed.

We collaborated very closely with the Manchester team to define precisely what was required and realised that the most effective way to expedite this project was to extensively customise one of our existing workstations.

David Boast, DWS Product Development Engineer on the project, said, “There were several challenges associated with the project, ensuring that we could create a clear path for the beam through the workstation. The proton beam needed to pass through the workstation without hitting the robot, the sample ‘hotel’ or any of the workstation operating hardware. The DWS product design and development team routinely make use of Autodesk Inventor, an industry standard, powerful, solid 3D modelling package. However, in addition, this project benefited from a surprisingly large number of cardboard and wooden models and test rigs, prior to finalising the design in Inventor. Evan and I enjoyed working on this unusual project. We produced models of the robot and associated accessories, including a sample holding ‘hotel’ and a washing station. During a number of project meetings with the PRECISE Group and the supplier of the robot, we worked together to ensure that every area that could have caused difficulties was resolved sensibly.”

DWS Design Director, Evan Kitsell, commented, “We were delighted to be invited by the PRECISE Group at the University of Manchester to collaborate with them in developing the first modified atmosphere workstation of this type. We worked very closely with them to ensure that their preferred protocol could be accommodated in a Whitley Workstation. It’s humbling to know that this project will accelerate an understanding of the best way to utilise PBT in the ongoing fight against cancer.”

Kitsell continued,"We developed a close rapport with the team at Manchester who were clearly knowledgeable, dedicated and as committed as we were to ensure that we got the best possible outcome. Part of our role was to make visible what might otherwise have been a somewhat abstract concept and by the use of a mix of traditional model making techniques and modern, contemporary product development tools, the PRECISE Group and ourselves worked towards a successful conclusion. On a personal level, this was a really enjoyable and interesting project to be involved with and one where Dave and I were humbled to realise we could contribute in a significant way to the fight against cancer."

What is Proton Beam Therapy?
Proton Beam Therapy (PBT) is an advanced form of radiotherapy using a high energy beam of protons, rather than high energy x-rays, to deliver radiotherapy. PBT directs the radiation treatment to precisely where it is needed with less damage to surrounding tissue.
The workstation controls oxygen in 0.1% increments up to 20%; carbon dioxide in 0.1% increments up to 15%; and relative humidity up to 80%. Researchers are able to set up the ideal conditions for their experiments, essential for research into the response of hypoxic cells to proton or proton-flash irradiation. Within the Proton Radiobiology Modified Atmosphere Workstation, there is a racking system, which users pre-load with up to 36 samples contained in multi-well plates and/or tissue culture flasks. The workstation incorporates a precision, multi-axis industrial robot so that samples can be taken from the racking system, subjected to the beam, and then returned to the rack. This arrangement automates the testing process so that the largest possible number of experiments can be performed, under repeatable conditions and in the shortest possible time, without human intervention.

Professor Karen Kirkby from the University of Manchester and The Christie stated, “We really enjoyed working with Don Whitley Scientific on this project. We were fascinated by their approach to product development, which was a combination of taking the time to understand our needs, brainstorming, traditional model making, industry standard solid 3D modelling and old-fashioned common sense. The DWS team went well beyond the call of duty to ensure that the supplied workstation exceeded our expectations. We hope to start experiments in the next few weeks that we have looked forward to performing for so long.”
It is highly significant that the first modified atmosphere workstation of this type should be installed in Manchester, where the proton was discovered by Sir Ernest Rutherford in the early 20th Century. The potential for treating patients with protons was realised as long ago as the mid-1940s. In recognition of the work undertaken on the project, the PRECISE Group presented Don Whitley Scientific with an original hand-blown glass sculpture of a Bragg Peak, a pronounced peak on the Bragg curve that plots the energy loss of charged particles during their travel through matter. It is named after William Henry Bragg who discovered the phenomenon in 1903.

Image: an original hand-blown glass sculpture of a Bragg Peak

Contributors: David Boast is a Product Development Engineer and Evan Kitsell is Design Director for Don Whitley Scientific. Professor Karen Kirkby is from the University of Manchester and The Christie