How to use serum viscosity to understand COVID-19 patient risk

2020 has been a strange year all round. An unknown virus, probably in a bat colony in central China mutated to allow it to infect humans too. Within 3 months of the virus being identified as Corona Virus SARS-CoV-2 (Severe Acute Respiratory Syndrome Coronavirus 2), 90% of the world had shut down...

Steve Walton, follows up on his previous article How COVID-19 kills: a tale of two conditions with an outline around how serum viscosity measurements can be used to identify high risk patients for further investigation. 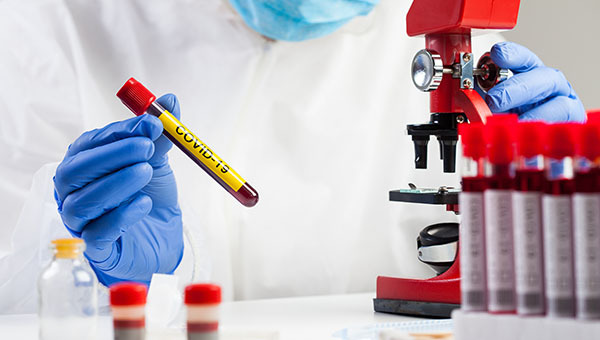 Developed countries health care systems were stretched to the point of collapse, old people were left to die in several “civilised countries”; world travel was stopped; many countries borrowed or printed money several times their GDP and political leaders fell in to 2 camps. One set of world leaders went in to political denial, pandemics will not affect our  modern country we can carry on as if nothing has changed; or went in to meltdown and closed down their countries with severe long term financial consequences. Neither reaction has protected their countries health nor their countries wealth. It is just a matter of degree whether health or wealth has been damaged the most and maybe over time it may turn out that there is little difference.

Whatever the political reaction to the virus infecting their countries population the majority of leaders appeared to believe that medical science was going to miraculously save them from a problem over which they had neither control nor knowledge. The key mantra was our scientists will soon produce a vaccine which will save our population and our political skins; meanwhile the virus oblivious to the turmoil marched on. Countries that had hoped to carry on regardless soon found that they had a mounting death toll that they were being blamed for by not locking down sooner. While countries that had rapidly locked down soon realised that they had no way of maintaining lockdown either physically or financially until the vaccine became available. Moving out of lockdown proved a lot more difficult that imposing it in the first case.

At the time of writing there is a realisation that the virus, or rather the disease caused by the virus, COVID-19, is here to stay and we need to live with it.

Over the last 4 or 5 months world scientists have collaborated to such an extent that whereas 6 months ago no one had heard of SARS- CoV- 2 or COVID-19, they now know its full genome and how it can infect the human body. They also know that unlike any other Severe Acute Respiratory Syndrome SARS- CoV- 2 does not produce a pure respiratory illness. In fact, the majority of deaths attributed to COVID-19 are not respiratory but predominantly due to other organ failure and a major contributing factor is the increased tendency to form blood clots which lead to heart failure, strokes, kidney failure and when formed in the lung respiratory failure. In short Covid 19 patients suffer from multi organ failure.

Medical teams treating COVID-19 patients have faced a dilemma, from early on it has been known that the majority of patients who contract COVID-19 infections do not develop a severe illness. However the minority who do are strongly linked with other factors that increase the risk of ill health, being older, having heart or respiratory problems, having diabetes or being obese. But knowing these risk factors does not indicate whether an individual patient will go on to develop severe symptoms, so medics around the world do not know which patients to monitor or treat until it is too late and the patient already has a severe condition which is extremely difficult to treat and even if successfully treated may leave the patient with long lasting health issues requiring long term support.

Now what would the medics around the world say if there was a cheap simple blood test that could divide these patients in to the two groups, those that need treatment and those that don’t?

2. Plasma viscosity measures the viscosity of blood fluid with all the cellular components removed. The key factors affecting plasma viscosity are the fibrinogen concentration and antibody levels. More of which later.

3. Serum viscosity measure blood fluid after the blood has clotted and therefore does not contain several of the factors required in blood clotting, of which fibrinogen is one. Therefore the main factor to affect serum viscosity is antibody concentration.

In current practice whole blood viscosity measurements are time consuming and difficult to perform as the analysis requires measurements at varying shear rates on the same sample. Fortunately in COVID-19 patients valuable information is obtained from just plasma and serum viscosity analysis.

There are now several reports that severe COVID-19 patients have raised blood viscosity levels. More specifically they have raised Plasma and Serum viscosity levels. A paper published from Emory University Georgia Atlanta in the lancet 25 May 2020 by Cheryl Maier demonstrated a dramatic rise in severe COVID-19 patients of more than double the normal value. The same paper also linked this rise in viscosity to patients with severe clotting risks.

An understanding of what is being measured in plasma viscosity makes this link an obvious one. As mentioned earlier in this article plasma viscosity is mainly affected by fibrinogen and antibody concentrations in the patient. Fibrinogen is the compound that is the precursor to the fibrin strands that form a blood clot. In normal human blood it is found at a concentration of 1.5 to 4.0 gms/l. In Dr Maiers COVID-19 patients she found they had fibrinogen levels of up to 5 times the normal value. It could therefore be inferred that patients with a high or rising plasma viscosity are the patients that are going to have or develop severe multi organ failure. Unfortunately as with most aspects of COVID-19 infection things are not that simple.

As stated previously plasma viscosity values are affected by both fibrinogen and antibody levels. So a raised plasma viscosity cannot be attributed to fibrinogen concentrations without further testing, such as performing fibrinogen levels. Although this is possible, fibrinogen analysis requires further blood samples to be taken and is a relatively expensive test. This is where the serum viscosity comes in.

Serum viscosity is not affected by fibrinogen levels, but is affected by antibody levels. Therefore if a plasma and a serum viscosity analysis is performed on blood from a  COVID-19 patient drawn at the same time, it is possible to extrapolate meaningful clinical data by comparing the 2 results.

Logically patients can have :-

It is unusual to have reduced values of either plasma or serum viscosity.

If both results are raised patients will have raised antibody concentrations and possibly raised fibrinogen levels. These patients will need further investigation as the increase in antibody levels could be due to the patient recovering or going in to the cytokine storm.

A raised plasma viscosity with normal serum viscosity indicates raised fibrinogen with no antibody response. These patients are probably deteriorating and will probably require intensive therapy

A raised serum viscosity with normal plasma viscosity values indicates increased antibody production only and may indicate a recovering patient. These patients should have an antibody test for COVID-19 specific antibodies.

In conclusion a simple cheap test that has been available theoretically for a hundred years and practically for 50 years; but has been underutilised by the medical profession could well be the way of leading the world out of the dilemma posed by SARS-CoV-2. At least until that elusive vaccine is available.