How COVID-19 kills: a tale of two conditions

Steve Walton, explains why he believes the majority of patients that die after being infected with SARS CoV-2 virus infection do not die from respiratory failure, but because of a systemic multi organ failure... 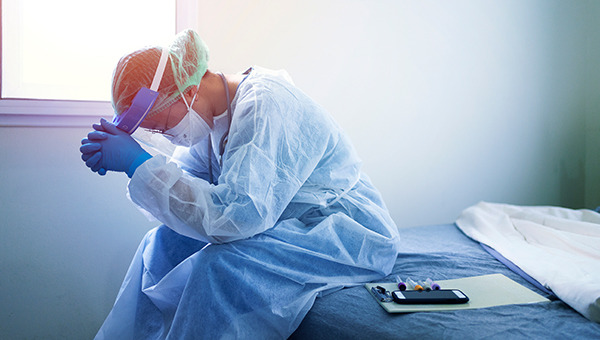 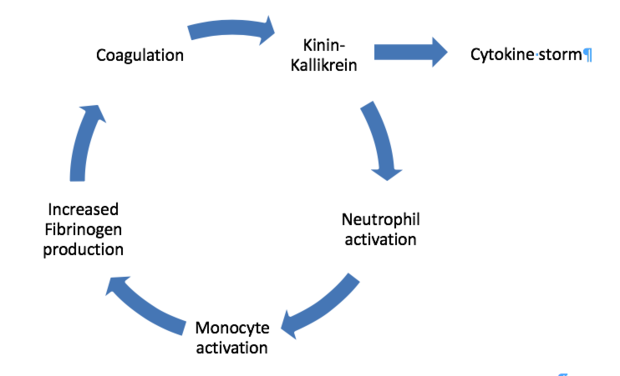 Although scientists and clinicians still do not fully understand what COVID-19 does to a patient several facts have emerged over the last 6 months that at least allows us to speculate, or for the scientists hypothesise what is happening.

It appears when first infected with the virus patients suffer no symptoms (asymptomatic) for the first 48 to 72 hours. During this period they are contagious and capable of spreading the infection to others. After this initial lag phase the patient then progresses down one of two paths, either they remain asymptomatic or they develop a cough and fever which may require them taking to their beds as with flu.

The patients who remain symptom free pose a large threat to the rest of the population, as they tend to carry on with normal life; unaware that they are passing on the virus to people they meet; on the bus, at the shops, at work, in the park etc.  Identifying these carriers is difficult and requires back tracing from patients who develop symptoms.

Patients who develop symptoms again divide in to two groups. Group 1 patients after 9 or 10 days start to get better, while group 2 patients after 9 to 10 days get markedly worse. For the patients that start to improve after this time they tend to fully recover like after flu.

Up to this point patients can be classed as having one condition, a respiratory illness, albeit not acute.

It is the patients who deteriorate after about a week to 10 days that develop a second condition. This second condition, although initiated by becoming infected with SARS Cov-2, does not appear to be directly related to viral activity, but is more probably due to the patient’s body being unable to control its defence mechanisms.

When a human body becomes infected several distinct but interactive defence systems are activated. These include the coagulation system; the immune system - both cellular and chemical, the complement system (a system which leads to the puncture of bacterial cell walls) and a little known or understood system called the Kinin-Kallikrein system, which controls inflammation, blood pressure control, coagulation and pain. All of these systems are delicately controlled by a series of activators or inhibitors which work through a series of positive and negative feedback loops to by and large maintain the status quo for the body to continue to function.

If the balance of any of these systems is disrupted then there are serious consequences. Haemophilia an inherited disorder where the coagulation factor, factor 8 (FVIII) is either missing or severely reduced illustrates this point. FVIII is one of more than 20 identified components involved in the control of blood clotting. Yet untreated haemophiliacs have severe life shortening problems.

What does this mean for COVID-19 patients?

Scientists are convinced that SARS CoV-2 infects humans by being pulled in to the epithelial cells which line the airways into and including the lungs. This happens because the protein coat of the virus happens to have either the same or a similar sequence of amino acids to human Angiotensin Converting Enzyme (ACE). The epithelial cells have a sequence of amino acids which causes ACE to stick to it, called ACE receptors. When the virus is inhaled if it comes in contact with a free ACE receptor it binds and enters the cell. Once inside the cell the virus takes over the cells reproductive capacity and millions of new viral particles are produced. The epithelial cells burst and die releasing these millions of virus particles to both bind to more epithelial cells and to be exhaled by the patient to possibly infect other humans.

Why is this relevant?

ACE is a control mechanism for one of the key activation factors of that little understood system the Kinin-Kalikrein, Bradykinin. Bradykinin receptors are also found on lung epithelial cells adjacent to the ACE receptors. Under normal conditions ACE bound to lung receptors markedly inhibits the binding of Bradykinin to its receptor and inhibiting bradykinins functionality. Bradykinin is a potent activator of several cellular and humoral systems, leading to vasodilation (enlarging of the blood vessels) which causes a drop in blood pressure, porous blood vessels which leads to fluids leaking from the blood into the tissues, including the lungs, activation of the white cells to defend against infection, including monocytes, neutrophils and lymphocytes.

With the ACE receptor either bound to a SARS CoV-2 virus or destroyed, patients with COVID-19 lose their capacity to control the effects of Bradykinin which has a major impact on the patient and pushes them in to the second stage of COVID-19 (Systemic COVID-19 Syndrome). Which frequently ends with a patient developing multi organ failure.

How does the loss of bradykinin inhibition create the second phase of COVID-19?

A majority of patients that die after being infected with SARS CoV-2 virus infection do not die from respiratory failure, but because of a systemic multi organ failure, which could be linked to continuous activation of bradykinin.

Initially in the lungs, bradykinin binding to its receptor will lead to the epithelial layer becoming porous, allowing the ingress of fluid into the lung causing pneumonia. Along with fluid Bradykinin also attracts and activates neutrophils which release a range of cytokines to activate other cells and defence pathways notably a procoagulant that initiates clot formation. Initially, multiple small clots will form in the lung which is a common finding at autopsies of COVID-19 patients. Lung damage occurs through two mechanisms, SARS CoV-2 virus killing lung cells and ischaemic damage caused by the clots. Lung tissue is rich in a compound known as tissue factor which is an independent activator of the coagulation system, which is released in to the blood stream as the lung cells are destroyed.

The clotting process then develops throughout the body due to the increased circulation of procoagulant activators transported via the blood stream, leading to multiple blood clots in various organs including the lung, brain and liver and subsequently multi organ failure.

COVID-19 patients have also been shown to have levels of the coagulation factor fibrinogen 10 times the normal concentration (S. Maier et al, The Lancet, Volume 395, ISSUE 10239, P1758-1759, June 06, 2020). This in turn further increases the incidence of clot formation. Fibrinogen production is stimulated by activated monocytes in the liver tissue where fibrinogen is produced and monocytes are stimulated by cytokines released from activated neutrophils. The chemicals that control all these processes are called cytokines; they are potent activators or inhibitors that are released from various cells when the cell is activated. In COVID-19 patients the balance of cytokine activity is pushed towards activation and the inhibition loops appear either not to be working or overwhelmed by the activation loop.

COVID-19 patients appear to have a major cytokine inhibitor removed, Angiotensin Converting Enzyme which is the bradykinin inhibitor. Angiotensin Converting Enzyme activity is known to be impaired by COVID-19 infection blocking its receptor. The difference in whether patients develop the second stage of the condition, the non-respiratory stage, may be down to how many ACE receptors are damaged by the virus before the patient recovers from the first phase.

A whole new line of enquiry?

So, does the current research around bradykinin receptor blockers, ACE2 and Angiotensin Receptor Blocker (ARB) therapy link with this idea? I don't think so. I think this is potentially a whole new line of research.

I think that blocking ACE2 receptors could well increase the risk of bradykinin over activation because it is the binding of angiotensin converting Enzyme to ACE2 receptors that down regulates bradykinin. The potential benefit of using ACE2 blockers is to inhibit SARS CoV-2 entering the epithelial cells. My belief is that for patients in stage 2 (severe COVID-19 infection), bradykinin itself has to be inhibited because the body has developed a self-fuelling cycle.

An article, 'Diagnosis and Treatment of Bradykinin-Mediated Angioedema: Outcomes from an Angioedema Expert Consensus Meeting', published in the International Archives of Allergy and Immunology in 2014 discusses bradykinin inhibition for treating angioedema. The authors suggst two potential drugs; the β2 bradykinin receptor antagonist, icatibant, and the kallikrein inhibitor, ecallantide. However, I am not aware of any trials for this type of therapy in COVID-19.