Games have never been more popular and in their column Dr Louise Robinson and Dr Ian Turner, take us through The New Science to find out if it is any good... 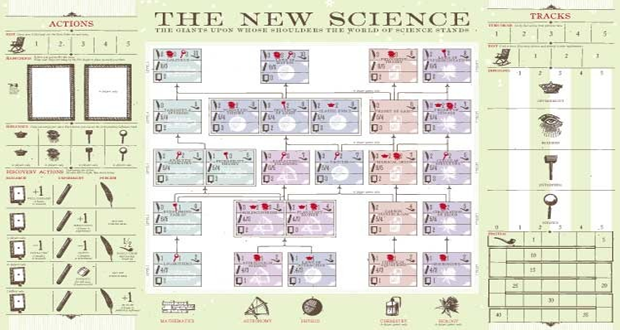 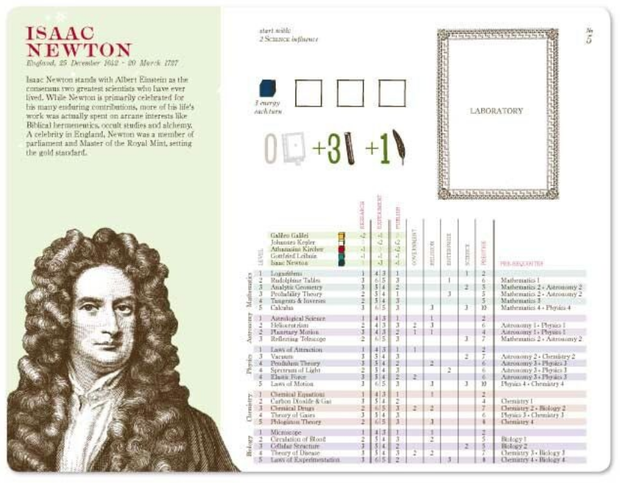 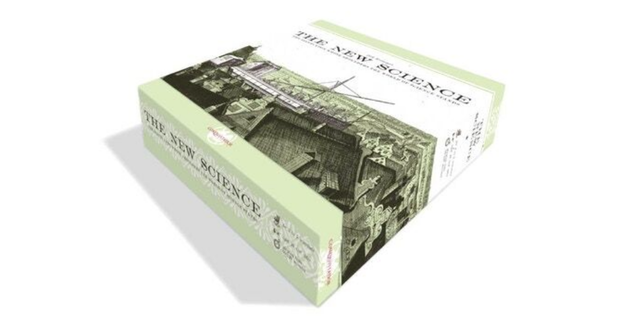 What is The New Science?

Making outstanding discoveries, publishing your findings in prestigious journals, receiving accolades... are these not ambitions of scientists across the world? Well now you have the chance to achieve it, at least in a board game. The game is set in Europe in the 17th century where you take on the role of Galileo, Kepler, Newton or another famous minds from the time. You are competing with each other in an intellectual race to become the first President of the Royal Society.

The game is really good fun to play. It uses a ‘worker placement’ mechanic of allocating energy to decide how your scientist will invest their time each turn. The options range from rest, increasing your influence within different areas such as the government and most importantly researching, experimenting, and publishing your findings. The game is complicated by the science tree and the race for the big discoveries. For instance, the microscope needs to be researched, experimented on and published before you can start to work on the circulation of blood. But once the microscope is published your rivals could turn their interest in that direction and beat you to the discovery! There is plenty of opportunity to gain an advantage through ‘happenings’ cards - for example you can recruit an apprentice or cash in on some networking from being a regular at the saloon. You can even, if feeling a little mischievous, bad mouth your rival and damage their reputation.

The game is based on the scientific revolution in the 17th Century and the flavour of all the game pieces fits nicely into this. The scientific discoveries e.g. calculus and the laws of motion are appropriate to the time period as are the people, tools and activities on the cards. Each card includes some text that helps players understand a little more about the period. The games theme of balancing ‘what’ you know against ‘who’ you know gives an interesting view of the power games of the time. The game realism ends there, as the scientists in the game did not work specifically on the discoveries included or compete in the way the game is played out. History also tells us none of these scientists became the first president of the Royal Society, that honour went to William Brouncker.

Instead of lab politics, gather four fellow scientists dreaming of grandeur and battle it over a board.