Is piracy of journals wrong?

Piracy and the modern world of academic publishing – Russ Swan gets into the moral maze of copyrighting scientific knowledge. 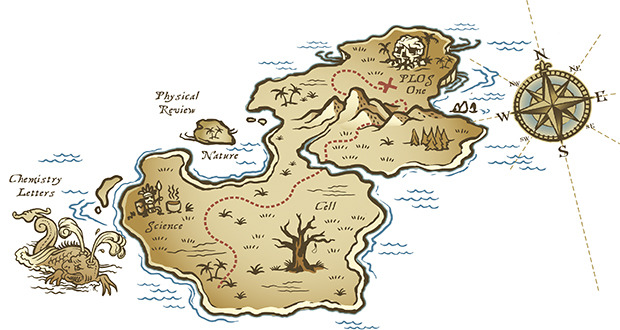 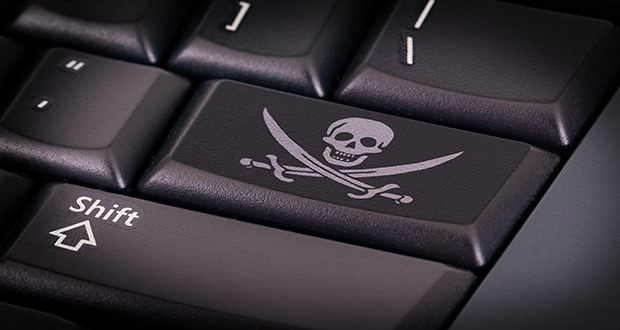 Piracy and the modern world of academic publishing – Russ Swan gets into the moral maze of copyrighting scientific knowledge.

If you drink rum before noon, it doesn’t mean you’re an alcoholic. It means you’re a pirate. This sage advice was offered by a social media meme and who, me hearties, can argue with that? Leaving aside the high seas-type piracy that still threatens those navigating some of the planet’s more lawless waters, these days we tend to think of it as being a matter of copyright rather than cutlasses. There’s no doubt that the digital age has presented many new opportunities to get all kinds of stuff without paying for it – music, movies, novels, you name it. Piracy is rife.

What about knowledge? What about truly valuable stuff like facts and information and insight? Can that be – should that be – subject to copyright? It’s a long-running issue in scientific circles, and one that has been aired here before – how can it be right to charge for access to knowledge? Research is conducted, often at taxpayers’ expense, and the knowledge gained is distilled, written-up, distributed for peer review, returned, amended, delivered to a publisher, and… locked away from those unable to cough up a few doubloons. Conventional scientific publishing involves the authors and reviewers doing a lot of work for free and then handing it over journals, where it is held to ransom. The treasure chest of knowledge is accessible to anybody, as long as they can pay.

There is a buccaneering alternative, growing in popularity and seen by some as the way forward. Open access involves much the same process as traditional publishing, but makes finished papers freely available on the internet to anybody that wants to read them. And why not? The notion of ring-fencing knowledge to the select few was popular with pre-enlightenment religion and has no place in modern society.  The problem is that the process still needs to be financed. With open source, the burden is shifted from the reader to the writer, meaning that researchers have to find the resources to pay the publisher. Follow the booty trail upstream, and the poor old taxpayer is still footing the bill. Between these two camps, a third and properly piratical movement is gaining ground. Just as with music and movies, there is a growing habit in some circles of simply stealing whatever papers are wanted. 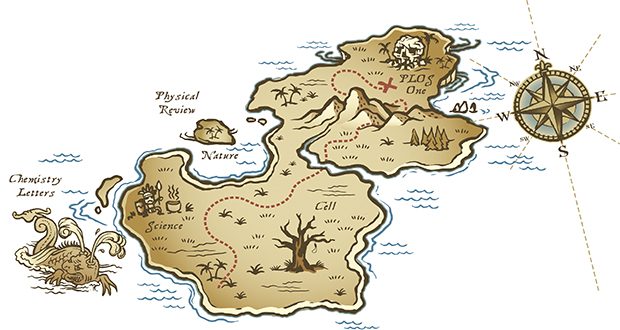 Sci-Hub and LibGen aims to make accessing journals easy and most important of all - cost free.[/caption]

At the vanguard of the flotilla is the Napster of scientific publishing, Sci-Hub. Launched five years ago from Kazakhstan, it proclaims the loftiest of intentions – to make knowledge freely available to those who otherwise couldn’t afford to pay the big publisher’s charges. A typical paper might cost $30 to access online, if you aren’t lucky enough to have access via a subscription. That’s enough to discourage some researchers even in the comparatively well-funded western world. For a scientist in a developing country, it can be completely out of reach. Sci-Hub gets around the paywalls by good old-fashioned piracy. When a user requests a certain paper, it first looks in the Library Genesis Project, universally known as LibGen, to see if a copy has been lodged there. LibGen has been illicitly collecting and storing academic papers since 2012 and currently holds over 48 million of them.

So far, so simple, but Sci-Hub is more than just a gateway to a repository of pirated content. If it finds that a paper is absent from LibGen, it goes straight to the source at a mainstream publisher. Using a number of access keys provided by sympathetic academics with subscriptions, it raids the vaults at Elsevier, Sage, JStor, Springer, or wherever, and delivers the paper direct to the requester. It then lodges a copy at LibGen for good measure. In many ways, this is simply automating an informal process of swapping papers that has been going on ever since emails could deliver attachments. It also seems transparently illegal and indefensible. Is there really any moral difference between ripping off a copy of the Arctic Monkeys’ latest album and stealing a copy of the latest issue of the Journal of Chromatography (annual sub a snip at a little over €20,000)? Is it different from strolling into a High Street shop and slipping a magazine or CD into your pocket? Well, yes it is. Of course it is. It has to be. We’re talking about the growing sum of human knowledge, not some catchy tune that turns into an earworm. To hold scientific papers back from poorer researchers simply because it suits the big publishers to continue to make fat profits is as immoral as insisting that books can only be written in Latin in order to keep the plebs in their place.

I happen to believe that copyright is important, but that it should not apply to something as fundamental as knowledge. Researchers do not make a living out of royalty payments, and have no interest in withholding the results of their work. I can’t condone the breaking of laws, but neither can I condemn those who are sharing scientific information without making a profit for themselves. Who is the real pirate – the big publishers holding knowledge to ransom, or the privateers who are hoisting the Jolly Roger?