More than two-thirds of our planet is covered by water – what role, if any, does this large expanse play in the climate change of our planet? Dr David Woolf, explains more about the role of the oceans in lessening the effects of global warming. 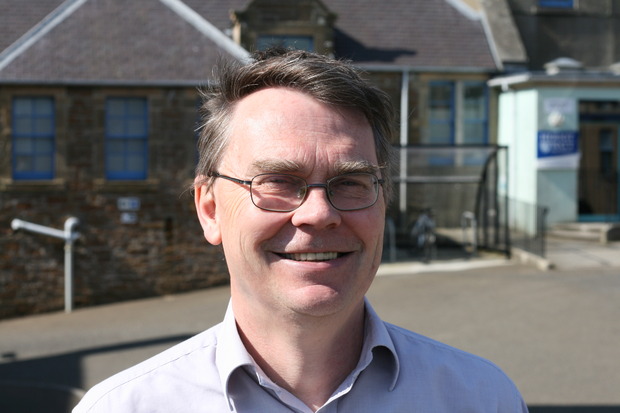 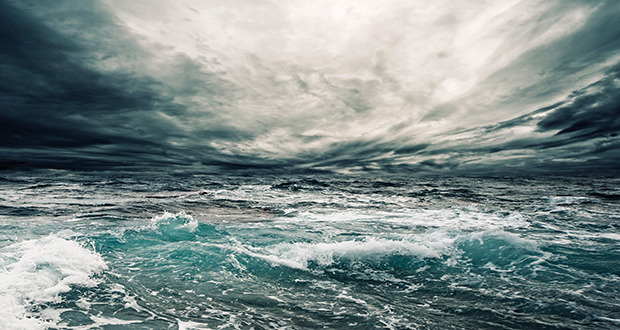 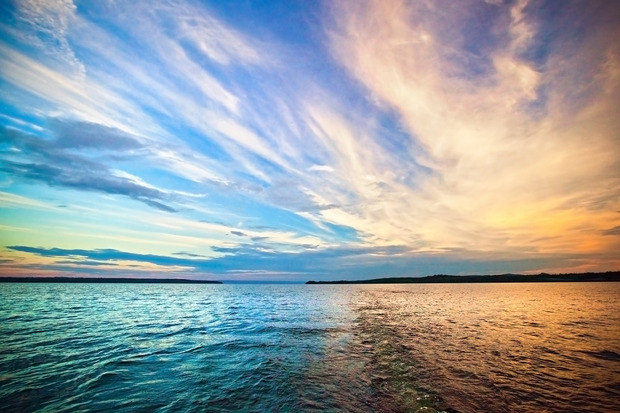 More than two-thirds of our planet is covered by water – what role, if any, does this large expanse play in the climate change of our planet? Dr David Woolf, explains more about the role of the oceans in lessening the effects of global warming.

The build-up of carbon dioxide in the atmosphere and the implications for global warming are well known. Since there are other “sinks” for this carbon dioxide, not all of the carbon dioxide released to the atmosphere accumulates in the atmosphere. When we deal with storage and transport of carbon dioxide, we typically use units of Gigatonnes of carbon (GtC) for the storage of carbon dioxide in different reservoirs of the Earth system, while transports are represented as fluxes between reservoirs measured in GtC per year (GtC/year). Many very large reservoirs, notably sedimentary rocks containing carbonates, are very important on geological time scales, but the study of the contemporary carbon cycle is mostly concerned with a few reservoirs that are subject to relatively rapid change due to the activity of man. Among those reservoirs is the ocean, extending from the remotest deep oceanic regions to our coastal seas. The role of the oceans as the forgotten carbon sink is the subject of this article.

Studies of the oceanic sink are often the poor cousin of studies of industrial emissions and the terrestrial system, since they fall outside of most direct national interests.

Around 10 GtC/year is released to the atmosphere by fossil fuel burning, cement production and land use change. However, terrestrial and oceanic systems absorb at least one half of that total. A net terrestrial uptake of perhaps 3 GtC per year is now broadly accepted but, despite a very large research effort, the reasons for that uptake – though usually attributed to a mixture of CO2-fertilisation and changes in land management – are poorly understood. Indeed, this “land sink” is only calculated as a residual of the other fluxes and the observed accumulation in the atmosphere¹. Therefore, estimates of the net terrestrial uptake in different regions and nations are dependent on the accurate calculation of the regional oceanic sinks. Studies of the oceanic sink are often the poor cousin of studies of industrial emissions and the terrestrial system, since they fall outside of most direct national interests. It is sometimes forgotten that the estimates of terrestrial fluxes are only as good as the estimates of fluxes to the coastal seas and ocean basins that neighbour each land region. Additionally, the ocean is a large shared resource and the services that it provides to all of us should be valued. One significant service is currently the absorption of carbon dioxide, thus alleviating global warming. The precise value of that service and also the ability of the ocean to continue to provide that service later in the twenty-first century are critically important.

At the same time, the absorption of additional carbon dioxide is not without cost, since it is leading to the acidification of the oceans², with unknown future implications for marine ecosystems. There are a number of methods to estimate the annual global uptake of CO2 by the oceans, but in order to understand local fluxes across the sea surface we generally rely on the air-sea flux equation. This calculates the local net flux as the product of an effective concentration difference across the sea surface and a transfer velocity. There are a number of subtleties to these calculations that have kept researchers in this area busy for the last few decades. Several of the issues involved have been tackled over the last few years by an international group supported by the European Space Agency³. The effective concentration difference between the atmosphere and ocean is calculated taking into account the solubility of carbon dioxide in seawater. It is not enough to know the concentration in the lower atmosphere and the upper ocean, instead we must accurately calculate the difference in dissolved concentration across the sea surface, which requires the solubility at the sea surface. Since solubility of carbon dioxide (and other gases) is dependent on temperature and salinity, the surface temperature and salinity are important. In particular, the fact that within the top millimetre the sea is relatively cold (“a cool skin”) is significant to the calculation. This effect? and others have been debated over the years and an important part or our recent work has been to resolve recent disputes?. It is now clear that the cool skin – and also an effect of additional pressure on submerged bubbles? – considerably increase the calculated net flux of CO2 to the oceans.

With correct formulae for calculating concentration differences and transfer velocities, we are ready to calculate the flux of CO2 at any point on the sea surface, but we need data.

The effective concentration difference must be multiplied by a “transfer velocity” to find the flux. This transfer velocity essentially expresses the efficiency of turbulent processes at the sea surface in stirring gases between ocean and atmosphere. Since those processes mostly depend on the wind, it is usual to estimate a transfer velocity from the wind speed and simple molecular properties of the gas and seawater. This simple approach has been used with considerable success for a few decades, but at the same time we have learnt more about the complexities of sea surface processes. While the wind drives exchange processes, the process is not simple or direct. Exchange of gases can occur both as a result of turbulent flow associated with the wind and breaking waves and as a result of bubble production and evolution. One of our recent contributions has been to describe the transfer velocity of gases as a sum of a “direct” term related simply to wind speed and a “bubble-mediated” term dependent on wave breaking?. With correct formulae for calculating concentration differences and transfer velocities, we are ready to calculate the flux of CO2 at any point on the sea surface, but we need data. That data comes from a number of sources. Carbon dioxide in the upper ocean can only be measured in situ and we rely on a large number of “ships of opportunity”, the scientists who install and maintain the necessary instrumentation on the ships and a massive collaboration to analyse and bring the data together.

In recent years, that effort has been ably coordinated within SOCAT?. SOCAT is a largely voluntary effort to collect and quality control upper ocean CO2 data and underpins calculations of the oceanic uptake of CO2 and thus the entire effort to understand the contemporary global carbon cycle. Our efforts rely on SOCAT data, while we have worked on the reprocessing of this data9, based on the needs of the air-sea flux calculation. While the upper ocean data are key, there are a large number of other data sets required for calculations, such as information on atmospheric CO2, sea surface temperatures and wind speeds. Many of these data sets are based on measurements from space or involve the processing of observational data through models; and many of the data sets are very large and subject to occasional amendments or updates. Also, as already mentioned, there are many subtleties to the calculation and the results are very sensitive to assumptions, to the specific data sets and the details of the computation. There is a significant danger that calculations of the flux of CO2 to the ocean are released without adequate description of the “computational ontology” that underpins each calculation. 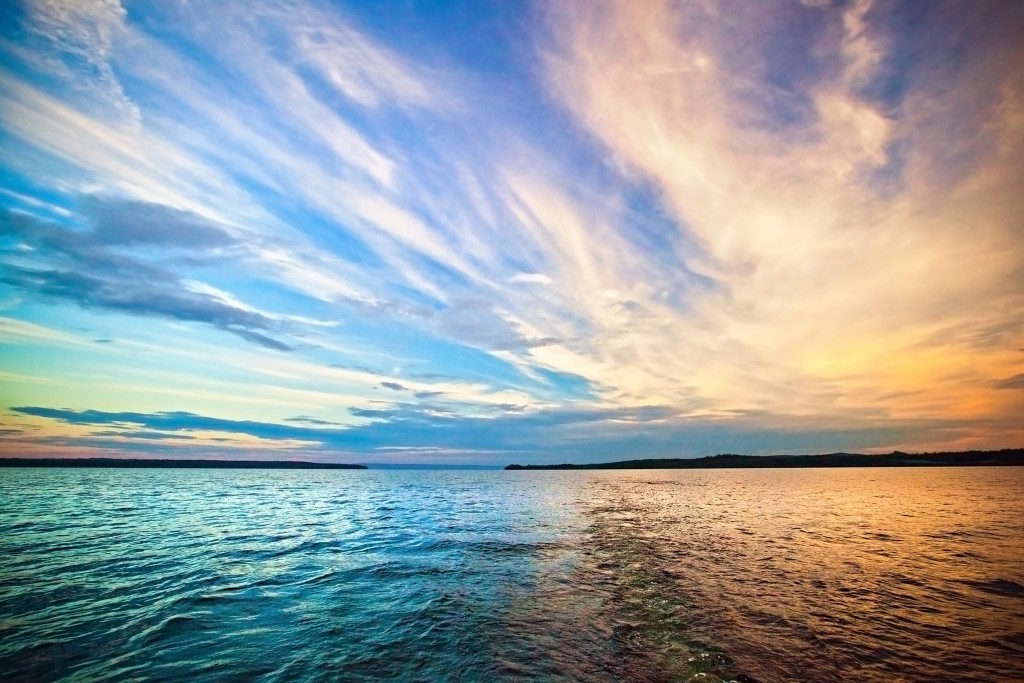 SOCAT will be used to understand the effect of global warming by compiling a global CO? data set[/caption]

The twin challenges of many large data sets and complications in the calculations present considerable difficulties. We have taken the initiative of providing a transparent system for hosting many data sets and providing versatile tools for the calculations of CO2 flux¹?. We cannot compel other groups to use this system, but we hope that just as SOCAT has provided a shared resource for some of the key data, our processing system, FluxEngine will provide a shared resource for computation¹¹. The continued exploration and monitoring of the flux of carbon dioxide into the ocean is important not only to marine scientists, but also to anyone interested in the global carbon budget or global warming. We will continue our contributions to this endeavor.

Author: David Woolf is an Associate Professor in Marine Physics at Heriot-Watt University. He has the good fortune to work at the university’s Orkney Campus and enjoy the sea and sea air every day.