Not just another brick in the wall 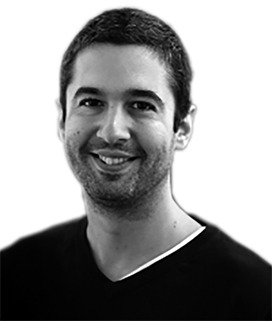 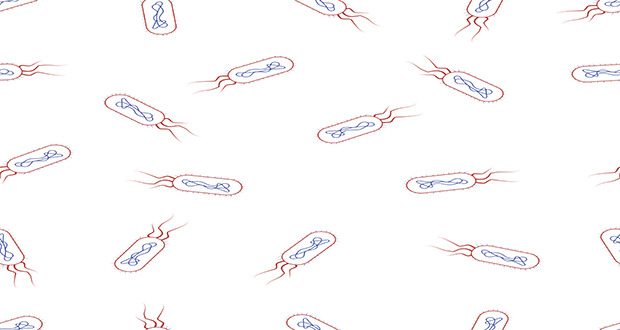 Far from being an inert capsule, chemical profiling screenings have revealed that the bacterial cell wall is the seat of bacterial defence mechanisms. Understanding them could help us in the battle against resistantance to antibiotics says Felipe Cava

Most bacteria are surrounded by a mesh-like structure which, similar to an external skeleton, defines the cell shape and provides protection against external attacks. This remarkable fabric is mainly made of peptidoglycan, a crosslinked polymer of sugars and amino acids well known for being a major target of beta-lactam antibiotics such as Penicillin. Peptidoglycan canonical monomeric subunit consists of the disaccharide pentapeptide N-acetylglucosamine ?(1?4)N-acetylmuramic acid-L-Ala-D-Glu-(?)-(di-amino acid)-D-Ala-D-Ala, where meso-diaminopimelic acid is the more frequent di-amino acid of Gram negative bacteria. Despite the fact that peptidoglycan is widely conserved in the bacterial kingdom, its chemical structure can, however, vary between species and even change in response to environmental cues.

Specific peptidoglycan structures are associated with the transition to different developmental stages (i.e. sporulation), growth phases and cellular morphologies. Moreover, subtle chemical modifications in the sugar or peptide moieties can effectively empower the cell wall to withstand environmental stresses, such as the threat of predatory hydrolytic enzymes released by neighbouring microbes.

Despite peptidoglycan being the focus of extensive investigations, there is currently little understanding of its natural variability and the consequences of chemical changes on the ability of bacteria to adapt and survive in threatening environments like, for instance, during an infection. A comprehensive survey of peptidoglycan variability is fundamental for a better understanding of cell wall biology, in particular its role in signalling and adaptation. However, this requires the analysis of large numbers of samples and the application of dedicated bioinformatic tools to both identify novel peptidoglycan chemical properties and group organisms displaying similar features. In other words, an “omic” approach conceptually similar to proteomics or metabolomics.

In our recent publication we have applied a novel analytical pipeline to investigate the cell wall chemical diversity in the Alpha-subdivision of Proteobacteria, possibly the most abundant organisms in the world. This division includes the most common bacteria in surface water, as well as some plant, animal and human pathogens. The research resulted in finding unprecedented chemical modifications in the cell wall.

Dealing with large volumes of peptidoglycan chemical data suffers from similar problems to those encountered during the analysis of any -omic data: the need to make sense of this overwhelming information. Using dedicated chemometric tools on peptidoglycan UPLC (ultra-performance liquid chromatography) spectra, myself and my colleagues have revealed novel peptidoglycan structures displayed by acetic acid bacteria – a family in the Alphaproteobacterial order Rhodospirillales very relevant in the food industry for their ability to produce acetic acid and grow at low pH. One of these modifications implies a new type of amidation in the diaminopimelic acid moiety, a highly conserved amino acid in the peptidoglycan of Gram-negative bacteria.

Dealing with large volumes of peptidoglycan chemical data suffers from similar problems to those encountered during the analysis of any -omic data: the need to make sense of this overwhelming information

In addition, these species have devised an original way of crosslinking their peptidoglycan mesh, which is different to what has been described for other bacteria so far. Generation of these novel muropeptides may be presumed to require yet unknown enzymatic activities and future research will be needed to find these genetic determinats. However, it is clear from the study that both the generation of DAP amidation and the atypical crosslinking, respond to specific growth cues which can even be species-specific. This plasticity likely implies regulatory mechanisms to continuously adjust the characteristics of the cell wall to the changing conditions. Given this, cell wall chemical signatures are better reporters of environmental adaptation than taxonomic characters.

The biological importance of the study is that these structural adjustments in the peptidoglycan layer provide better-fitted cell walls for these bacteria to live in, and colonise competitive environments. We show that these modifications are not decorative, but instead, empower acetic acid bacteria with a higher level of protection against lytic enzymes delivered by competing microbes. By testing biochemically the activity of Type VI secreted peptidoglycan hydrolytic enzymes on Acetobacteria muropeptides, we prove that these cell wall modifications make peptidoglycan a less preferred substrate for these bacterial predatory enzymes.

We show that these modifications are not decorative, but instead, empower acetic acid bacteria with a higher level of protection against lytic enzymes delivered by competing microbes

These results suggest that peptidoglycan modifications might work as a protective mechanism against lytic enzymes that are normally released or injected by certain microbes to outcompete neighbouring bacteria. Prey and predator play an arms race for niche colonization and survival. Microbial competition mediated by cell wall hydrolytic enzymes, such as peptidases or lysozymes mobilized by type VI secretion systems, outer-membrane vesicles or phages might be one of the evolutionary pressures that selects peptidoglycan modifications in the natural environment.

Another interesting aspect of the study is the role of peptidoglycan plasticity in immunomodulation. Using a validated assay to assess modulatory action of peptidoglycan-derived fragments on D. melanoganster innate immune system, we found that acetobacterial cell wall structure elicits a lower innate immune system response in the vinegar fly – a natural host for these bacteria. The fact that this modification is also displayed by Lactobacilli, the other dominant group of the fly commensal microbiota together with acetobacteria, suggests that peptidoglycan chemical editing might be an adaptive instrument to prevent futile inductions of the antimicrobial defenses in the absence of a pathogen.

Microbial competition or host adaptation might be just two examples of evolutionary pressures that have imprinted peptidoglycan variability in bacteria. Future investigations on peptidoglycan variability in a wider range of bacteria will certainly increase the repertoire of factors associated with cell wall biology and expand their biological meaning beyond microbial ecology and innate immune response modulation. In fact, this study is part of a Kingdom-wide peptidoglycan -omic research database called The MUREINome, which collects data from thousands of different bacteria species grown under a variety of different conditions. In addition, to boost our understanding about how bacteria adapt to the environment, one of the goals of this research program is obviously to open the door to the discovery of new molecular targets to combat infectious diseases, in particular those caused by  antibiotic resistant bacteria. 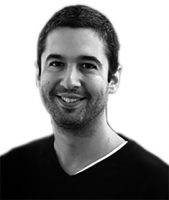 Author: Felipe Cava was appointed in 2013 as a Wallenberg Academy Fellow at the Umeå University and is head of an independent research group at The Laboratory for Molecular Infection Medicine Sweden (MIMS), the Swedish partner in The Nordic EMBL Partnership for Molecular Medicine.

The work has also been the result of a collaboration with researchers at the Computational Life Science Cluster at Umeå University, the Spanish National Research Council (CSIC) and the Swiss École Polytechnique Fédérale de Lausanne.