Public Speaking with a Pint of Science

We saw through the ruse almost immediately. Supping a pint of locally-brewed ale in an over-furnished room above a pub in a provincial city, with background noise enough to muffle the somewhat timid and unamplified speaker to the very brink of inaudibility, we strained our ears and waited for the punchline.

We were being played, teased like lab rats, in an unannounced and possibly impromptu experiment of some sort

We were being played, teased like lab rats, in an unannounced and possibly impromptu experiment of some sort. The young researcher up front was outlining his PhD, on the subject of listening and perception in a noisy environment, and the venue provided the perfect real-world laboratory.

Still waiting for that punchline, we were reminded about phonemes and given interesting examples of how the brain fills in the missing information when speech is interrupted. One of the take-away facts was that this gap-filling is harder when the signal simply drops out, and easier when the holes are plugged with white noise. When making sense of interrupted information, it seems that silence is definitely not golden.

The researcher was one of a handful who bravely stepped forward to present a snapshot of their work to a knowledge-hungry public at a launch for the 2017 Pint of Science festival. The main events in mid-May are in pubs and galleries in 26 cities around the UK, as well as several other countries around the world. Grab a seat while you can, as I see even at the time of writing that several are already sold out.

I didn’t know there was a plague lab at my local university, and was only slightly alarmed to learn of its existence

Pint of Science has grown impressively in five years, and has the most laudable of intentions. Take the research out of the ivory towers and sit it down in the pub. Add people, and catalyse the reaction with a glass of social lubricant. Observe enlightenment, and repeat. Anything to do with public engagement in science has to be applauded, and any excuse to spend an evening in the boozer is always welcome, so it took little persuasion to check out this launch party – especially as it was free. I didn’t know there was a plague lab at my local university, and was only slightly alarmed to learn of its existence. Plague is not an illness of history, but remains endemic in dozens of countries including the USA. Twelve plague deaths have been recorded there this century, four of them in 2015 alone.

Chatting to the researchers during the interval, I sensed that they wanted me to be really excited to see the representatives of their flea colony in a sample jar, and under the microscope. As a lifelong spaniel owner, I explained, the beasts were less novel to me than the instrument. I should have offered them some new recruits to boost the genetic diversity of their colony.

Pint of Science events span the gamut of research from astronomy to zoology, and if the launch is anything to go by serve a dual purpose. Not only does it give the public a welcome chance to find out a little about what goes on in research labs – much of it still publicly funded, after all – it gives researchers an opportunity to scare themselves witless by standing up and explaining what they do. I’m willing to bet that the experience makes many of them re-appraise the challenge faced by university lecturers every day.

There is an element of preaching to the converted about the whole thing, with audiences substantially made up of friends and colleagues of the speakers rather than representatives of the general population. The entrance fee of £4 (about a pint’s worth of coin) may also be off putting, although Pint of Science co-founder Michael Motskin explained that there are good reasons for this. Not only has the festival grown beyond the point where it could be organised by volunteers, but when free events were offered the drop-out rates could exceed 50 percent. People just don’t value what they haven’t paid for.

And so to the punchline that never came. It turned out that the softly-spoken speaker addressing a noisy room on the subject of the difficulty of understanding speech in a noisy environment, having shunned the offer of a microphone, had absolutely no sense of the irony of the situation. It was not an experiment, and there was no joke. And that, after a couple of pints, was what really made us laugh. 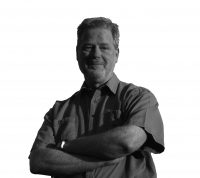 Check out pintofscience.co.uk for details on their events across the UK during May.

Fancy a spot of outreach yourself? As well as events like Pint of Science, why not try out your science communication skills by uploading content with us at labnews.co.uk/shout-it-out