As the sorry tale of a former Russian double agent and his daughter escalates, once again chemistry is dragged into the gutter of war.

It may not have come to that yet. War that is. Not in the conventional sense – and whether the Russian state was behind the use of Novichok in the UK is open to question, but few could continue to think nothing is going on. Suggested meddling in foreign elections, the suspicion cast on their own electoral process and a litany of political opponents ending up dead on the streets have led many to suggest Putin’s Russia is a dictatorship in all but name.

And that is not good for those who wish to see an end to chemical weapons.

When the dictatorial impulse turns to chemistry, bad things follow. In 2013 the world stood open mouthed as reports came in on the use of chemical weapons in the Syrian city of Damascus. For the first time since the Iran-Iraq war began in 1980, chemistry its self was once again the ammunition.

With the current crisis we don’t know just how deep into the Russian political machine the plan to deploy a chemical weapon on UK soil goes, but what we do know is that Novichok is a chemical weapon like no other. It belongs to a class of organophosphate acetylcholinesterase inhibitors and causes acetylcholine concentrations to increase at neuromuscular junctions and induce the terrifyingly named ‘cholinergic crisis’. We also know that Novichok is a binary agent – meaning it can be put together from component chemicals at the point of use. And that's critical because these constituent materials are not controlled substances under the Chemical Weapons Convention – of which Russia is a signatory.

We know all this because of one of the chemists originally tasked with developing Novichok – Vil Mirzayanov. Back in 1992, petrified by the potency of his creation, he published an article in the Russian news paper Moskovskiye Novosti declaring Russia's development of fourth-generation chemical weapons from the 1970s until the early 90s ­– now known as Novichok. Mirzayanov was immediately fired, then arrested and – of course, this was the dying embers of soviet era Russia after all ­– he was not allowed to know the exact charges as they were declared a state secret.

During the resultant court case, Russian authorities openly admitted the existence of Novichok agents. Russia's UN ambassador now insists that development work on Soviet-era nerve agents stopped in 1992, and that existing stockpiles were destroyed in 2017. This is backed up to some extent by the Organisation for the Prohibition of Chemical Weapons who last September confirmed the destruction of 39,967 metric tons of chemical weapons in Russia. None the less, Novichok was never declared as part of the chemical arsenal.

So, a chemist struck by a sudden moral imperative, a double agent and a chemical assassination. This is a tale so riddled in cold war cliché its hard to believe it is actually happening at all.

When reality begins to appear as a clumsily written le Carré rip-off, a satire of the new cold war begins to write it self. Which would be funny were we not talking about some the deadliest chemicals ever created. 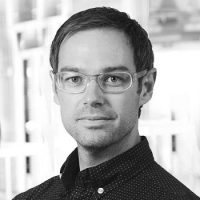