Oi you… leave that experiment alone! 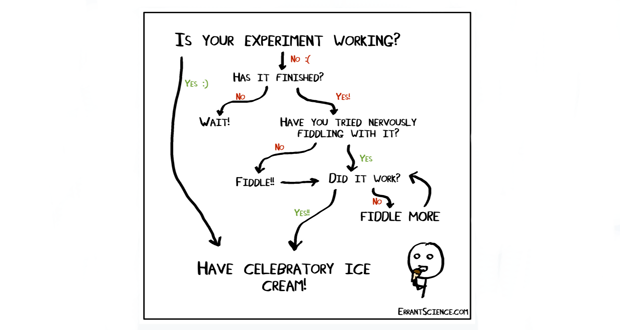 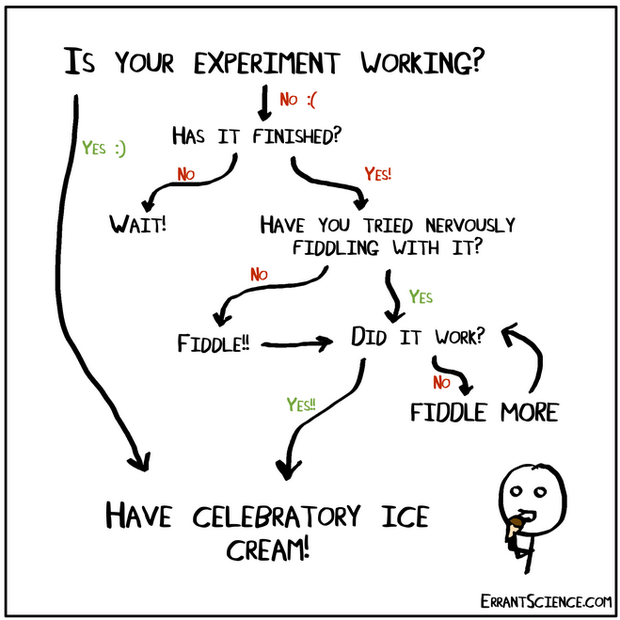 Don’t go and get all grabby if your experiment is not working says Matthew Partridge… just wait it out and keep your hands to yourself.

The average science experiment has two distinct parts to it. The part – when you touch it – and the other part, where you don’t. Some experiments require constant touching, but in general these needy experiments are rare. The vast majority require a bit of touching and a bit of standing and waiting. 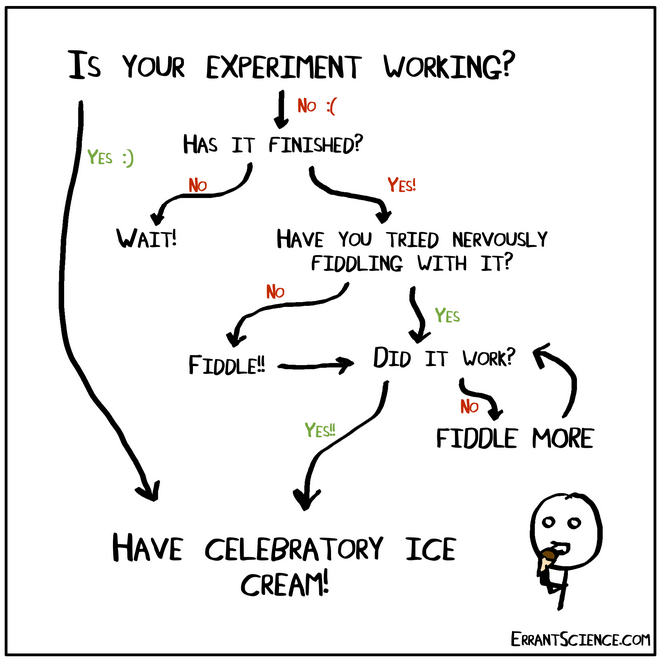 The whole point of an experiment is that you don’t know what is going to happen. You might have a pretty damned good idea (…you really should have at least an inkling).

But once you step back and let the experiment run, it is in the hands of science – and science has proven time and time again that it really shouldn’t be trusted with anything more dangerous than a rubber cup of gluten free vegan jelly. So, it’s no wonder that standing powerlessly letting this happen is a little stressful. Especially as there is often a nagging feeling that if you could just fiddle with that dial a bit then you’ll make the experiment better.

Except that you very much won’t.

Experiments should always be carefully planned out. The planning stage of experiments is often done slowly and carefully and involves a clear idea of the objective and variables you’re interested in. This is kind of a past, calmer version of yourself.

Even if you don’t trust them, the last thing you want to do is go fiddling and changing your experiment from a nice controlled one where you are chasing one small variable to one where you slap a random number generator (your brain) on it for a bit. It’s almost always better to let it finish (or just stop it), put out the fire, then reset with the parameters you now realise need changing.

So, as a researcher, you have to fight the urge and don’t go fiddling with your experiments. Let them run as planned and clean up the mess it then makes at the end. You can fiddle plenty afterwards, but fiddling during is like half cooking a cottage pie only to suddenly switch to making trifle midway through. 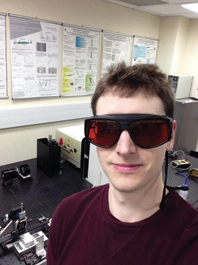 Dr Matthew Partridge is a senior Research Fellow at the Optoelectronics Research Centre at the University of Southampton but describes himself as a biochemist who has accidentally ended up working with optical sensor systems.[/caption]