Quest to control our genes by the power of thought

The power to control living cells by treating molecules as switches or transistors has been established in principle. Synthetic biologists believe we could be on the brink of re-engineering life itself, but will we really reach a stage where our minds can order our genes to behave? Award-winning bioengineer, Prof Martin Fussenegger, speaks to Dermot Martin for Laboratory News about the brave new world of bio-computing technology. 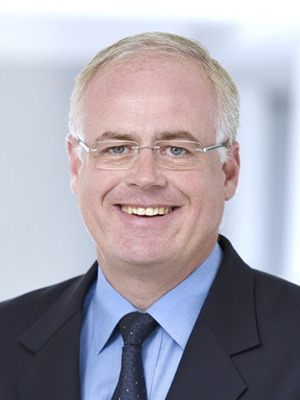 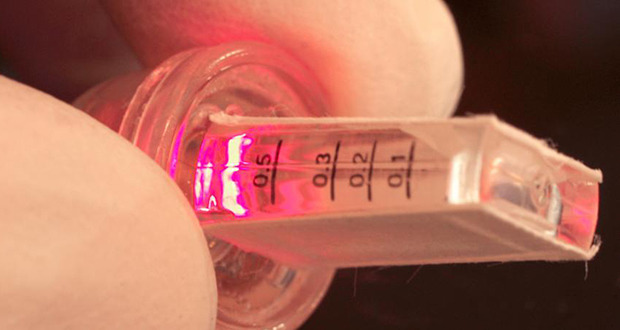 “Being able to control gene expression via the power of thought is a dream we’ve been chasing for more than a decade,”

In two generations the world was totally transformed thanks to the silicon revolution and the rapid rise of chip technology. A new wave of that revolution has started with the development of computerisation using the basic building blocking of life. We can now make simple switches out of the complex molecules that control our DNA function.

Control and manipulation of gene expression by clever design of biologically engineered logic gates is one of the most fascinating developments of modern biology. We are now at the entry level to a world of infinite potential for improving our lives. The long-term aim of harnessing control of how the human body works at the molecular level has implications for both the good and the bad of human experience. Martin Fussenegger heads a team in the department of Biosystems and Science Engineering at Zurich and Basel Universities. They are creating switch systems or 'wetware' using complex molecules with Boolean logic familiar in the software world of digital design. He has already provided a glimpse of a future in which our brains might control genes using the power of thought.

In 2014, Fussenegger’s group performed a stunning experiment, tapping human brainwaves and transferring them wirelessly to a gene network to regulate the expression of a gene depending on the type of thought.

In the experiment the team used an EEG headset, recording brainwaves transmitted via Bluetooth to a controller, which in turn controlled an electromagnetic field generator to supply a implant in a mouse with an induction current. An integrated LED lamp in the near-?infrared wavelength range turned on in the implant illuminating a culture chamber containing genetically modified cells. When this light illuminated the cells, they began producing the desired protein.

“Being able to control gene expression via the power of thought is a dream we’ve been chasing for more than a decade,” Fussenegger said at the time.

Seven years later where are we with the process?

Need to focus on the goal

DM: The application of logic gates to biological molecules was achieved creating the digital equivalent of a central processing unit in a biological system. In 2014 your famous experiment demonstrated the potential. Where are we today with this work?

MF: The biological and electronic worlds are radically different yet conceptionally similar. Biological systems are analogue in nature because they are based on ions flowing through insulated membranes while electronics systems, such as CPUs, are digital... using electrons which flow through insulated metal wires. Biological systems cannot be digital (give yes-no answers), because our metabolism requires the intermediate level responses that are typical for analogue systems.

However, the potential for molecular CPUs can be seen on three levels:

The first is in vivo. Unlike silicon processors. the computation power of in vivo CPUs will be limitless. We are rightly proud to have multicore processors combining a few CPUs, all of which can only process one operation at a time, albeit at very high speed.

Imagine a world in which a single living cell can operate thousands of analogue metabolic operations per second. If this was to represent a single-cell core CPU, tissues engineered to process logic operations could represent multi-billion core CPUs. This is a fantastic vision!

Secondly, our lives are increasingly dominated by electronic devices. These devices can control, manage and profile many things, but since they are incompatible with biological systems, they cannot interface directly with our genes or with the human metabolism. In order to have electronics that talk to genetics and genetics reporting to electronics, we need to engineer compatible interfaces to enable this.

Thirdly we need to write genetic software like computer code.

In just ten years synthetic biology, the rational and predictable engineering of mammalian cells, has led to an increasingly diverse tool portfolio to rationally program the behaviour of human cells. It’s an evolving process but bioengineers have assembled genetic circuits whose behaviour was identical to the most basic electronic computation parts (logic gates, half-adder, full-adder, band-pass filter). This led to the conviction that genetic software could be assembled like a computer code to program cellular behaviour.

To give examples of what this might mean; What if we can program cells to sense changing blood glucose levels and respond by the production of insulin? Or, how about if stem cells could be programmed to differentiate into beta cells?

DM: How far away are we from such a working system?

MF: It is difficult to predict. I would opt for between 10 to 20 years, but it is important to realise that this is a direction of travel that is starting to gather momentum. No matter how long it takes, it will one day be a reality.

DM: I suspect the practical use and our greater understanding of CRISPR [gene editing] has been a quantum leap on the path to biological computing and the potential delivery of new disease therapies. Is this true?

MF: CRISPR is proving to be another, very valuable, tool in our kit box. It is a very efficient tool, but everything that CRISPR can do was also possible before. Gene editing was possible before with so-called zinc finger nucleases. It was just that with CRISPR the work has become more efficient. Also, the off-target effects of CRISPR are not yet fully understood.

DM: Have your experimental laboratory techniques created any innovative procedures for use in the laboratory?

MF: It has made difficult mammalian cell engineering accessible to everyone. Complex genetic engineering was limited to a few specialised groups but CRISPR has made it possible that even undergraduates can handle this in lab courses. The effect is that the pool of genetic engineers has expanded beyond what we thought imaginable. The more genetic engineers we train with better toolboxes the quicker we can change the world for the better.

DM: What’s the biggest obstacle to making a successful CPU in vivo?

MF: Digital electronic systems work perfectly in a very isolated environment and they only need electrical power. A CPU in vivo needs to operate within a living system, which has millions of analogue housekeeping operations to master and at the same time, needs to grow and can repair itself. The bio-CPU needs to be insulated from a cell’s housekeeping activity and that is a major challenge. Also, the molecular world is analogue to ensure the proper dosing of molecule, and these systems are very robust and self-repairing, but they are not very precise. Biological systems can have variations of 5-10 per cent and they are extremely slow when compared to electronic systems.

DM: Do you think there enough funding and training going into this research?

MF: The problem is not the degree of funding or investment. It is more to do with structure of funding. The main weakness is that we organise universities in departments along the lines of a school with topics compartmentalised (chemistry, biology, physics etc). Research at this level is becoming more interdisciplinary with molecular biologists working alongside electrical engineers. We need funds to be directed to dedicated research units that are focusing on the goal and not on single disciplines.

Interviewee: Martin Fussenegger is Professor of Biotechnology and Bioengineering at the Department of Biosystems Science and Engineering (D-?BSSE) of the ETH Zurich in Basel as well as at the University of Basel.