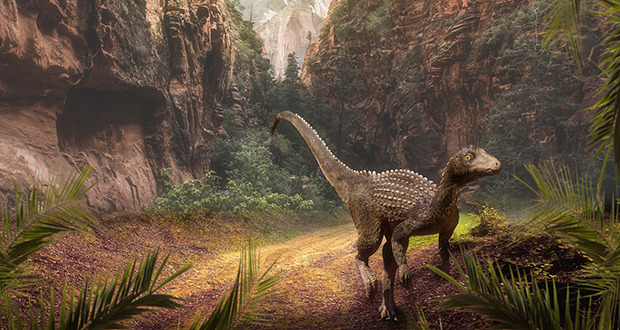 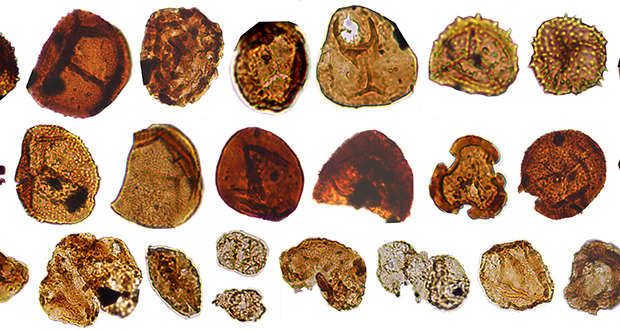 The Late Triassic Carnian Pluvial Episode (CPE) saw an increase in global temperature and humidity - creating a major impact on the development of animal and plant life, coinciding with the establishment of modern conifers.

Researchers analysed sediment and fossil plant records from a lake in northern China’s Jiyuan Basin, matching pulses of volcanic activity with significant environmental changes, including the CPE’s ‘mega monsoon’ climate, some 234 million to 232 million years ago.

The international research team, including experts at the University of Birmingham, today published their findings in Proceedings of the National Academy of Sciences(PNAS) – revealing four distinct episodes of volcanic activity during this time period, with the most likely source being major volcanic eruptions from the Wrangellia Large Igneous Province, the remnants of which are preserved in western North America.

Co-author Jason Hilton, Professor of Palaeobotany and Palaeoenvironments at the University of Birmingham’s School of Geography, Earth and Environmental Sciences, commented: “Within the space of two million years the world’s animal and plant life underwent major changes including selective extinctions in the marine realm and diversification of plant and animal groups on land. These events coincide with a remarkable interval of intense rainfall known as the Carnian Pluvial Episode.

“Our research shows, in a detailed record from a lake in North China, that this period can actually be resolved into four distinct events, each one driven by discrete pulses of powerful volcanic activity associated with enormous releases of carbon dioxide into the atmosphere. These triggered an increase in global temperature and humidity.”

The researchers found that each phase of volcanic eruption coincided with large perturbation of the global Carbon cycle, major climatic changes to more humid conditions, as well the lake’s deepening with a corresponding decrease in oxygen and animal life. Geological events from a similar timeframe in Central Europe, East Greenland, Morocco, North America, and Argentina, among other locations indicate that increased rainfall resulted in widespread expansion of drainage basins converging into lakes or swamps, rather than rivers or oceans.

“Our results show that large volcanic eruptions can occur in multiple, discrete pulses -demonstrating their powerful ability to alter the global carbon cycle, cause climate and hydrological disruption and drive evolutionary processes,” added co-author Dr Sarah Greene, Senior Lecturer also in the School of Geography, Earth and Environmental Sciences at the University of Birmingham.

Dr Emma Dunne, a Palaeobiologist also at the the University of Birmingham, who was not involved in the study, commented:

“This relatively long period of volcanic activity and environmental change would have had considerable consequences for animals on land. At this time, the dinosaurs had just begun to diversify, and it’s likely that without this event, they would never have reached their ecological dominance we see over the next 150 million years”

Professor Hilton also added “In addition to dinosaurs, this remarkable period in Earth history was also important for the rise of modern conifer groups and had a major impact on the evolution of terrestrial ecosystems and animal and plant life - including ferns, crocodiles, turtles, insects and the first mammals.”

The research team investigated terrestrial sediments from the ZJ-1 borehole in the Jiyuan Basin of North China. They used uranium-lead zircon dating, high-resolution chemostratigraphy, palynological and sedimentological data to correlate terrestrial conditions in the region with synchronous large-scale volcanic activity in North America.