A third of epilepsy cases are drug resistant and removal of the area of the brain where seizures emerge is the only treatment option. Now, a new tool offering high resolution brain atlas data will facilitate more accurate surgery, enabling neurosurgeons to target the 'epileptogenic zone' more precisely. 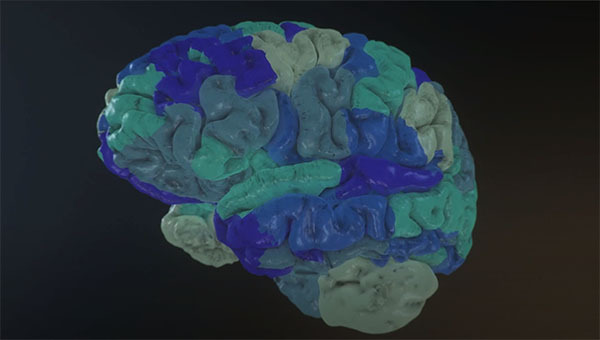 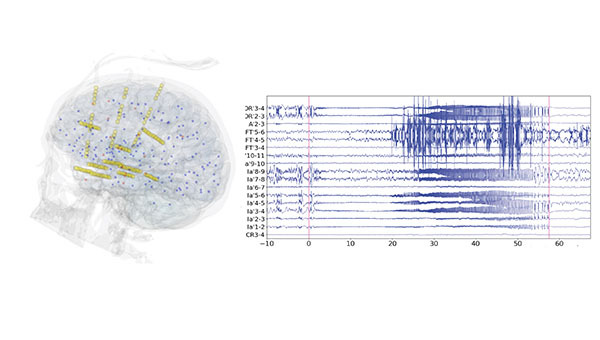 Scientists of the Human Brain Project have developed a computational tool to locate the areas in a patient’s brain where epilepsy seizures emerge. Now, the team is using EBRAINS to further boost the accuracy with high resolution brain atlas data. With a clinical trial ongoing, the approach aims to give surgeons an increasingly powerful and precise tool to support targeted surgery decisions for each patient.

Epilepsy is one of the most common neurological disorders, affecting over 50 Million people worldwide. Patients suffer from seizures caused by sudden neuronal activity engaging at times large networks of the brain. In a third of all cases the disease is resistant to drugs. The most common treatment option for these patients is surgical removal of the 'epileptogenic zone', the areas of the brain, where the seizures emerge. “Surgery success depends on locating these areas as precisely as possible. But in clinical practice this often proves very difficult, and the average surgery success rate remains at only around 60%”, says Viktor Jirsa. Any improvement would have major impact for many patients”.

The scientist has developed a computational tool, called “The Virtual Brain” (TVB), to model and predict activity in an individual patient brain. In collaboration with the neurologist Fabrice Bartolomei, they adapted the model to epilepsy, simulating the spread of individual seizure activity. The model thus can become an additional advisory tool for neurosurgeons to help target surgeries more precisely.

A clinical trial is currently underway to evaluate the personalised brain models of TVB as a new tool for epilepsy surgery planning, with promising first results. It is important to underscore that the Virtual Brain tool is still at clinical investigating stage and is therefore not yet available to patients.

The next generation of the virtual brain

Video: Virtual Brain Modelling for Epilepsy: The Next Generation. This video describes one of the showcases that tests the capabilities of the EBRAINS Research Infrastructure over the course of the last phase of the Human Brain Project. From 2020 to 2023 the developers are using EBRAINS to create the Next-Generation of Virtual Brain Modeling introduced.

“This video showcases the capabilities of the EBRAINS Research Infrastructure. Researchers are developing the next generation of Virtual Brain Modelling based on EBRAINS. The scaled up model is expected to be operational by 2023.

The team now works on the next generation of The Virtual Brain, which boosts the accuracy of the model further using the EBRAINS research infrastructure. The objective is to significantly scale up the potential for personalised brain representation with the help of large brain data sets from the EBRAINS Brain Atlas. This includes the most detailed 3D representation of the brain’s anatomy, the BigBrain, at a resolution of 20 micrometers.

“Only EBRAINS allows to go to this massive scale and resolution”, Jirsa says. “Here brain data resources are made compatible and integrated with high-performance computing and informatics tools. EBRAINS enables the application of deep learning and other methods to find the configuration that most closely matches the patient’s own recordings of brain dynamics. This is an important step towards pinpointing the epileptogenic zone with greater precision.”

Katrin Amunts, Scientific Research Director of the HBP says: “The HBP’s multidisciplinary approach, gaining neuroscientific insight from the analysis of big data and neuroimaging studies, supported by brain modelling and advanced computing is a highly impactful way to advance brain research and bring innovation to patients and society.”

Pawel Swieboda, CEO of EBRAINS and Director General of HBP, comments: “Prof Jirsa’s Virtual Brain computing tool is one of the many breakthrough achievements resulting from the cutting-edge scientific expertise of the Human Brain Project scientists and from the state-of-the art research infrastructure EBRAINS. We’re looking forward to sharing more brain health advances enabled by EBRAINS in the future. Meanwhile we invite researchers in different fields, such as neuroscience, neuroengineering, or neurotechnology – to list a few - to explore how the EBRAINS platform can enhance their own research.”

EBRAINS is a new digital research infrastructure, created by the EU-funded Human Brain Project, to foster brain-related research and to help translate the latest scientific discoveries into innovation in medicine and industry, for the benefit of patients and society. For more information:  https://www.ebrains.eu/discover