How do animals process information and adapt to environmental change? New research applies AI driven information geometry to capture network correlations, simplify neural mapping and enable advanced calculation methods for large systems. This statistical method further advance neuroscience and machine learning by capturing the dynamics of large networks at the edge of chaos, a special region of behaviour between chaotic and ordered activity, and could help us understand complex decision-making bahaviour of animals in real-world situations. 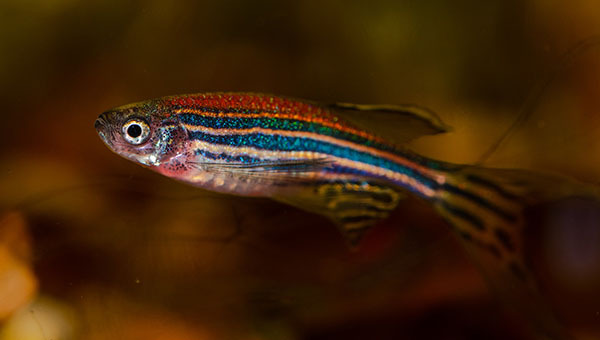 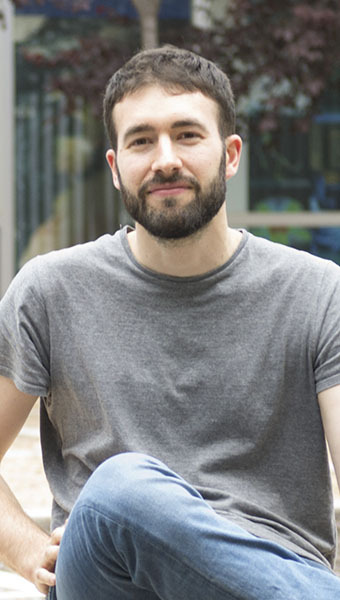 Image: Dr Aguilera will next apply these methods to model thousands of neurons of zebrafish in the lab interacting with a virtual reality setup

Scientists have achieved a breakthrough in predicting the behaviour of neurons in large networks operating at the mysterious edge of chaos.

New research from the University of Sussex and Kyoto University outlines a new method capable of analysing the masses of data generated by thousands of individual neurons.

As new technologies allow recording of thousands of neurons from living animals, there is a pressing demand for mathematical tools to study the non-equilibrium, complex dynamics of the high-dimensional data sets they generate. In this endeavour, the researchers hope to help answer key questions about how animals process information and adapt to environmental changes.

The researchers also believe their work could be effective in reducing the massive computational cost and carbon footprint of training large AI models - making such models much more widely available to smaller research labs or companies.

Dr Miguel Aguilera, Marie Sklodowska-Curie research fellow in the School of Engineering and Informatics at the University of Sussex, said: “Only very recently have we had the technology to record thousands of individual neurons in animals while they interact with their environment, which is a tremendous stride forward from studying networks of neurons isolated in laboratory cultures or in immobilised or anaesthetised animals.

“This is a very exciting advancement but we don't have the methods yet to analyse and understand the massive amount of data created by non-equilibrium behaviour. Our contribution offers the possibility to advance the technology forward to find models that explain how neurons process information and generate behaviour.”

The paper, published today in Nature Communications, develops methods to quickly approximate the complex dynamics of neural network models that capture how real neurons observed in the lab behave, how they are connected and how they process information.

In a significant step forward, the research team have created a method which works in significantly fluctuating, non-equilibrium situations that animals operate in when interacting with their environment in the real world.

Dr Aguilera said: “The most efficient manner of learning how large systems work is using statistical models and approximations, and the most common of these are mean field methods, where the effect of all interactions in a network is approximated by a simplified average effect.

“But these techniques often just work in very idealised conditions. Brains are in constant change, development and adaptation, displaying complex fluctuating patterns and interacting with rapidly changing environments. Our model aims to capture precisely the fluctuations in these non-equilibrium situations that we expect from freely behaving animals in their natural surroundings.”

The statistical method captures the dynamics of large networks specifically in the region at the edge of chaos, a special region of behaviour between chaotic and ordered activity, where intense fluctuations in neuronal activity, known as neuronal avalanches, take place.

As opposed to previous mathematical models, the researchers applied an information geometric approach to better capture network correlations which allowed them to create simplified maps approximating the trajectory of neural activity which in reality travel extremely complex routes that are difficult to compute directly.

Prof Hideaki Shimazaki, Associate Professor in the Graduate School of Informatics at Kyoto University, said: "In addition to providing advanced calculation methods for large systems, the framework unifies many existing approaches from which we can further advance neuroscience and machine learning. We are glad to offer such a unifying view that expresses a hallmark of scientific progress as a product of this intense international collaboration."

Dr Aguilera will next apply these methods to model thousands of neurons of zebrafish in the lab interacting with a virtual reality setup as part of the EU-funded DIMENSIVE project, which aims to develop generative models of large-scale behaviour and provide important insights into how behaviour arises from the dynamical interaction of an organism’s nervous system, body and environment.