The green economy may be in trouble as new research - described by experts as a 'meteoroligical tour de force' and policy makers as 'too hot to handle' - suggests carbon emission control may NOT be the key to reversing climate change. Instead, new data points to human interference in a major weather system - the African Easterly Wave (AEW) - as a major catalyst in a climate chain reaction. The author, described as a 'nobel contenter', suggests efforts to comply with policy decisions is being used as a tool to dismiss legitimate, essential research but stresses that governments are sensible to continue reducing the use of fossil fuels. 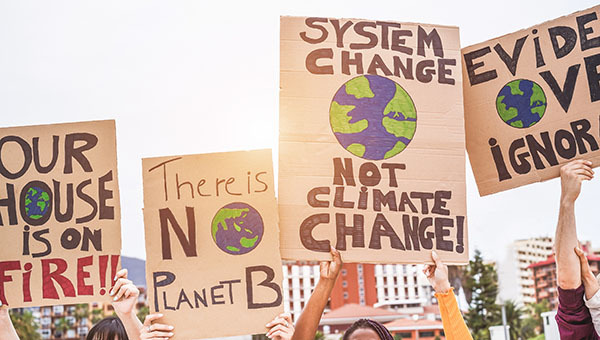 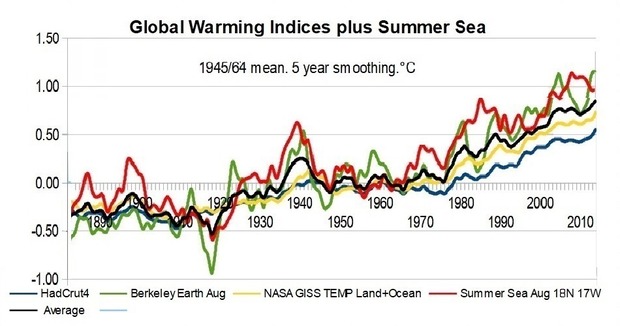 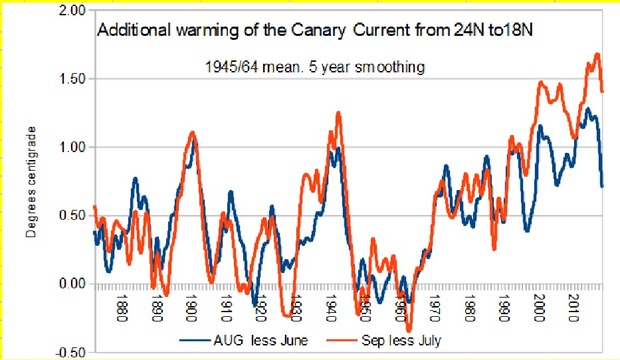 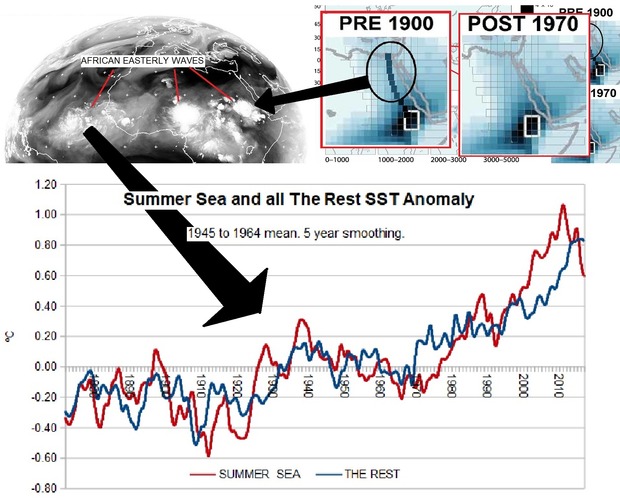 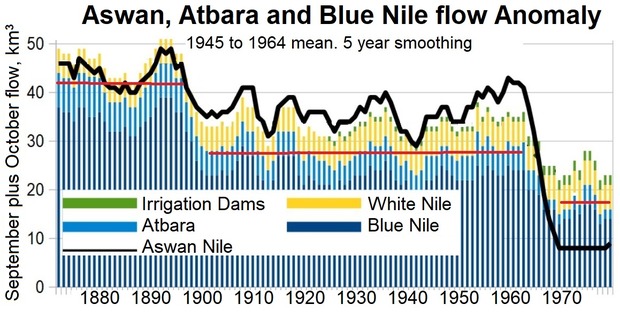 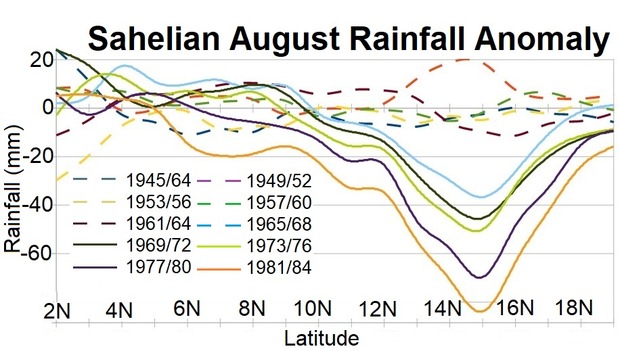 Conor McMenemie, an Edinburgh based researcher, unearthed a relationship between human efforts to control the annual River Nile flood in Egypt, to levels of rainfall further down wind. That vast evaporation from the flood had been a component in forming of one of the planet's major equatorial weather systems, inadvertently causing an increase in the Atlantic Ocean temperatures and hurricanes.

"It felt like I could jump out the window and fly to South America and back in 5 seconds - a dopamine overdose. But then it became like being in the position of the sorcerer's apprentice, who when asking for help from the masters, they then ran away as quickly as quickly as possible." said Conor when asked what his Eureka moment had felt like.

McMenemie's research is being presented at the 101st meeting of the American Meteorological Society and has been endorsed by former NASA meteorologist, Tom Wysmuller, who has described it as a meteoroligical tour de force. The research, which was found during the search for a test site for his patented energy turbine, explains observed increases in Atlantic hurricane activity, which are currently being blamed on unfounded speculation about increased carbon emissions.

McMenemie, from NiCE (Nile Climate Engine) research, has attempted to share his data with leading climate change policymakers and academics around the world, but has been told the information is ‘too hot to handle’, as it puts into question a focus on reducing carbon emissions to fight the climate emergency.

The 'too hot to handle' research results The research shows that Atlantic hurricanes originate in a relatively small area off the West African coast. This body of water, which he has called the 'Summer Sea', has been increasing in temperature due to a reduction in (African Easterly Wave marine stratocumulus) cloud cover, making the ocean surface warmer, fueling hurricanes. The original Nile flood helped form the African Easterly Wave (AEW) weather system, which in turn created these huge cloud-scapes and had kept the seas underneath cooler. Since the Aswan dams were built on the Nile in 1902, then enlarged in the 1960s, it no longer floods, thus the flood's evaporation no longer initiates this climatic chain reaction, which means that the clouds don’t form and the sea water is warmer, causing more extreme weather around the Atlantic basin.

This has a significant impact on Scotland and the UK, since our climate is absolutely subservient to what happens in the Atlantic Ocean.

When asked how import the endorsment by former NASA meteorologist, Tom Wysmuller, has been in getting this research into the public eye, McMenemie said: "There have been far more successful attempts at every level to discredit and sabotage the research, than to make it public. There has had to be a balance between getting it through the door, which means a low profile, yet trying to highlight its importance. Tom’s input and stature is the difference between the project moving or standing still, though I am exceptionally grateful for all the help everybody else has offered. The TRCS group of former NASA specialists has been of special significance."

Although Governments are working on sensible plans to wean us away from relying on fossil-fuel-based energy, this will not have any effect upon our climate states the author of the research.

McMenemie's fear is that governments and academia are too focussed on reducing carbon emissions to consider the bigger picture, saying:

“Much as it was widely believed that global warming was due to a hole in the ozone layer not that long ago, carbon emissions have become the new focus for global environmental policy. This speculation has become a multi-billion-pound global economy as governments and businesses act to meet carbon reduction targets, however our research shows it is changes to our weather system which is having the observed warming and climatic impact. That efforts to comply with policy decisions is being used as a tool to dismiss legitimate, essential research”. Figure 2: Reduced rainfall across all of Sub Saharan Africa starting in the mid 1960s consistent with the growth of the Sahara Desert, culminating in the 1984 Ethiopian droughts (750,000 dead), which inspired Midge Ure, Bob Geldof and band aid singing about 'feed the world' (Sahelian August Rainfall Anomaly). For millions of years the river Nile in Egypt would flood from July to October.

This flood effectively created a 26,000km2, shallow, warm, opaque, freshwater lake in the Sahara Desert mid to late summer. This evaporative surface producing a flow of over 4,000 tons of moisture per second, pulled southwards, which was pulled every few days upwards onto the Ethiopian Highlands. There it created a 'kiremt' rainfall deluge. The kiremt drawn westwards by the trade winds became organised into an African Easterly Wave (AEW) weather system, which eventually created USA sized cloudscapes over the Equatorial Atlantic - referred to in the research as the 'Summer Sea'. Those AEW clouds reflected vast amounts of solar energy away from the planet, shielding the ocean below. Placing dams on the Nile at Aswan altered this whole system by eventually removing the flood surface, resulting in the Summer Sea absorbing the additional solar energy (heat), which is then distributed and partly released into the atmosphere, making the atmosphere warmer.

The analysis involved ploughing through rain fall, river flow and sea temperature datasets, to reveal the underlying themes. Then trying to find the most simple, yet accurate means to present the refined data.

Figure 4: The reduction in this massive weather system that had kicked off on the Ethiopian Highlands, ensures a part of the Atlantic becoming warmer due to it being exposed to more solar radiation a.k.a. sunshine. This area about the size of the USA is referred to as the 'Summer Sea'. It only shows up in the sea surface temperature data. Here the Met Office: HadISST1 dataset is used. (Summer Sea surface temperature anomaly).

How can we be sure of the cause and effect timelines? Figure 5: Canary current - Since the mid 1960s there has been a generalised increase in how much the 'Canary Current' (which flows into the summer sea) warms up each year - this can only happen if there is less cloud above.

According to McMenemie; “The Summer Sea temperatures are reliable and can be checked against other meters - of great use is the Canary Current which flows from the predominantly bare skies off the Saharan west coast into the Summer Sea. How much this current warms up in a given period, flowing south between set points at a set velocity i.e. between 24N and 18N at 0.125 m/s. In the first chart where it is shown the temperature increase (above or below the 01945/64 mean) that since the mid 1960s there had been an abrupt reversal in the ocean temperature gain/loss. That this increase had been constantly increasing, that the energy values involved and agents for supplying this energy can only be ascribed to that of the sun. Figure 6: Comparisons of the Sea Surface temperature vector compared to key sites around the world

"The magnitude, timeframe, location and vector of the ocean surface heating event referred to as the summer sea can only be ascribed to as that of the sun - there is no other agent sufficient to provide the 65 w/m2 required to produce this effect. This is really basic science. The Summer Sea, which can only be caused by increased insulation due to reduced cloud carries the GW signal. Its value at +400TW is significantly above the 250TW ascribed to the whole planet by the emissions franchise," McMenemie explains.

"Also referenced IPCC AR5, section 3 (oceans) : 93% of the additional global warming heat is in the oceans. This leads to Levitus et al (2012) and Dommenget (2009) where the additional ocean heat is between 40N and 40S (not over the land mass from where the supposed emissions are causing the supposed longwave radiative feedback). Also that 50% of this heating is in the Atlantic, which means it is warming three times faster than any other equitable area of ocean. That the remaining 5% is additional heat on the continents which has come from the oceans," McMenemie added.

These results will be presented at the 101st American Meteorological Society Annual Meeting, where climate researchers from NASA and the National Oceanic and Atmospheric Administration (NOAA) will release their annual assessment of global temperatures and discuss the major climate trends of 2020.

Further details of the 101st meeting of the American Meteorological Society can be found here: https://annual.ametsoc.org/index.cfm/2021/