Not all shipwrecked treasure is gold and silver. One might think of a sunken herd, rather than a sunken hoard, as more than a hundred elephant tusks raised alongside the cargo of a stricken ship present a legacy of DNA to support a global history of our now endangered elephant population's ancestors... 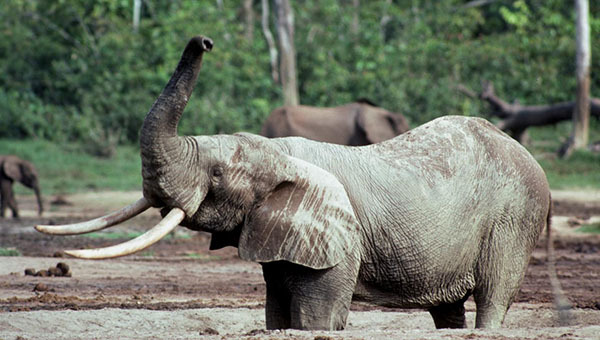 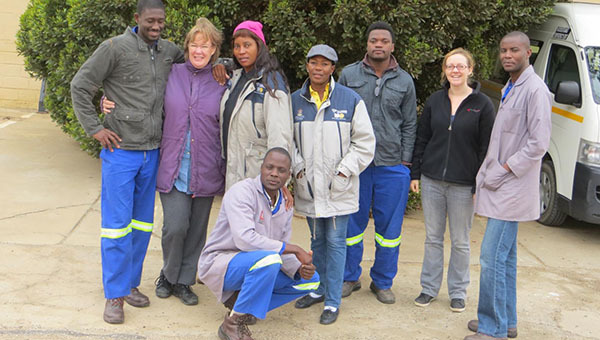 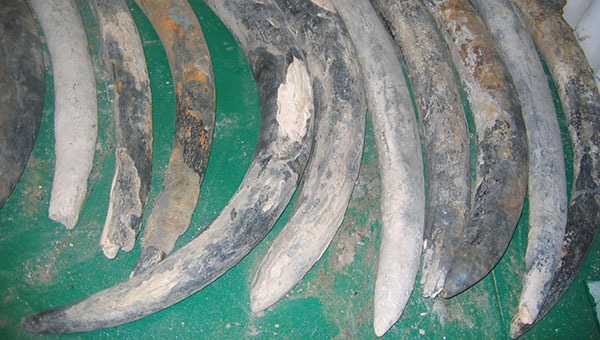 In 1533, a Portuguese trading vessel carrying forty tons of gold and silver coins along with other precious cargo went missing on its way to India. In 2008, this vessel, known as the Bom Jesus, was found in Namibia, making it the oldest known shipwreck in southern Africa. Now, an international collaboration of researchers in Namibia, South Africa, the United Kingdom, and the United States reporting in the journal Current Biology on December 17 have found that the ship's cargo included more than 100 elephant tusks, which paleogenomic and isotopic analyses trace to many distinct herds that once roamed West Africa.

The study is the first to combine paleogenomic, isotopic, archeological, and historical methods to determine the origin, ecological, and genetic histories of shipwrecked cargo, according to the researchers. That's noteworthy in part because ivory was a central driver of the trans-continental commercial trading system connecting Europe, Africa, and Asia via maritime routes. The findings also have implications for understanding African elephants of the past and present. In the new study, the team, including Alfred L. Roca and Alida de Flamingh, University of Illinois at Urbana-Champaign, along with Ashley Coutu and Shadreck Chirikure, affiliated with the University of Oxford and University of Cape Town, wanted to pinpoint the source of elephant ivory that was widely circulated in the Indian and Atlantic trading systems during early trade and globalization.

"Elephants live in female-led family groups, and they tend to stay in the same geographic area throughout their lives," de Flamingh explains. "We determined where these tusks came from by examining a DNA marker that is passed only from mother-to-calf and comparing the sequences to those of geo-referenced African elephants. By comparing the shipwreck ivory DNA to DNA from elephants with known origins across Africa, we were able to pinpoint the geographic region and species of elephant with DNA characteristics that matched the shipwreck ivory."

"In order to fully explore where these elephant tusks originated, we needed multiple lines of evidence," Coutu adds. "Thus, we used a combination of methods and expertise to explore the origin of this ivory cargo through genetic and isotopic data gathered from sampling the tusks. Our conclusions were only possible with all of the pieces of our interdisciplinary puzzle fitting together." The team's analyses, including DNA from 44 available tusks and isotope analysis of 97 tusks, showed that the ivory had come from African forest elephants. Their mitochondrial DNA, passed down from mother to calf, traced them to 17 or more herds from West as opposed to Central Africa. That was a surprise, Chirikure says, because the Portuguese had established trade with the Kongo Kingdom and communities along the Congo River by the 16th century. "The expectation was that the elephants would be from different regions, especially West and Central Africa."

Four of the mitochondrial haplotypes they uncovered are still found today in modern elephants. The others may have been lost due to subsequent hunting for ivory or habitat destruction. Isotope analyses also suggest the elephants lived in mixed forest habitat, not deep in the rainforest, the researchers report.

In addition to these insights, De Flamingh says that these new data can now aid in tracing the source of confiscated illegal ivory. And the new findings are just the tip of the iceberg in terms of what can be learned from studies of ivory about elephants and the people who hunted them.

"There is tremendous potential to analyse historic ivory from other shipwrecks, as well as from archaeological contexts and museum collections to understand the life histories of elephant populations, the skills and lifeways of the people who hunted and traded the ivory, as well as the many journeys of African ivory across the world," Coutu says. "The revelation of these connections tell important global histories."