Following up on the lab management article 'Microbiological safety cabinets - On-site and maintenance testing' published in our latest November 2020 print issue, professors Raymond Clark and Mervyn de Calcina-Goff expand upon the original article by responding to outstanding questions surrounding the deviation between UK and EU standards for microbiological safety cabinets... 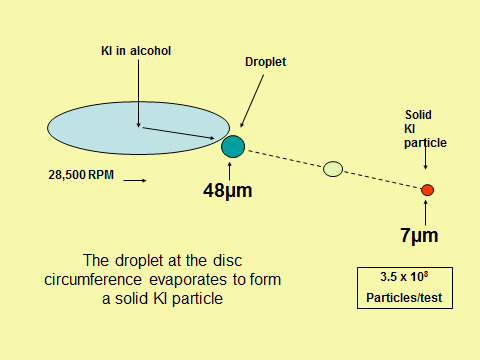 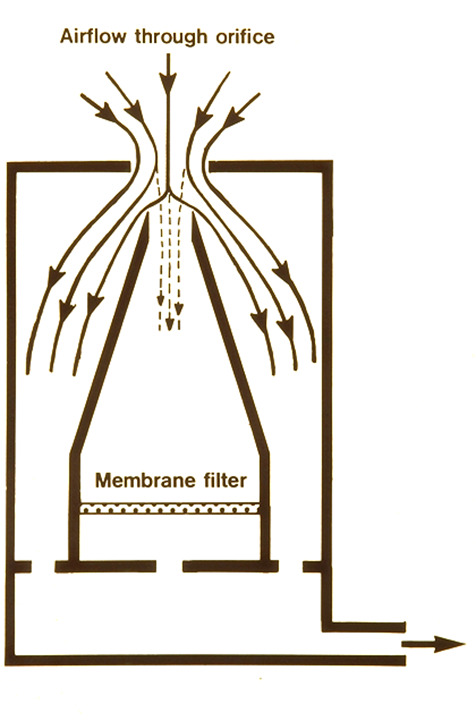 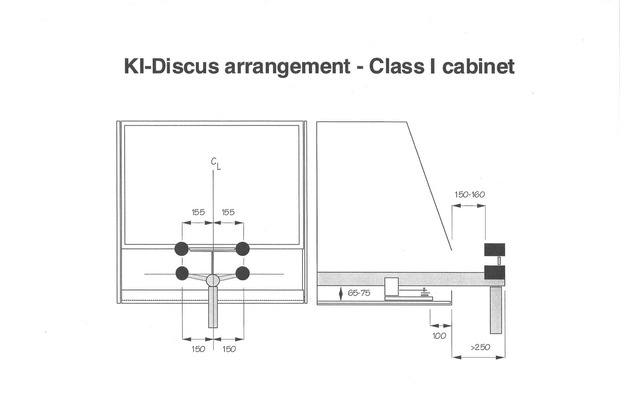 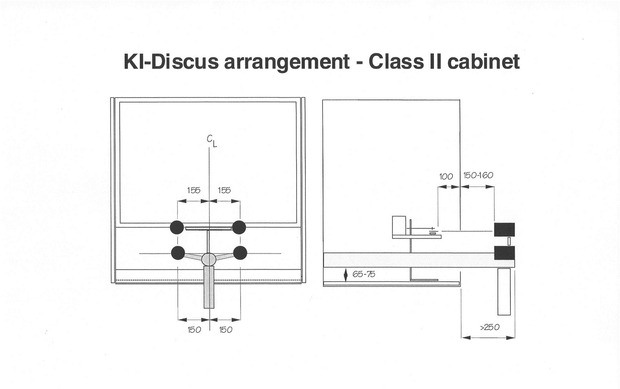 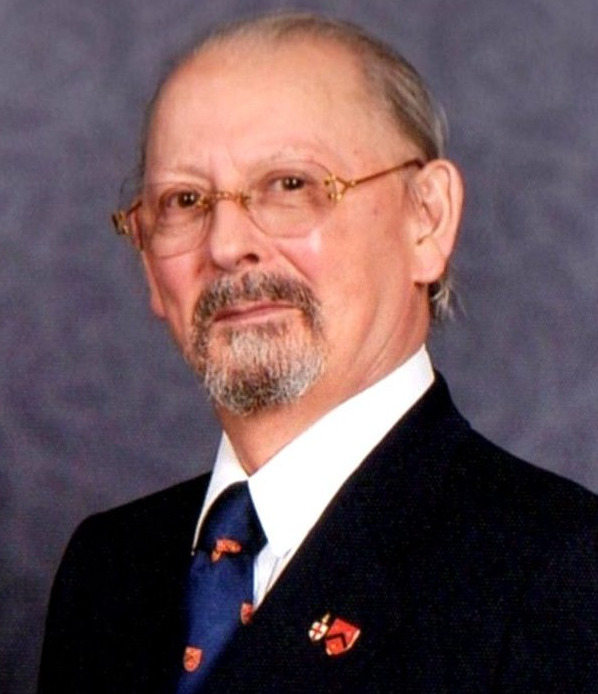 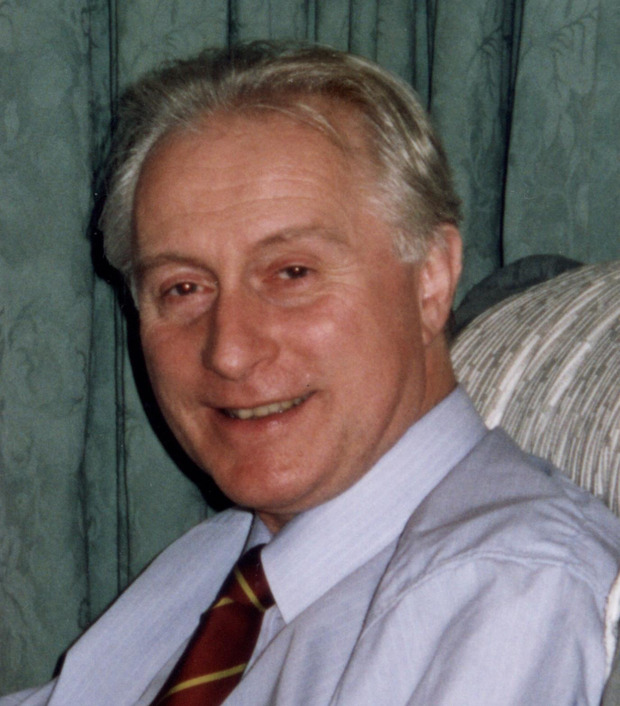 [Update and revision - please note, with our apologies, that the original print article had instances where the 'power of' numbers were misprinted. We hope this does not create confusion and ask readers to note the corrections below]

Microbiological safety cabinets (MSCs) are designed to capture and retain infected airborne particles released in the course of work and to protect the laboratory worker from inhaling them.

MSCs are classified as class I, II or III. While class III cabinets are totally enclosed and leak-proof, with workers accessing the interior using fixed gloves, class I and II MSCs have a front aperture through which the user can perform general microbial tests. Test work can include the use of micro?organisms classified under the risk groups 1, 2 and 3, making user protection critical.

In the 1970’s and 1980’s safety cabinets had a record of poor installation and misuse. Between 1971 and 1975 Dr S W B Newsom, working at Papworth Hospital, undertook a survey to produce a list of those cabinets that were suitable for use in hospital pathology laboratories. The results identified a depressing amount of poor equipment and resulted in a number of unsafe cabinets being removed from service. It also provided information for a British Standard (BS) for microbiological safety cabinets (MSC’s) which was in preparation at the time and which was subsequently published as BS 5726 in 1979. (REF 1)

Since 1979, British Standards have required performance testing for the front aperture to include: flow visualisation, air velocity measurement and containment to measure Operator Protection Factor (OPF), now referred to as the Aperture Protection Factor (APF).

The BS 5726 standard included a containment test for open fronted microbiological safety cabinets that employed a challenge of microorganisms (serratia marcescens or subtilis sporesI) projected towards the front opening from inside the cabinet by an air driven nebuliser. Unfortunately, both these microorganisms are pathogenic, so the use of such organisms in an aerosol spray is usually now restricted to type testing safety cabinets in controlled conditions.

In 1978, while working at the MRC Clinical Research Centre, the authors used Schlieren photography (2) to visualise the airflows in and around re?circulating linear downflow cabinets (early class II types).

The results showed that there was an air ‘bulge’ at the front opening that allowed air from within the cabinet to spill out towards the operator. The study indicated that the APF afforded by these cabinets was much less than had been generally recognised. Laboratory environmental conditions (people movement, equipment use, ventilation systems) can have a profound effect in reducing containment even in cabinets that have passed a ‘type’ test and when parameters, such as internal pressures, were nominal according to manufacturers’ specifications.

In view of this, new non-pathogenic on-site containment tests were needed, both at commissioning and during routine maintenance checks.

By 1982, a new test had been developed that used a challenge of potassium iodide (KI) particles produced by a spinning disc generator – the KI Discus test (3). Any escape of aerosol from the cabinet front aperture was sampled by centripetal air samplers and deposited on to filter membranes within the samplers. After a test, the membranes were removed from the sampler and placed in a solution of palladium chloride. Any potassium iodide particles ‘developed’ into grey/brown spots that were counted with a magnifier.

Using the number of droplets in the challenge produced by the spray generator and the number collected in the air samplers, the APF for the cabinet is calculated.

Comparative tests between the microbiological challenge and KI tests demonstrated that both methods were suitable for containment testing of open fronted cabinets. So, the potassium iodide test system equipment was built for commercial use.

The KI Discus test is suitable for all open-fronted microbiological safety cabinets and fume cupboards designed for radiopharmaceutical and cytotoxic work.

Deviation between UK and EU standards

Unlike EU guidelines, in the UK the Health and Safety Executive (HSE) has always recommended installation containment tests particularly if the laboratories were highly ventilated (4) or when cabinets had been moved or changes made to other air movement devices in the same laboratory that may alter the environmental conditions in the vicinity of the MSC.

Initially mentioned in BS 5726 (1979), the KI Discus test was specified in detail in BS 5726 (1992). The test is also defined as one of the optional type tests for operator protection in the European Standard for microbiological safety cabinets, CEN BS EN12469:2000 (Annex C). However, the significance of onsite testing and environmental influences on the MSC was not well understood by many standards makers and a mandatory requirement for front aperture containment testing at installation was not included in the 2000 European Standard. Test requirements for installation and commissioning remain open.

The authors regard this omission as a very serious failing and hope that the UK presents strong and robust representation for compulsory on site front aperture containment testing at commissioning, and where appropriate at annual inspection. During 2018 the European Standard (BS EN 12469) began to be reviewed by the CEN TC332 Working Group 8. Still in progress, the authors believe there is time to ensure the revised guidelines include an appropriate update.

Is the calculation of operator protection factor still considered appropriate?

Now referred to as the Aperture Protection factor (APF), this quantifies the protection afforded by the aperture air flows and should not be less than 105 Accounting for these factors, the maximum number of developed ‘spots’ on a filter membrane has to be 62 or less for a protection factor of 105

Is the 105 level of the protection factor still considered appropriate?

The leakage of up to 1/100000 of the challenge, was consistent with an protection factor of 105 specified for class I and class II cabinets. While this value was accepted some 40 years ago, it nevertheless remains appropriate as it is within the sensitive measurement range of both the microbiological and KI test methods and emphasises that there is leakage from open fronted cabinets. If this leakage is a concern with this level of performance, open fronted cabinets should not be used. Thus, the idea of ‘banding’ - to introduce a range of acceptable results that could allow lower levels of containment - is unjustified.

What is the size of the potassium iodide challenge aerosol?

Yes, as it provides reference conditions to enable the protection factor to remain dimensionless

Why is 100mm from aperture entry used as position for the aerosol disc?

This was to avoid any direct projection of challenge out of the cabinet and was consistent with the original microbiological test positions in BS 5726 1979.

Yes. The internal geometry and inflowing air volume are critical design parameters (12). Approximately 97% of the inflowing air bypasses the nozzle housing the filter membrane. The volume flow rate ensures that air is not sucked out of the cabinet to distort the results.

Why, for Class I MSC’s, is the injector or spinning disc underneath the arm but for Class II MSC’s it is above the arm?

The injector is designed to challenge the weakest part of the of the inflow which for a class I cabinet is between the base and the underside of the arm. For class II cabinets the weakest area is just below the bottom of the aperture window. The positions are also consistent with the original microbiological tests.

The two-phase flow of particles and air is a non-trivial mathematical problem, so a transfer index is employed to account for the uniform mixing of air and particles within the various air spaces in front of a cabinet. In theory, this means that samples taken at any positions in front of the aperture will essentially be similar, avoiding the need for multiple tests.

For the disc spinning at between 28,000 +/- 500 rpm the size of the KI droplet at the circumference of the disc is approximately 48µm diameter. Once detached from the disc the droplets evaporate within a few diameters of the spinning disc to produce solid particles of potassium iodide of around 7µm diameter. Some 3.5 x 108 particles are produced in a containment test when 20ml of potassium iodide in alcohol solution is aerosolised.

Accounting for these factors, the maximum number of developed ‘spots’ on a filter membrane has to be 62 or less for a protection factor of 105

The leakage of up to 1/100000 of the challenge, was consistent with an APF of 105 specified for class I and class II cabinets.