Clarifying VAT on PPE for charities during COVID pandemic

Led by GAMBICA, the trade association for the instrumentation, control, automation and laboratory industries in the UK, the lab industry is working to bring clarity to an unnecessarily confusing situation surrounding the application of VAT charged on charged on essential personal protection equipment (PPE) sold for charitably funded medical and veterinary use. 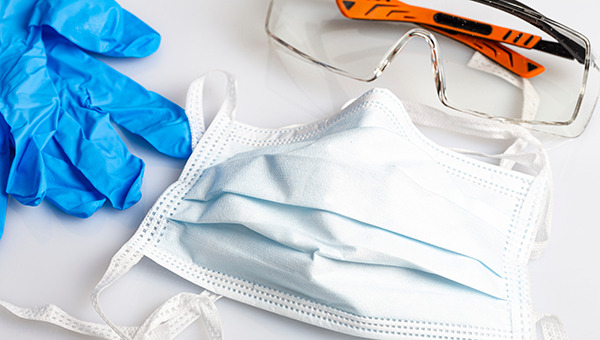 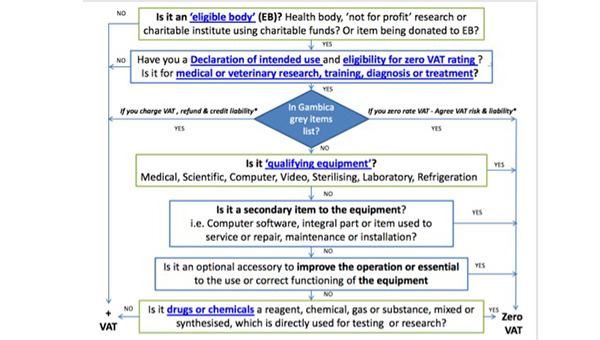 If you give money to medical or research charities, you probably don’t expect 20 per cent of your donation to be clawed back in VAT, however, because of confused guidance on applying zero-rate VAT relief, that’s exactly what often happens. Furthermore, now the temporary relief afforded by the Government’s decision to make all PPE VAT-free came to an end on October 31 2020, VAT will now be charged on PPE sold for charitably funded medical and veterinary use.

Universities and other charitably funded bodies carrying out medical or veterinary training, treatment, research and diagnosis, should be able to buy most of their laboratory equipment without paying VAT. This is significant as the standard rate of VAT charged at 20% is not usually recoverable by universities and other charitably funded bodies. Unfortunately, as laboratory and Personal Protective Equipment (PPE) has evolved from what was available when the zero-rating relief first came into effect, much modern lab equipment and PPE is not explicitly listed in the HMRC guidance which states:

“With the pace of technological change, new types of equipment will often be developed… the underlying principles set out in this notice should be followed to determine if the item is a qualifying one. In areas of doubt, specialist advice should be sought.”

As the underlying principles are not made explicit, suppliers and purchasers must decide what rules to infer from the rather confusing guidance. Anomalies include the fact that while glassware is generally eligible, plastic equivalents often are not, re-usable lab coats are eligible, but disposable ones are not, and the guidance is particularly unclear when dealing with bulk substances.

A group of expert GAMBICA members including, CAMLAB, Thermofisher, Starlab, VWR and Appleton Woods has come together to provide the specialist advice needed to implement the HMRC guidance but not actually available until now. In consultation they have developed clearer and more comprehensive guidance supported by the Charity Tax Group, the British Universities Finance Directors’ Group and the British Safety Industry Federation. Although it has not yet been approved by the HMRC, the guidance will help group members and other purchasers and suppliers to make consistent decisions about VAT relief eligibility based on the interpretation of the guidelines by this consortium of customers, suppliers and standard setters.

The whole area of PPE is particularly confusing – it was previously thought that medical standard PPE was eligible for zero rate VAT, but the latest HMRC guidance issued a blanket statement that all Nitrile gloves were not eligible, causing a significant 20% increase in price paid by charities for these items. Burdening donated funds with a 20% VAT charge that could be put to better use.

GAMBICA chief executive, Steve Brambley is pressing for a wider interpretation of the original law, recommending to HMRC that all PPE used in charitably funded medical and veterinary research be eligible for zero rate VAT and that eligible bodies be allowed to claim zero rate VAT on all equipment used in training, treatment, research and diagnosis saying:

“We would also ask for consideration to be given as to whether this is an opportunity to further remove red tape and reduce ambiguity by allowing eligible bodies to claim zero rate VAT on all equipment used in training, treatment, research and diagnosis. Given the return on investment to society and the reduction in administration burden for suppliers and HMRC the benefits of better funded research would outweigh the costs. HMRC would in turn only need to inspect the documents for the purchaser to ascertain adherence to the rules.”

This position is supported by The British Safety Industry Federation, whose Chief Executive Officer, Alan Murray, said: “I would like to commend and applaud these efforts to bring clarity to an unnecessarily confusing situation surrounding the application of VAT to essential equipment used by charitably funded bodies. I am sure that there is no motivation by HMRC to claw back VAT from charitably donated funds and the work done by the GAMBICA VAT Group will, I am sure, assist the authorities in providing much needed clarity in this area.”

Others have also supported GAMBICA’s work: “The Charity Tax Group applauds these efforts to reduce the uncertainty surrounding the VAT treatment of many items of medical research equipment. The current pandemic illustrates the importance of medical research and the Government can confirm its support of this lifesaving work by making these supplies VAT free wherever possible.”

The value of the guidance is made clear by Denise Fane de Salis, MD of Starlabs who said: “We urgently needed clarity on the VAT situation of gloves. As a company we need to know we are doing the right thing, not only for our sake but that of our customers too. I would like to see a permanent zero-rating on gloves so the bodies carrying out research have more money for their important research activities.”

The GAMBICA VAT Group’s guidance, which has been sent to HMRC to consider, consists of:

These ‘grey items’ are subject to further debate and consultation with HMRC but the group has listed items where the HMRC guidance is contradictory or unclear and set out a rationale for these items being either eligible or not eligible for zero-rating VAT relief. Of course, it is still the suppliers’ decision as to whether to charge standard or zero rate VAT. If there are other ‘grey items’ not yet included which members would like the group to review, please let us know.

Suppliers and purchasers are advised to agree between themselves how items on the grey list will be treated for VAT purposes and how the VAT liability will be managed should any decision made in good faith be proven later by HMRC to be incorrect.

The guidance has been sent to HMRC which has pointed out that: “The issues are ongoing” and that the guidance “… will require consultation with a number of colleagues. Our main concern is that it is made clear that HMRC has in no way agreed it, thereby ensuring that there are no legitimate expectations of HMRC agreeing with any decisions taken by suppliers.”

This guidance is now available to group members on the GAMBICA website. If you are not a member, please email Jacqueline.balian@gambica.org.uk and she will be happy to send you a copy.

If you would like to support or be part of the campaign for all equipment used in training, treatment, research and diagnosis to be eligible for zero rate VAT, please contact the group via Jacqueline.balian@gambica.org.uk