Back to Analytical Chemistry

The renaissance of supercritical fluid chromatography 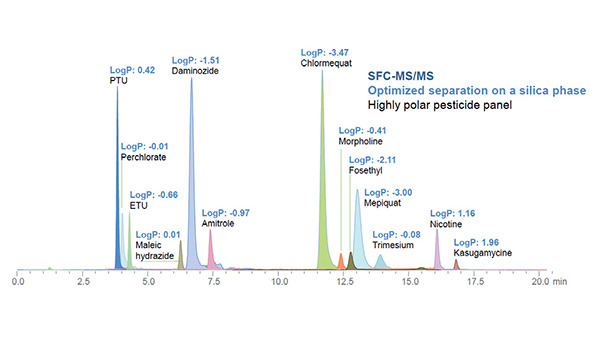 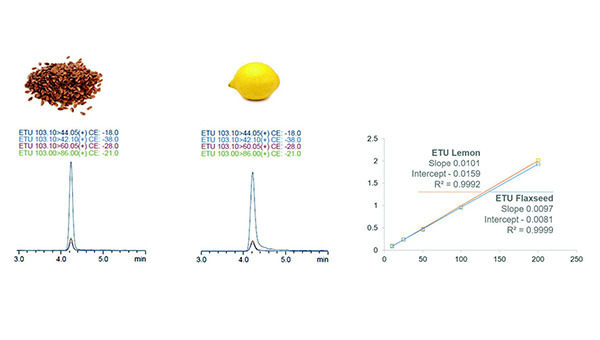 Carbon dioxide (CO2) quickly became the preferred fluid of choice because of its low critical temperature (31.1°C) and relatively low critical pressure (7.38MPa). Furthermore, it is non-flammable, non-toxic and inexpensive.

The potential benefits of SFC gained momentum through the 1990s where both academia and industry regarded the technique as an invaluable separation tool both in analytical and preparative separation. However; this was short lived since challenges with reproducibility and hardware stability reduced confidence in using SFC as a mainstream analytical tool. It continued to maintain a force within the preparative arena since both chiral and achiral compounds could be isolated in the absence of an aqueous mobile phase. In addition, since carbon dioxide is gaseous at atmospheric pressure, the primary mobile phase constituent is simply separated from the compound of interest via a gas-liquid phase separator (GLS).

Recent development of modern instrumentation to overcome the challenges faced by earlier systems has started to rebuild the confidence with this technique. This has led to a renaissance with an explosion in academic papers and adoption within both the pharmaceutical and bio-pharmaceutical arena. Furthermore, new application areas have begun to trend; such as, food science, natural products and environmental analyses are all utilising the benefits of modern SFC analysis.

The reduced extra-column volumes within instrumentation coupled with the successful packing of sub-2µm superficially porous particle stationary phases has led to ultra-high performance SFC (UHPSFC) facilitating improved resolution and faster analyses. The ability to hyphenate to mass spectrometry via a split-less interface has further propelled this technique into new application paradigms beyond the pharmaceutical world; one of which includes the Food and Environmental Testing Industry.

New advances in LC-MS/MS capabilities have led to the development of sophisticated multiresidue methods measuring hundreds of compounds in a single method. Typically, methods utilise reversed phase chromatography which can result in a small but significant number of compounds not retained by C18 stationary phase columns due to the highly polar nature of some compounds. This is a common challenge observed by many industry sectors, one of those being food safety. The quantification of highly polar pesticides in a range of food matrices is notoriously challenging. The tolerated solution involves the use of more exotic column stationary phases which can suffer batch-to-batch challenges and %RSD variation over a relatively small number of injections due to the build-up of matrices within the stationary phase bed.

No appreciable matrix effect differences that could not be accommodated for using the internal standard compounds. Repeat injection of control samples found good precision with coefficient of variation measuring better than 10% for most compounds with accompanying internal standards.

This is just one example how early adopters in SFC can benefit from its capability. More recently, the ability of modern instrumentation to blend successfully both organic and aqueous mobile phase with supercritical CO2 has led to a new area of research into enhanced fluidity liquid chromatography (EFLC) driving beyond the confines of the historic contours described by P-T phase diagrams. This exciting area has now expanded the benefits of this technique into the analysis of biomolecules such as monoclonal antibodies.

Both academic institutions and industry are beginning to realise how supercritical fluid chromatography and its related subsets can benefit their laboratories.

Supercritical fluids show certain properties that are used to advantage in chromatographic separations:

The solvating power of a supercritical fluid is proportional to its density, which in turn can be increased by increasing the system pressure.

Supercritical fluids show low viscosities and higher diffusivities when used as a mobile phase. This results in narrower peaks because of the rapid diffusion and faster elution with a lower pressure drop through the column. SFC can be used with a wide range of detectors and has a resolving power that is 5 times that of HPLC.