While CO2 is essential for plant growth, excessive CO2 in the atmosphere is stunting growth in marsh plants, according to findings from experiments at the Smithsonian Environmental Research Center in Maryland. 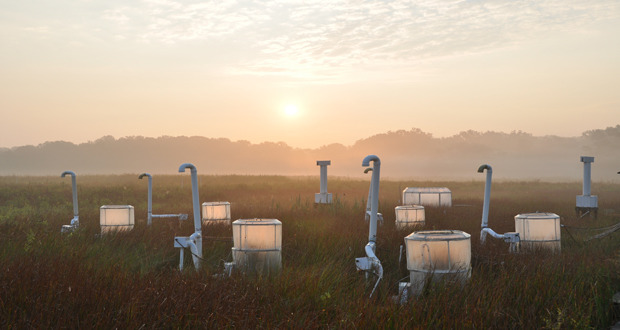 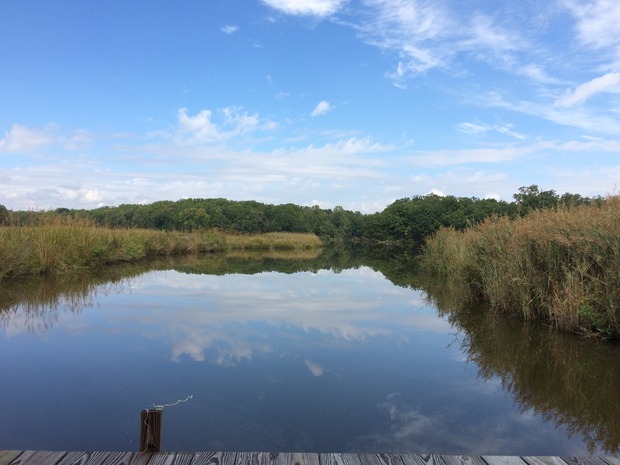 Scientists at SERC are running experiments to simulate projected environmental conditions in the year 2100 by steadily raising CO2 levels in controlled plant chambers.

They found that instead of producing bigger stems, marsh plants that were exposed to elevated levels of CO2 produced more stems, but ones that were noticeably smaller.

Meng Lu, lead author of the study, published in Nature Climate Change, said: “I don't think anybody expected this. Everyone thought [plants] increased, biomass increased, so the height, width, all should increase. But that’s not the case in a marsh.”

SERC scientists harvested the plants in chambers and measured their key traits such as total biomass, stems and roots. In the high CO2 chambers, biomass of all the marsh sedges went up 20%, while individual stems had shrunk 16%.

Deprived of nitrogen and with extra injections of CO2, plants were found to spread their roots further down in an attempt to draw more nitrogen from the soil. Because most marsh plants are clonal, they produce more stems above ground as their roots spread, meaning SERC scientists were left with a greater biomass.

One benefit of the increase of CO2 is that denser roots enable a marsh to build soil, which raises its elevation and thus outpaces any rise in sea level.

In separate growth chambers, meanwhile, the team raised not just CO2, but also nitrogen levels, partly to simulate high nitrogen levels in polluted estuaries. Plants in these chambers were able to grow more stems and make those stems larger, thanks to the extra nitrogen.

SERC senior scientist Pat Megonigal told Laboratory News: “Different estuaries could become more polluted with nitrogen in the coming century if we continue to use fertiliser and emit nitrogen gases at the rate we have done in the past, or they could become cleaner if our efforts to reduce the pollution are successful, which seems to be the case recently in the Chesapeake Bay.

“Either way our nitrogen addition treatments are giving us important information [that the] response of marsh plants to rising carbon dioxide – which is certain – will depend on the amount of nitrogen in the environment.”

So a future with more CO2 in the atmosphere and more nitrogen in the soil – wouldn't this simply mean bigger and more plentiful marsh crops? It’s a controversial topic in the plant sciences community, says Megonigal.

“Some marshes react to extra nitrogen with both more root growth and more shoot growth, which is good for elevation gain,” he told Laboratory News. “However, in some wetlands the plants react to extra nitrogen by shifting their growth away from roots and into shoots, with the effect of actually growing fewer roots overall. That works against elevation gain. In fact, we have shown our marsh reacts this way to the combination of CO2 and nitrogen.

“Nitrogen can help or hurt depending on the delicate balance of the supply of nitrogen and the plant demand for nitrogen. It’s tricky.”

The research is taking place at the Global Change Research Wetland, a 70-hectre marsh based at SERC. In contained chambers, scientists have been steadily raising CO2 to levels nearly twice as high as those in Earth’s atmosphere today – which could be a reality by the end of this century – in order to track the changes in plants.

They have been increasing CO2 temperature since 1987 and these results represent more than 30 years of data. But experiments are still on-going. Megonigal said that SERC researchers are conducting more research into the factors that dictate the amount of nitrogen naturally available to these plants.

They have also been testing increased marsh temperatures, which has so far shown to affect root growth dramatically by stimulating microbes to generate more nitrogen for plants. Research on these particular experiments will soon be published in Proceedings of the National Academy of Sciences.