Games have never been more popular and in their column the newest recruits to the Lab News team, Dr Louise Robinson and Dr Ian Turner, take us through a science based-game each month to find out if it is any good... 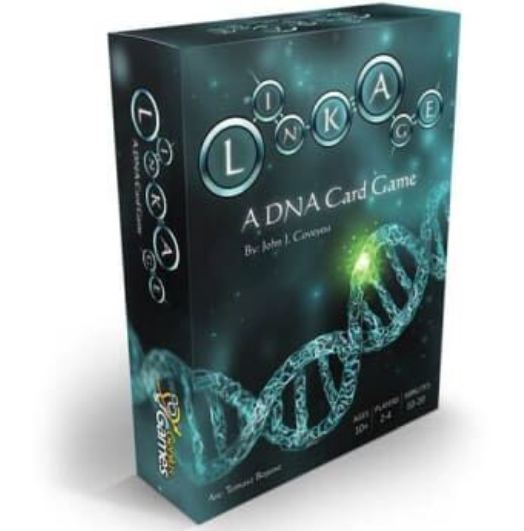 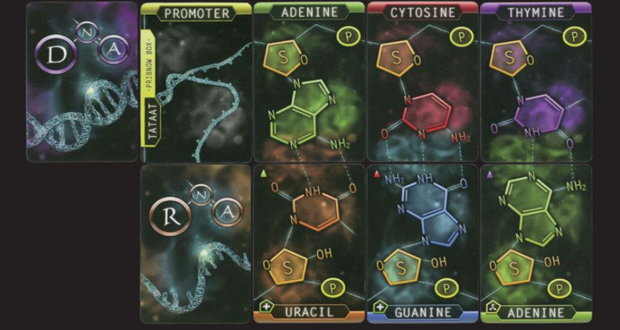 What is Linkage?
Linkage is a card-based game about DNA transcription and generating the longest possible, correctly sequenced, RNA molecule. Players must manage their cards and build a pattern, in this case RNA.

The competitive part of the game places you in an epic battle with a rival RNA, each of you trying to copy the DNA template. Like all good battles you can attack, strategise and recover by mutating your opponent’s RNA, the template itself or implement some hasty repair mechanisms. The game is all about having as many correct Watson-Crick base-pairs as possible in play before the terminator sequence is drawn and the round is over.

Is it fun?
Yes, it is. How could a game about DNA not be! For a simple card game there is quite a lot of strategy, whilst trying to second guess what nucleotides an opponent has and if they hold a mutation card. The game is fairly fast paced which adds to its strategic fun and means there is limited time sitting around waiting for your opponent. The game has a simple scoring system but is still exciting - those dreaded mutation cards mean up until the very end it is not clear who is going to win. The unfamiliar terminology and concept may present an initial barrier to non-scientist gamers so expect to be patient in the first few goes as they try and get to grips with the rules and molecular biology staples such as Uracil and Thymine both linking with Adenine.

Is it educational?
The game follows the basic principles of DNA transcription and all its components are definitely involved in this process. This and the games central mechanic of extending an RNA nucleotide would certainly generate some immediate educational value for those unfamiliar with this area. The playing cards themselves contain striking and accurate visuals of the nucleotide bases and accurate Watson-Crick base pairing is central to the game. The addition of promoters, terminators, and mutations give a hint to the complexity of the transcription process and may prompt the keen to undertake their own research. The competition part is not representative of nature, but a one player game probably has less appeal. There is perhaps greater opportunity for some explanations of the real process in the instruction booklet.

A fun and quick paced game that can easily be set-up and played whilst the thermal cycler runs. Accurate components and concept but may confuse or put off someone with no science background.