Disrupting cellular communications, altering blood vessels and hijacking the immune system – metastasis is one of the biggest challenges when tackling cancer. Could an understanding of how cancer cells manipulate macrophages help us beat it?

Cancer remains the leading cause of death globally and will affect 1 in 2 of us.

It’s well known that cancer cells are incredibly versatile and can adapt to different environments, and one of the biggest challenges that cancer clinicians face is metastasis. In fact, 90% of cancer deaths are caused by secondary tumours that have spread to other parts of the body.

Many studies have shown that cancer cells employ a range of tactics to migrate away from the primary tumour. They equip themselves with ‘weapons’ to help them escape and travel to distant sites, while remaining hidden from the immune system. These cells travel through the body until they find a suitable location to start building a secondary tumour. Along the way, cancerous cells encounter many other healthy cells – and the way in which they interact is fascinating researchers.

In recent years, scientists have discovered that cancer cells actually ‘talk’ with the healthy cells they meet and can manipulate them into helping the cancer spread. For example, breast cancer cells that have migrated to the bone have been shown to manipulate healthy osteoclasts, a type of bone cell, reprogramming them to corrode the bone itself and make more room for the cancer to grow. In healthy patients, osteoclasts use those same chemical signals to corrode old bone, which is then replaced by new healthy tissue. Once cancer enters the picture, this mechanism is hijacked and re-purposed to aid the spread of disease.

Good communicator
Cancer cells communicate with their healthy neighbours using chemical signals, exchanging molecules to illicit the desired response. This mechanism is not dissimilar to two ships at sea signalling to each other using coloured flags, with each colour encoding a specific command. These signals, known as secreted factors, have evolved to allow healthy cells to talk to each other and coordinate tissue and organ function.

The area around a tumour, known as the tumour microenvironment (TME), can greatly affect how cells communicate with one another. The TME comprises a complex web of healthy cells, secreted chemical signals, cancer cells, and the surrounding blood vessels and extracellular matrix (ECM). Each of these components has an active role in determining how tumours progress. In particular, secreted chemicals, such as cytokines and chemokines, play a major role in intercellular communication – not only do they transmit signals between healthy cells and tumour cells, they also regulate inflammation, maintaining a favourable surrounding environment. Their important role makes them ideal therapeutic targets and prognostic tools for cancer.

Characteristics of the extracellular matrix can also often determine the mode of cell migration used for cancer spread. Among the most important cellular components of the tumour microenvironment are immune cells; in fact, our immune system communicates with the cancer cells during each step of metastasis.
This ‘dialogue’ and the balance between tumour promotion and suppression can determine how the cancer progresses. Indeed, one of the most prominent and abundant immune cell populations inside the tumour microenvironment are macrophages, whose primary functions are immune surveillance and protection against foreign material. We know that there are two broad categories of macrophages – the ‘good’, which can fight against cancer cells, and the ‘bad’, which have been altered by the cancer cells to favour tumour progression.

Master manipulator
So how exactly do cancer cells manipulate macrophages to promote tumour progression? Recently, our research group published a Cancer Research UK-funded study in Cell that demonstrated how cancer cells alter their own cytoskeleton, specifically Myosin II, to facilitate metastasis. We found that Myosin II activity in cancer cells was increased in areas where the cancer was invading surrounding tissues.

This increase in Myosin II activity led to increased secretion of the cytokines and chemokines that ultimately educate macrophages to promote tumour development in melanoma. Furthermore, some of the factors released by invasive cancer cells were able to make tiny holes in the blood vessels, allowing cancer cells to escape into the bloodstream and travel to new areas of the body. We hope that by blocking Myosin II activity, we could reduce this effect.

Our findings provide valuable insights into how the cytoskeleton regulates not just the shape and structure of cancer cells, but also their communication abilities. But there is still a lot to learn about the environment around a tumour, and as we do, we’re uncovering even more mechanisms that control cancer spread.

The more we discover about how cancer cells communicate with their healthy counterparts, the better equipped we will be to design new treatments to prevent or halt cancer spread, and ultimately, save lives. 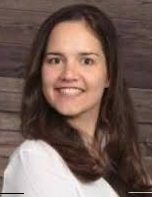 Victoria Sanz-Moreno, Gaia Cantelli (both pictured) and Mirella Georgouliare are based at Cancer Research UK Barts Centre, at Queen Mary University of London