Neurodegenerative diseases are becoming a major focus for an ageing population. Here we learn how neutrons are helping us understand the misfolded proteins thought to underlie many of these conditions.

The primary underlying cause of many of these degenerative conditions is the accumulation of misfolded proteins called amyloids.

The proteins themselves typically have a normal functional role but may be susceptible to abnormal denaturation that can lead to uncontrolled assembly of fibrils that aggregate in the body as plaques.

It has long been known that amyloid build-up in tissues throughout the body can cause major health problems, and may seriously compromise organ function in a wide range of diseases. However, the molecular mechanisms involved remain poorly understood. The toxicity effects at the root of amyloidosis are the focus of a great deal of research – ranging from studies of the precursor molecules of the plaques, to the amyloid assembly process itself, and the disruption caused to the correct function of membranes and the physical damage to the architecture of cells and tissues. 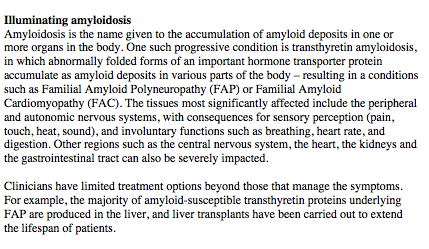 Consequently, researchers are seeking a better understanding of the proteins that make up these amyloid aggregates, and the way they form. This will allow the disease pathway to be better characterised and may help the identification of improved treatments for specific conditions. From the world’s most common amyloid-associated diseases to the rarest, researchers globally are applying advanced analysis techniques to understand these progressive and often-fatal illnesses.

Unlocking knowledge with neutrons
A number of mutant forms of transthyretin are associated with greatly increased levels of amyloidosis. These unstable mutants can result in a particularly aggressive, hereditary form of the disease. However, in contrast, ‘stable’ equivalents also occur that are protective against the formation of amyloid plaques. An international collaboration of researchers from Institut Laue-Langevin (ILL), Keele University, and Max Planck Institute for Biophysical Chemistry, have applied a range of techniques including neutron and X-ray crystallography, mass spectrometry, and molecular modelling to understand how variants of the same protein can lead to such vastly different outcomes.

The study, published in Nature Communications, employed one of the most advanced neutron techniques available, at the world’s flagship neutron science facility, ILL. When it comes to analysing the molecular level detail of biological structures such as proteins, neutrons provide unique and crucial information on the location of hydrogen atoms – which are key players in biochemical reactions and interactions. Moreover, unlike X-ray investigations, neutrons do not cause radiation damage to the samples, and there is no need to use cooling methods to mitigate this problem. Hence samples can be studied at normal temperatures that are relevant to the physiological conditions of the human body.

The neutron crystallographic approach has allowed the scientists to understand the molecular mechanism that renders this protein susceptible to degradation and misfolding into amyloid.

Scientists at ILL employed the instrument LADI-III to carry out a key part of the experimental work. This instrument is a neutron diffractometer designed exclusively for the study of biological macromolecules. Neutrons were used to probe a sample of each mutant protein, along with the ‘normal’ protein, and the corresponding diffraction patterns were used to build an image of the crystal structure. This study also made extensive use of the Deuteration Laboratory (D-Lab) platform operated by ILL’s Life Sciences Group, as well as other powerful technology platforms available within the Grenoble Partnership for Structural Biology (PSB). The D-Lab platform enabled the transthyretin protein used in this experiment to be produced with all of the hydrogen atoms replaced by the isotope deuterium.

Used in parallel with other strongly complementary techniques, the neutron crystallographic approach has allowed the scientists to understand the molecular mechanism that renders this protein susceptible to degradation and misfolding into amyloid. In addition, the research has led to a more detailed understanding of the way in which a small-molecule drug may offer protective effects in the same way as those observed for the stable mutant of the protein. The drug, called tafamidis, is the only one licenced for the treatment of transthyretin amyloidosis.

Elucidating Alzheimer’s
Neutrons are also being used to study the molecules underlying Alzheimer’s disease – one of the most prevalent neurogenerative conditions and one that is becoming increasingly important as lifespans become more extended.

Alzheimer’s disease is the most common form of dementia, a condition experienced by over 50 million people around the world. It is progressive and difficult to deal with for both the patient and families of those affected; it is characterised by memory loss, impairment of cognitive processes, and interference with the daily life of those who live with it. It is often fatal, being the seventh leading cause of death globally. One of the hallmarks of the disease is the presence of amyloid plaques accumulating between nerve cells in the brain. As with transthyretin amyloidosis, treatment options are extremely limited and no cure currently exists.

Research into Alzheimer’s associated systems has been undertaken at ILL for many years, looking at factors such as the identification of disease markers, modelling relevant biological membranes, and protein clustering. A new study published in the Journal of Physical Chemistry has applied neutron techniques to explore the toxic effect of amyloid species that arise during amyloid plaque formation. The scientists discovered that these species caused increased rigidity in membrane model systems, and that certain proteins can inhibit both the aggregation process and its effect on the membrane, effects that may be protective against permanent damage in the brain and other parts of the nervous system.

The project builds upon previous work by several groups and combines the expertise of biophysicists from the ILL, Istituto di Biofisica, Consiglio Nazionale delle Ricerche, the Università Politecnica delle Marche, and the Université Grenoble Alpes. Researchers had previously identified a specific group of proteins called chaperonins, and in particular the Heat Shock Protein Hsp60, which is now known to interfere with amyloid aggregation. Chaperonins have acquired their name from the fact they act as molecular chaperones, helping to ensure that proteins are correctly folded and located in a cell. Hsp60, which is involved in several diseases, appeared to be particularly proficient at preventing amyloids from aggregating and damaging cell membranes.

In this research, the specific neutron techniques used were small-angle neutron scattering and neutron spin echo spectroscopy. Neutron spin echo spectroscopy involves firing beams of neutrons at a material and carefully analysing the speed of the scattered neutrons. It is able to characterise the dynamic properties of materials, enabling quantification of atomic and molecular motions. The researchers used this technique on the IN15 instrument specifically to measure the membrane rigidity at the molecular level.

The results indicate that the chaperonin Hsp60 can interact with amyloid β-peptides and intermediate molecules, interfering with the aggregation process and eventually stopping plaques from forming. The chaperonins essentially act like assistants in the cell, capturing the reactive species before they can do any damage. This study shows that even small amounts of this ‘chaperonin’ protein may protect crucial brain membranes from neurodegenerative damage.

The path from functional proteins to amyloid plaques is mysterious, complex, and poorly understood: further studies are needed to elucidate the molecular interactions involved in amyloid-related illnesses. This type of research is making a substantial impact on understanding these interactions – which will be crucial for the development of the protective drugs needed to combat these devastating diseases. 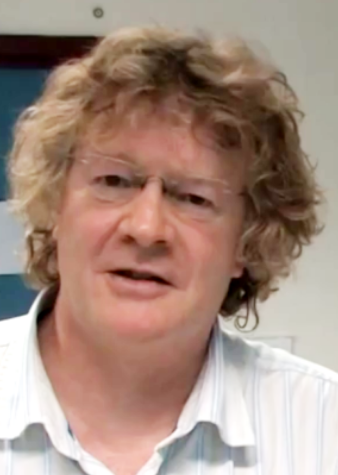 Professor Trevor Forsyth is a Chair in Biophysics at Keele University. He also holds a Senior Fellowship and is Head of the Life Sciences Group at the Institut Laue Langevin (ILL) in Grenoble, France. 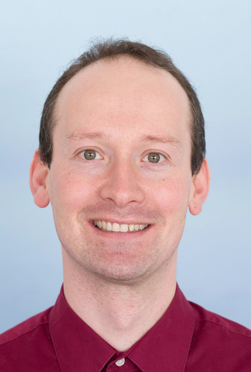 Dr Peter Falus is the main scientist responsible for the WASP Neutron Spin Echo spectrometer at the ILL.