The science of Fear

In exploring the flight or fright process neuroscientists are finding that the fear response is much more complex previously thought. Dare you read on?

In exploring the flight or fright process neuroscientists are finding that the fear response is much more complex previously thought. Dare you read on? 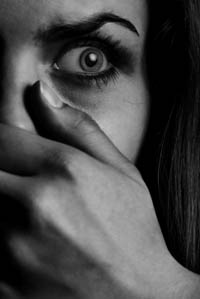 To flee, fight, or freeze? For an animal overcome with fear, that is the essential question. The answer often depends on the amygdala – a major emotion-processing hub nestled deep in the brain. In both mice and humans, it mediates behavioural responses to certain types of fear, and helps to form long-term memories of frightening experiences. However, very little is known about how cells in the amygdala communicate with their downstream neural targets to produce specific fear-induced behaviours.

A recent study addresses this gap in knowledge, thanks to the innovative work of scientists at the European Molecular Biology Laboratory (EMBL) in Monterotondo, Italy, and GlaxoSmithKline in Verona, Italy. The scientists used several new techniques to map mouse neural circuits involved in behavioural reactions to fear, identifying a switch that toggles between two different fear responses. In the course of their work, they also discovered an alternative to the fight, flight, or freeze options: active risk assessment using behaviours like rearing, digging, and exploring.

Mice conditioned to associate a tone with an uncomfortable shock usually freeze in fear upon hearing the sound, even if it is not accompanied by discomfort. Neurons called type 1 cells, which are found in the amygdala, are known to mediate the freezing response. When type 1 cells are inhibited, mice no longer freeze in fear. But, it seems, type 1 neurons are more than just an on/off switch.

In a pioneering approach employing both pharmacology and genetics, EMBL scientists engineered mice to produce drug-specific receptors exclusively in their type 1 cells. When the mice were injected with the drug, it bound to those receptors in the cells, setting off molecular signalling pathways that disrupted the cells’ electrical charge. Thus, these neurons could no longer send electrical signals to surrounding brain regions. Mice whose type 1 cells had been blocked in this way were then subjected to the tone they had been conditioned to fear.

“When we inhibited these neurons, I was not surprised to see that the mice stopped freezing because that is what the amygdala was thought to do. But we were very surprised when they did a lot of other things instead, like rearing and other risk-assessment behaviours,” says Cornelius Gross, who led the research at EMBL., “Iit seemed that we were not blocking the fear, but just changing their responses from a passive to an active coping strategy. That is not at all what this part of the amygdala was thought to do.”

To better understand the neural circuitry involved in the switch from passive to active fear behaviours, the scientists visualised activity in different brain regions using functional magnetic resonance imaging (fMRI). In small animals like mice, fMRI measures local blood volume as an indicator of neural activity: the more blood there is in a particular area of the brain, the more active those neurons are. This study marks the first use of fMRI to map neural circuitry in mice, using a new technique developed by GlaxoSmithKline scientist Angelo Bifone and his team.

The brain scan yielded another unexpected result. Scientists previously thought that the amygdala managed fear behaviours by simply relaying information to the brainstem, which links the brain to the spinal chord. But Gross, Bifone and colleagues found that in mice with blocked type 1 cells, the outer layer of the brain – the cortex – was highly active, indicating that it too plays a role in determining how mice react to fear. Activity was also observed in a region of the brain called the cholinergic basal forebrain, which is known to influence cortex activity.

Like all brain scans, fMRI requires the subject to remain very still, so it can only be performed on mice which have been anaesthetized. As they couldn’t observe brain activity while the mice were awake and therefore capable of reacting to fear, the scientists took the reverse approach to confirm the role of the cortex in this process. They used the drug atropine to block cortex activation in mice whose type 1 cells were inhibited, and found that the animals no longer showed any risk assessment behaviours.

Thus, the scientists infer, the amygdala normally inhibits the cholinergic basal forebrain, while it signals the brainstem to mediate the passive fear response: freezing. When type 1 neurons are inhibited, however, the amygdala releases its hold on the cholinergic basal forebrain, leading to cortex activity and an active reaction to fear: risk assessment.

“This is a powerful demonstration of the ability of functional MRI to resolve brain circuits involved in complex tasks, like processing of emotions and control of behavioural responses,” says Bifone, now at the Italian Institute of Technology.

Taken together, the results of the array of techniques used to explore the freezing fear response in mice indicate that the amygdala plays a more complex role in fear processing than previously thought. Instead of merely passing on information about external threats, the amygdala makes decisions about how to respond.

It is important to note that the type of fear explored in this study – conditioned fear of a painful shock – is very specific. The results cannot necessarily be extrapolated to describe decision-making about behavioural responses to other types of fear.

“There are multiple, parallel fear circuits that handle different types of fear information. For example, one part of the brain is often used to process fear of a predator, such as a cat, while another part usually responds to an aggressive animal of the same species,” Gross says, “We thought there was a simplistic fear circuit that is either on or off, but that doesn’t seem to be true.”

Also, scientists are not yet sure whether wild mice ever employ an active coping strategy in response to threatening stimuli. Inhibition of type 1 cells was performed artificially in this study, and there may or may not be situations when the neurons would naturally be inhibited, leading the mouse to engage in investigative behaviours to learn more about a perceived threat.

If the active response is found naturally in mice, what kinds of external sensory cues are necessary to activate it? While previous studies have shown that animals located farther away from a perceived threat are more likely to freeze in fear rather than run or fight, scientists cannot yet say whether use of an active risk assessment response would be a function of distance. Gross emphasiszes that it’s important not to assume that a risk assessment response to fear would be used in place of freezing in a situation perceived as less threatening.

Nonetheless, the study has significant implications. The pharmaco-genetic and fMRI techniques used by the scientists will likely prove invaluable in many other studies of neural circuits in mice. Indeed, Gross and his team have already used a pharmaco-genetic approach to reveal cells that act as an input for another brain region, the hippocampus, relaying information that enables a mouse to gauge an appropriate level of anxiety in an uncomfortable circumstance.

Furthermore, we humans also show freezing and risk assessment responses to fear. We possess a region of the amygdala that is analogous to the one housing the active/passive switch in mice. Patients who have suffered lesions to this region are unable to develop conditioned fear responses, though they have normal reactions to fear in other situations. Thus, it is likely that the results of this study could apply directly to humans, Gross says.