Biomagnetic Separation: an attractive tool for your lab

Separating molecules, cells and DNA from solutions is a common process happening in biotech, pharma and clinical labs across the world. These labs also find a common set of problems too – Lluis M. Martinez offers a solution 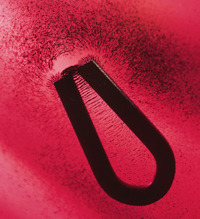 Separating molecules, cells and DNA from solutions is a common process happening in biotech, pharma and clinical labs across the world. These labs also find a common set of problems too – Lluis M. Martinez offers a solution The principle behind biomagnetic separation (BMS) is the action of a magnetic force on particles in a solution. Even a simple block magnet will exert some degree of force onto a nearby test-tube. The process of refining this set-up with improved orientation of the magnets and fluid to be separated has precipitated the high-quality biomagnetic separation products we use today.

Immuno and Molecular Diagnostics Namely generating IVD kits, which need to be produced to very specific criteria. As with any scientific test, reproducibility is key. With the latest generation of biomagnetic separators from SEPMAG, test variability is reduced, and a print out from the online monitoring system (QCR) provides assurance of a consistently high-quality output.

IVD kits are produced in vials of only a few millilitres (ml) at most, but the solutions for them can be produced in batches of up to 20 litres (L) using good magnetic separators. Scaling production up presents revalidation problems for other systems, but the Stepmag Series enables easy scaling up of production from 1.5ml to 250ml, and the Q Series allows large volume separations of up to 20L to be performed.

BMS also increases the ease with which pathogens (antigens, viruses or bacteria2) or DNA can be captured and separated from a sample. The process is also easy to automate and process monitoring ensures batches aren’t wasted, with early warning of any inappropriate parameters.

Protein purification Capturing specific proteins can be achieved using immobilised magnetic beads3. It is then possible to concentrate and purify the selected protein. Because the filtration, centrifugation and clarification stages of conventional separation are not needed when using magnets, more protein can be recovered from the original suspension. This gives labs a solid platform to then go on and process the proteins as needed. Separation of proteins can also be achieved even when starting from challenging solutions, such as highly viscous whole blood or food products.

Additional benefits of using BMS for protein purification come in the form of savings in time and money; minimal amounts of the bio-molecule in question and the magnetic beads are lost during production, and the time scales are taken down from hours to seconds.

Cell Capture Even from challenging viscous samples such as blood, bone marrow, tissue homogenates, stool, cultivation media, food, water and soil4, the SEPMAG LAB Series of separators can capture specific cell types. There are two possible methods: •  Using strong magnetic columns with cells that have adequate intrinsic magnetic moment (namely erythrocytes with high concentrations of paramagnetic haemoglobin and magnetotactic bacteria). • Using permanent magnet devices and labels for all other cell types. These magnetic components are able to interact with the cell surface via high-affinity ligands.

The capture of specific cells then opens the doors for further investigation or diagnosis5; for example, cultivation of cells or analysis of intercellular components – since the magnetic label can be removed.

Nucleic Acids Capture BMS can be used to collect all the nucleic acids (DNA or RNA) in a suspension, using silica magnetic beads. This precedes the separation of specific nucleic acid sequences using magnetic beads attached to the correct complimentary DNA strands. The BMS technique provides an effective alternative to the time-consuming PCR step, thus opening the doors to further genetic research. Some examples described below illustrate the potential use of captured nucleic acids.

The hardware developed by SEPMAG opens the door to the potential application of this technology in a host of laboratory and clinical settings, notably in vivo situations. Once a good-quality sample of magnetically labelled particles can be obtained, additional magnetic systems can be used to manipulate and direct these molecules to a number of means.

Building on the nucleic acid capture mentioned above, the possibility of transferring nucleic acids (as foreign genetic material) into cells is being researched6. Magnetic forces act on nucleic acids attached to magnetic nanoparticles from below the dish in which the target cells are growing. This increases sedimentation rates, particle internalisation and gene expression (by up to three orders of magnitude). This has potential applications in bacteriology, pharmaceutical R&D and genetic studies. On a similar note, viral-mediated gene-delivery could benefit from magnets. The conditions needed for viral-mediated gene delivery may be optimised by combining the viral vectors with magnetic nanoparticles. The efficiency of this process would allow the viral dose and exposure to be reduced, minimising the chance of any side effects.

Magnetic separation technology could have a significant role in the delivery of biological compounds, including pharmaceutical molecules. This idea was first floated in the 1970’s, but it took until 1996 for the first clinical trial to begin7. Functionalising the magnetic nanoparticle with a drug can help deliver the drug to the target, using magnetic forces of attraction. This could be applied to the sophisticated drug-eluting stents, used in patients with vessel occlusion8. Anti-proliferative drugs are released from the stent into the surrounding vessels walls. The current problem is that only a single dose of the anti-proliferative drug is possible. Magnetically labelling it by attaching it to a nanoparticle could help deliver subsequent doses. The biodegradable nature of the nanoparticle means the body can dispose of it, without any detrimental effects.

In other pharmaceutical settings, magnetic targeting could override the need for such specific ligands as drug targets. The problems of ligand-based drug delivery are twofold. Firstly, receptors may not be 100% specific to the organ or tissue in question, causing additional side effects and secondly, identifying these receptors can create impassable obstacles in drug development.

Magnetically-mediated Hyperthermia (MMH) is a possible physical therapy for cancer, based on the poor heat-resistant qualities of tumour cells in comparison to normal cells9. Current hyperthermia-inducing methods are limited by poor localisation. With MMH, magnetic forces can accumulate magnetic particles in a localised region of tissue. The accumulated particles are then subjected to an alternating magnetic field and heat up, killing the surrounding tumour cells. The specificity of thermal effects on tumour cells is associated with reduced side effects, which means MMH could be used alongside conventional cancer therapies.

A study using rat hepatocytes and human aortic endothelial cells (HAEC) showed that magnetically labelled HAEC would specifically accumulate onto hepatocyte monolayers at sites where magnets were positioned – the resulting layered construct had tight contacts between cells. The significant outcome of this research was the finding that albumin secretion from the rat hepatocytes increased significantly. Since albumin and other proteins are used therapeutically in humans, this could lead to positive changes in the sourcing of these exogenous therapeutic proteins. Other studies have already used it for a range of tissues from umbilical veins to retinal pigment epithelial cells and cardiomyocytes to mesenchymal stem cells. These functional substitutes could one day be used to replace lost or damaged tissues.

BMS can create a lot of headaches, but when appropriately parameterised and monitored, it can prove an invaluable tool for a large number of labs doing a range of different things. Recent improvements, incorporated into the SEPMAG products, have been put to use in in vivo research. It is an exciting time for biomagnetic separation and the large number of specialities, companies and patients that may benefit from it, from small production companies to large pharma and academic research institutions.

2. Deponte, S., Steingroewer, J., Löser, C., Boschke, E., and Bley, T. 2004. Biomagnetic separation of Escherichia coli by use of anion-exchange beads: measurement and modelling of the kinetics of cell-bead interactions. Analytical and Bioanalytical Chemistry, Vol. 379 (No. 3) 419-426

3. Safarik, I., and Safarikova, M. 2004. Magnetic techniques for the isolation and purification of proteins and peptides BioMagnetic Research and Technology, 2(7)