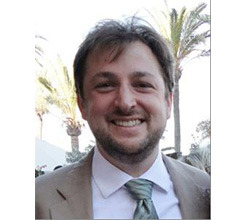 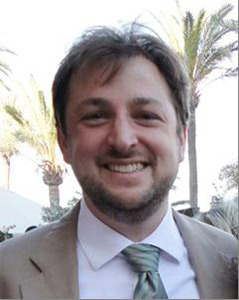 For the first time, scientists at CERN have measured the charge of an anti-atom to high precision. Dr William Bertsche, part of the ALPHA collaboration, tells us more.

What is an anti-atom and why is it important?

The motivation for studying the anti-atom is that it allows one to make a precise investigation into the question of what the vast majority of the Universe is composed of. According to our theories and other experiments, we would expect the Universe to be a mix of matter and antimatter. This clearly turned out to not be the case in the Universe, and consequently a lot of research activity is focused on understanding the discrepancy between our theories and the apparent lack of antimatter in the Universe. To understand how we can study this issue with anti-atoms, let us consider what an atom is. For instance, hydrogen is a neutral atom that consists of a proton and an electron orbit. An anti-atom is equivalent to an atom, except that its constituents are antimatter. All matter particles have antimatter twins with the same mass and opposite charge. This work investigates the antihydrogen atom that consists of an antiproton and a positron (antielectron) bound to each other.

What can anti-atoms add to what we already know about physics and the Universe?

We are trying to measure properties of anti-atoms in order to find the holes in our present understanding of the Universe. The lack of anti-atoms (or antimatter in general) in the Universe is in stark contrast to the expectations of what we supposedly know through theories such as the Standard Model. Our present theories of the Universe predict that properties of antimatter should be equal to equivalent properties in matter. By carefully measuring these properties in anti-atoms and comparing them with their equivalent in normal matter atoms, we seek to understand where our theories break down in order to create better theories about the Universe. Hopefully, any differences found will be specific enough to help guide new theories and new understanding of the world around us.

How were you able to measure the charge of the anti-atom?

Both atoms and anti-atoms are postulated to have zero net electric charge. This means that these entities should not be affected by the electric force and would not be deflected by electric fields. Electric fields can be created by, for example, connecting either side of a battery to two metal plates that are facing each other. An electric field forms between these two plates that can deflect normal charged particles and pass between these plates. If you know where the particles are, how strong the field is, and measure how far the charged particle is moved by the field, you can calculate its charge. This experiment with anti-atoms is similar.

In the ALPHA experiment, we produce and trap neutral antihydrogen atoms by combining antiprotons and positrons inside a special magnetic field. If the anti-atoms are cold enough, they will remain confined, or “trapped” in our magnetic fields. When the anti-atoms leave the trap, they will encounter matter particles in the walls of the experiment and annihilate and convert to energy. We use a special 3D camera, or detector, to determine where and when this event happens. When we have antihydrogen in our trap, we apply the electric field and measure where the anti-atoms come out of the trap when we open it up. If the anti-atom has no charge, one would measure no difference between where particles exit the trap with or

without the field in place. To the sensitivity of our ability to measure our anti-atoms, this has been the case; the anti-atom appears to have no net electric charge, as expected.

What is next for this line of research?

As we are challenging many fundamental assumptions about antimatter, we need to explore all possible ways in which matter and antimatter might differ. One exciting line of research with antimatter is to measure the effect of gravity on antimatter. However, the sorts of measurements that measure gravity would be influenced in an unknown way if the antihydrogen atom were to have a new electric charge. Therefore, it is important to directly verify the assumption that an anti-atom is charge neutral in order to be able to properly interpret measurements of antimatter gravitation. In general, the electric force is much stronger than the gravitational force, and consequently a tiny deviation in charge neutrality would have an extreme influence on any measurement of gravity. At present, our measurement of antihydrogen charge is not precise enough to remove it from consideration for antimatter gravitation effects. We are planning new experiments to improve the charge measurement by at least a factor of 100.

Could you tell us a little bit more about ALPHA – what else can it be used for?

The fundamental goal of the ALPHA experiment is to make precision comparisons between neutral antihydrogen atoms and atoms. In addition to the recently reports charge measurements, we are actively working on spectroscopic measurements. These types of measurements ask the question “What colour is antihydrogen?” According to our understanding of the Universe, antihydrogen should have exactly the same atomic energy levels as hydrogen, which is to say that they should be the same colour. This statement can be measured and quantified to high precision. We have also started to investigate the effects of gravity on antimatter. In the current apparatus, we can open our trap up and ask the question “What direction does the antimatter fall out of the trap: up or down?” We are looking to refine this question and ask how fast antimatter will fall. These are very basic questions about the Universe which have only recently been answerable through the advent of neutral antimatter trapping and detection techniques.