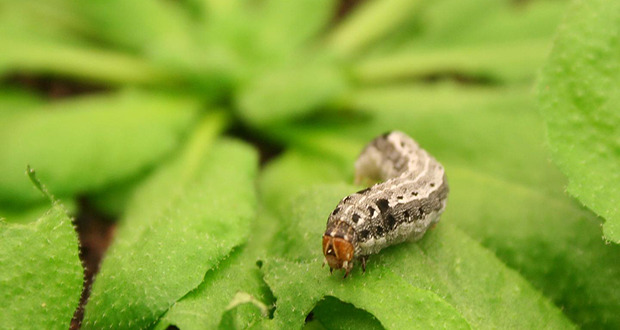 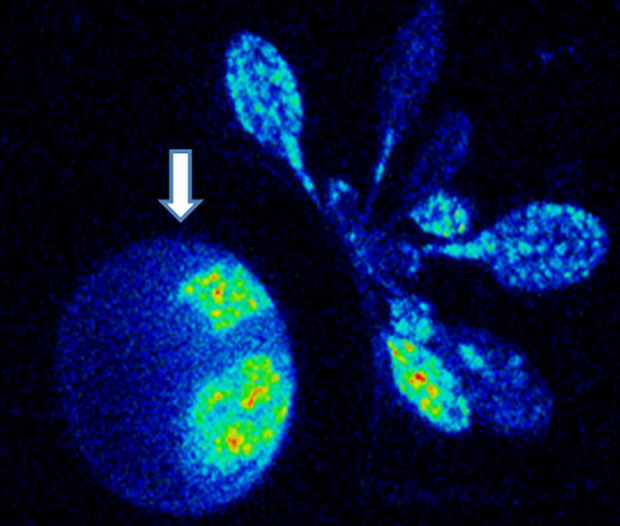 Scientists have discovered that plants release light energy in response to insect feeding.

A research team at the Max Planck Institute for Chemical Ecology in Germany used a camera system to visualise calcium signals in a thale cress plant – Arabidopsis thaliana – that produced energy in the form of light after being wounded by a caterpillar.

“It is very impressive to see how every bite of a caterpillar makes certain leaf areas shine. The immediate reaction of the plants is clearly visible,” said research partner, PhD student Victoria Kiep at Martin Luther University.

In the study, published in the journal New Phytologist, the team used genetically modified Arabidopsis plants and a photon-counting camera system to observe how thale cress produced a special protein after being attacked by a caterpillar. As a result of the attack, binding of calcium ions occurred, the protein broke down and the plant emitted light. The team noticed that the amount of light corresponds to the calcium concentrations in the cells of the respective leaf areas. 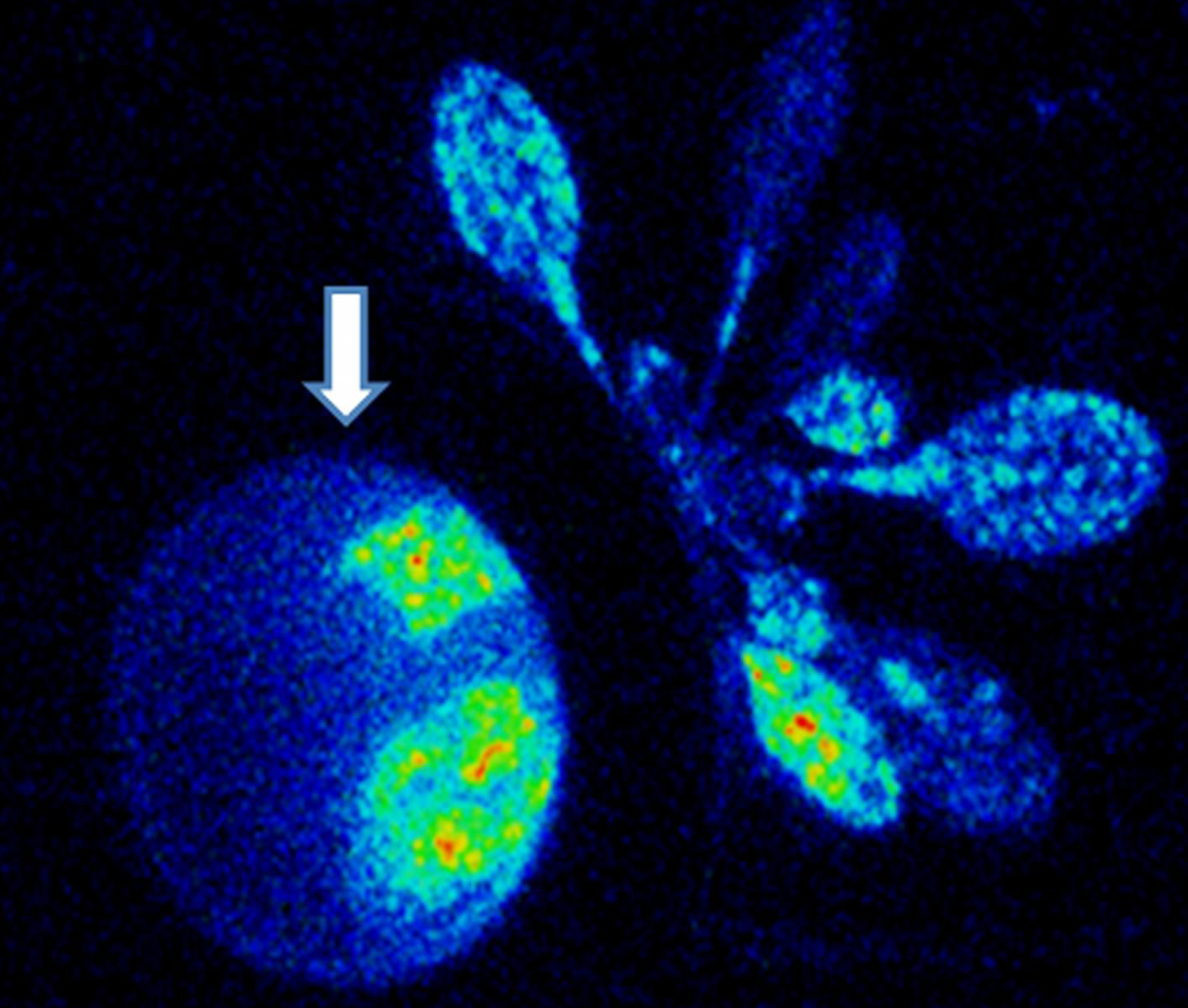 The amounts of light accumulated over a period of 30 minutes after a caterpillar attacks a plant, highlighting the change in calcium concentrations.[/caption]

The camera system allowed the team to track the calcium flow in plants and revealed that signals occur systematically in neighbouring leaves within a period of 1-2 minutes and they believe that calcium signalling could play an important role in plant defence.

“We succeeded in visualising the dynamic signal processing of intracellular calcium as a secondary messenger which is elicited by insect feeding and transmitted systemically to unattacked areas of the plant,” said research leader Dr Axel Mithöfer.

Next, the team is planning to find out what kind of wounding triggers systematic calcium signal. They will investigate how signal transduction is achieved in different grasses and how calcium signals are transmitted.