Time to put a bug in the system? 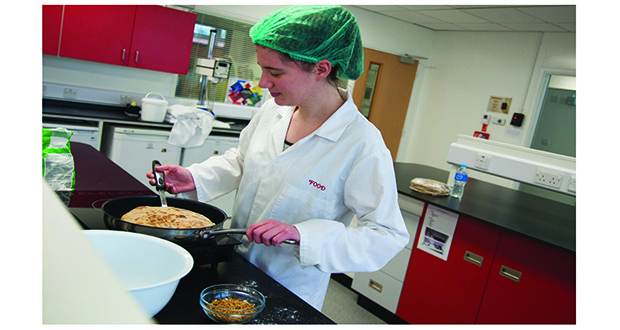 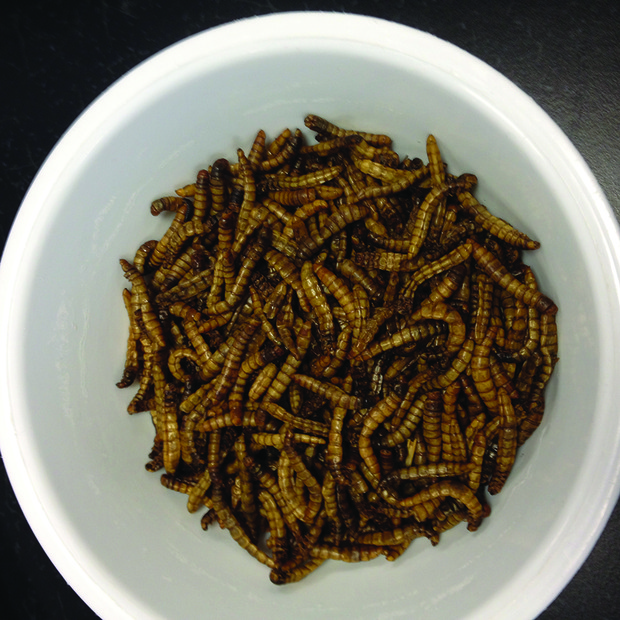 Population growth is set to place an incredible demand on food production – could it be met with the use of insects as an alternative food source? Here Gemma Lamb talks entomophagy...

By 2050, the Earth's population is estimated to increase to 9 billion meaning that food production will need to double in order to accommodate individuals' needs¹. With 70% of the world's agricultural land already occupied with livestock and crop production² a turn to entomophagy – the use of insects as a sustainable and alternative food source – has begun to be discussed.

Within this study the use of mealworms to enrich bread was explored in order to increase consumer acceptance of entomophagy, as well as creating a rich and sustainable protein source product. Bread was used as the main focus as it is a worldwide staple food consumed by the majority of the population and provides an ideal matrix for additional ingredients such as mealworms.

Mealworms (Tenebrio molitor) are a species of the darkling beetle in its larval phase. Mealworms are shaped like an elongated cylinder with six legs behind the head, changing from a white to yellow/ brown colour as they mature³.

Using insects such as mealworms as a food source is promoted for two main reasons, their environmental sustainability and their nutritional benefits. These factors were the driving force behind the study. Mealworms do not produce the harmful greenhouse gas methane, which is produced globally as a result of animal waste on a mass scale with 25 million tonnes produced per year4. Secondly, mealworms have a high reproduction rate and can produce far more offspring in a lifetime than cattle, chickens or pigs as well as having a shorter maturation period, maximising the protein available in shorter periods of time. Thirdly, the rate at which mealworms can convert feed into tissue is similar to that of chickens but is far more efficient in comparison to pigs and cattle, meaning that mealworms require significantly less feed per kilogram of weight.

In terms of their nutritional value, mealworms are a source of high-quality protein, fats, carbohydrates and certain vitamins and minerals such as B vitamins, iron and zinc. 100g of mealworms contain 45.1g of protein, 6.5g fibre and 37.5g fat including saturated and unsaturated fats5. 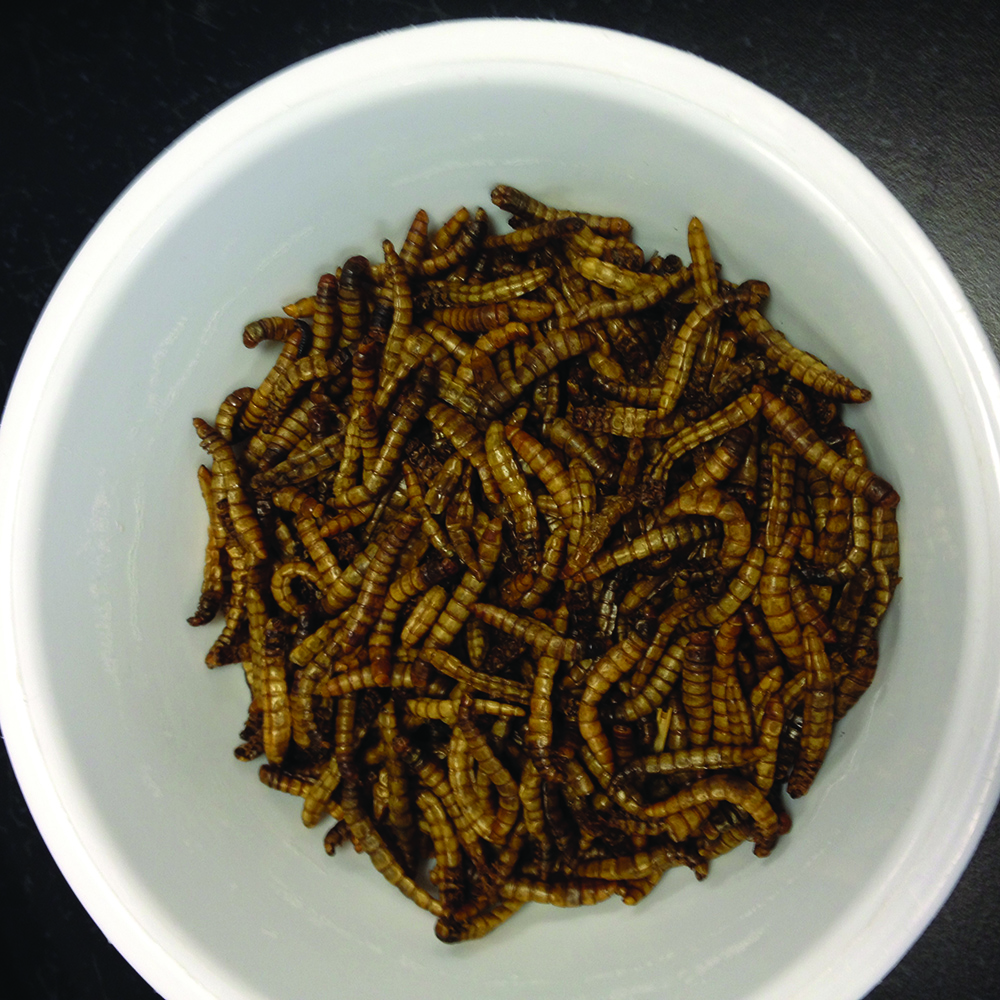 Within the current project a number of methods were used in order to analyse the acceptance of consuming insects through an online questionnaire. Consumer acceptance of a mealworm enriched flatbread was investigated through the use of sensory analysis, texture analysis and colourimetry. These methods were conducted on the enriched bread alongside a control without the addition of mealworms.

Sensory analysis was carried out among 56 participants using an acceptance and a 2-Alternative Forced Choice (2-AFC) test. The acceptance test showed that some of the individual sensory attributes of the control sample were preferred such as the taste and smell but overall the mealworm sample was more widely accepted. The 2-AFC results, on the other hand, showed that the controlled sample was preferred; however this later showed through statistical analysis not to be significant (p>0.05).

Colourimetry analysis proved the L* (lightness) and a* (redness) values to be significant (p<0.05); showing the enriched sample to be darker in colour. There was no significant difference between the b* (yellowness) values (p>0.05). Furthermore the texture analysis results showed the enriched sample to be significantly harder (p<0.05), whereas no difference was observed between the elasticity of the samples (p<0.05).

Overall, results showed that there was no significant difference between the samples. The control bread was not significantly preferred in terms of sensory properties over the bread enriched with mealworm. Therefore enriching bread with mealworms is a potential way to increase consumer exposure and acceptance of entomophagy as an alternative source of protein.

Gemma Lamb is in the process of obtaining her BSc from Huddersfield University in Food Nutrition and Health. Her dissertation on product development won a Young Scientist Of The Year – North Award with the Institute of Food Science and Technology.