Hunting whistlers in the bush 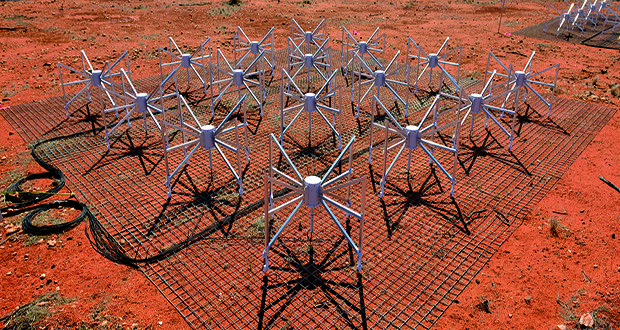 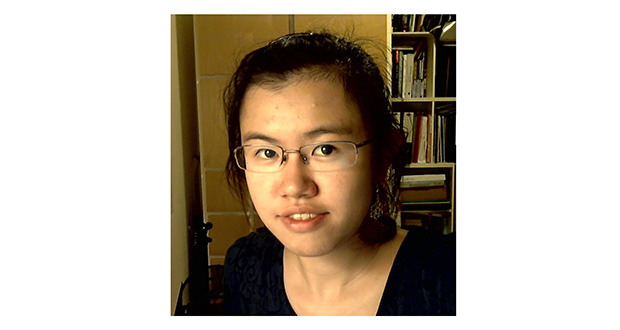 Deep in the Australian Outback, testbed studies for the Square Kilometer Array have made it possible to survey plasma structures, one of the four fundamental states of matter, in the magnetosphere. Cleo Loi tells us more

A new era of astronomy and space science has ushered in a radically new design of radio telescope in the lead-up to the construction of the Square Kilometre Array (SKA), a multi-billion dollar international effort to build the world's largest telescope. Around the world, astronomers and engineers have busied themselves erecting pathfinder instruments to serve as testbeds for these novel design principles. The goal of building the SKA pathfinders is to explore newfound scientific capabilities and to pre-empt any technical challenges that come with the new design concepts, well before everyone gets cracking on the real thing.

One such pathfinder is the Murchison Widefield Array (MWA), a radio interferometer in the Australian outback so-named for its especially wide field of view. This is about 30 degrees across, or about three clenched fists placed side-by-side at arm's length. Compared to the old generation of radio telescopes, which have had fields of view barely spanning the width of a pinky, this is enormous. This panoramic view of the sky is the MWA's unique asset. It also has a large number of receivers, 128 altogether. A radio telescope with many receivers can produce high-fidelity snapshot images. However, this requires such immense computing power that a telescope of this description hasn't been feasible to operate until recent years. Indeed, the MWA only came online in mid-2013, barely two years ago.

While such capabilities promise to revolutionise our understanding of the cosmos, they also open an incredible new window on the goings-on of planet Earth. Radio waves arriving from outer space must first pass through the plasma (ionised gas) that surrounds the Earth, the inner layer of which is called the ionosphere. This plasma naturally forms when otherwise neutral molecules in the atmosphere get ionised by sunlight, and is perpetually present around the Earth. The electrons freed by this process alter the refractive index of the atmosphere for radio waves, in the same manner that impurities in glass alter its refractive index for visible light. The distribution pattern of free electrons in the atmosphere thereby imprints itself on the image of the background celestial sky, just as scratches or warps in a glass window pane distort an image of the outside world. Measuring the distortion pattern lets us "see" the warps in the glass, or in this case, spatial variations in electron content of the ionosphere. What we have is a plasma camera that sees by starlight. 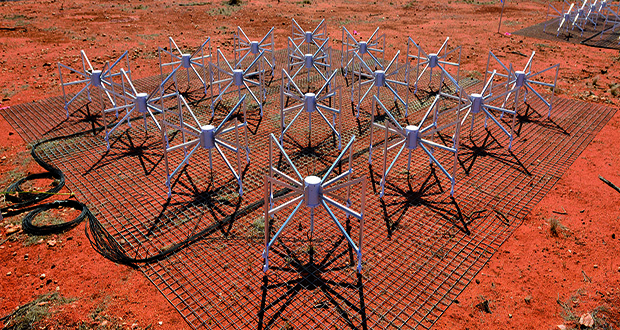 The large field of view of the MWA, combined with its superb imaging ability and exquisite sensitivity to refractive distortions, give it the power to survey plasma structures with unparalleled detail over huge swaths of sky. These remarkable capabilities have recently led to the discovery of tubular structures appearing in the sky above the MWA, believed to be the first detailed visualisation of "whistler ducts", a feature that guides the propagation of electromagnetic waves called "whistlers" just as optic fibres guide light. The ducts were suspended, nearly stationary, in the Earth's sky and their diameters were measured to be between 10-50 km. This may seem large by human standards, but to the Earth which is over 10,000 km in diameter, they are more like thin, fragile threads.

Using a parallax trick, the distance to the portion of the tubes within the MWA's field of view was triangulated to be about 600 km off the ground. The neutral atmosphere itself ends at about 500 km, and all weather on the Earth happens much lower down, at about 10 km altitude. Although the MWA cannot see around the other side of the Earth, the electrical conductivity along the magnetic field is so nearly infinite above those heights that the electrons can shoot easily along them, forming enormous looping structures around the Earth that tightly hug the magnetic field lines. Like a buoy floating freely in the sea, the drift of the tubes lets us infer the motion of the background fluid. This gives us information about the ambient electric field under which plasmas naturally drift, providing a new way to study the dynamics of the inner magnetosphere.

Going back to the question of whether a radio telescope with this new design concept will be successful, the answer is: hell yes. Within the vast repository of MWA data that has been acquired over the past two years lies a gold mine of information, not only of distant stars and galaxies but also of our own planet, just waiting to be explored. What's more, this work has given us a flavour of what the future SKA will be capable of. Plasma tubes are just the tip of the iceberg, a taster of bigger things to come when the real deal finally arrives in town.

Cleo Loi has recently obtained her BSc from the University of Sydney. She will be starting a PhD in Astrophysics at the Department of Applied Maths and Theoretical Physics at Cambridge University in October this year.