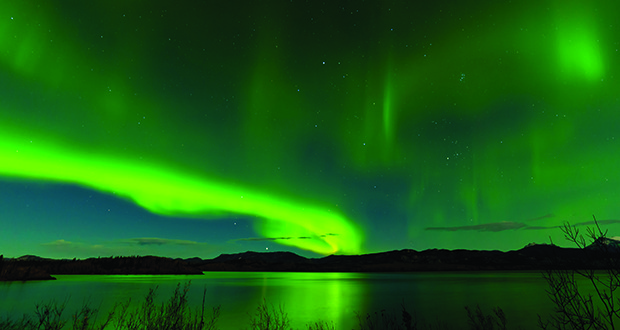 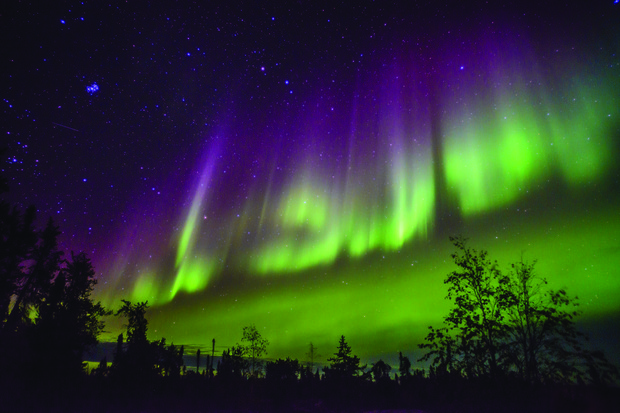 On 24 October 2011, a strong geomagnetic storm hit Earth and sparked a beautiful red aurora in the night sky. People across the eastern United States from Chicago to Alabama excitedly posted about the rare aurora in real-time on Twitter. For many, this storm was their first auroral sighting. For space weather scientist Liz MacDonald, it was the impetus for an idea – to create a crowdsourced project that tracks the aurora in real-time.

MacDonald, located at NASA’s Goddard Space Flight Center in Greenbelt, Maryland, wasn’t necessarily expecting the strength or timing of this October storm. Forecasts predicted this storm would arrive later, be much weaker, and definitely did not anticipate the red auroral emission. The inaccuracy of this forecast is fairly typical in space physics because scientists do not have enough space weather observations and models to accurately forecast between the Sun and Earth. Enhancing forecasts is important because while space weather can lead to beautiful auroras, it can also disrupt satellite systems and cause power outages. Improving space weather forecasts has become a national priority in the UK.¹

After witnessing the response of the October storm on Twitter – an early example of large-scale documentation of a geomagnetic storm – MacDonald gathered a team of expert space weather scientists, information scientists, and education experts and created Aurorasaurus to help address this problem. An overview article about Aurorasaurus has recently been accepted into American Geophysical Union’s Space Weather journal.²

Aurorasaurus for the public Aurorasaurus is a citizen science project that tracks aurora in real-time via the project’s free mobile apps and website, aurorasaurus.org, and Twitter. The project is supported by the US National Science Foundation and designed by researchers from the New Mexico Consortium, NASA, Pennsylvania State University, and Science Education Solutions. People can use the project’s mobile apps or website to post the location, picture, time, and description of an aurora. The project also sifts through Twitter to gather tweets containing keywords such as “aurora”.

All of the aurora reports are pinned on the Aurorasaurus map, located on the website or app, where users confirm or deny the sightings. Users receive points when they report or verify an observation and are placed on a leaderboard. When enough reports in an area are confirmed, nearby registered users receive alerts informing them of the proximate visible aurora.

Since its launch in October 2014, the project has demonstrated success for several large geomagnetic storms. On Tuesday, March 17 2015, a supersized geomagnetic storm – affectionately known as the St. Patrick’s Day storm – covered the sky with red, purple, and green auroras. The storm arrived slightly earlier than expected by forecasts.

Aurorasaurus reports came from regions that rarely see the aurora such as the south of England, Germany, Poland and from the northern to mid United States, including Pennsylvania, Virginia and Colorado. In total, Aurorasaurus gathered over 35,000 aurora-related tweets and reports. Users reported over 160 auroral sightings and verified over 250 tweets.

For the summer solstice storm over June 22-24, 2015, Aurorasaurus received 84 observations directly from the project website and apps. Users verified over 144 tweets and 4,247 votes on whether a tweet is a sighting or not. Over 150 people registered as new users.

According to a study conducted by Aurorasaurus team member Nathan Case at NASA Goddard, the number of aurora-related tweets increases as auroral activity increases and was visible to more people over a wider area. The “peaks” in the number of aurora-related tweets often coincided with particularly strong auroral displays and demonstrated that Twitter can be a tool for mapping the aurora.³

The project also features a large education component that people can visit during the aurora offseason. The Aurorasaurus team, along with a handful of volunteer scientists from around world, write informative blog posts about auroras on other planets or events in Earth’s magnetosphere that lead to aurora. In conjunction with science education solutions, the team produces infographics and quizzes to help anyone learn and test their knowledge of how and when aurora occur. Aurorasaurus also hosts several public engagement events during large storms where anyone can ask our space weather scientists questions on the recent activity via Reddit, Facebook, Twitter, and Google hangouts. 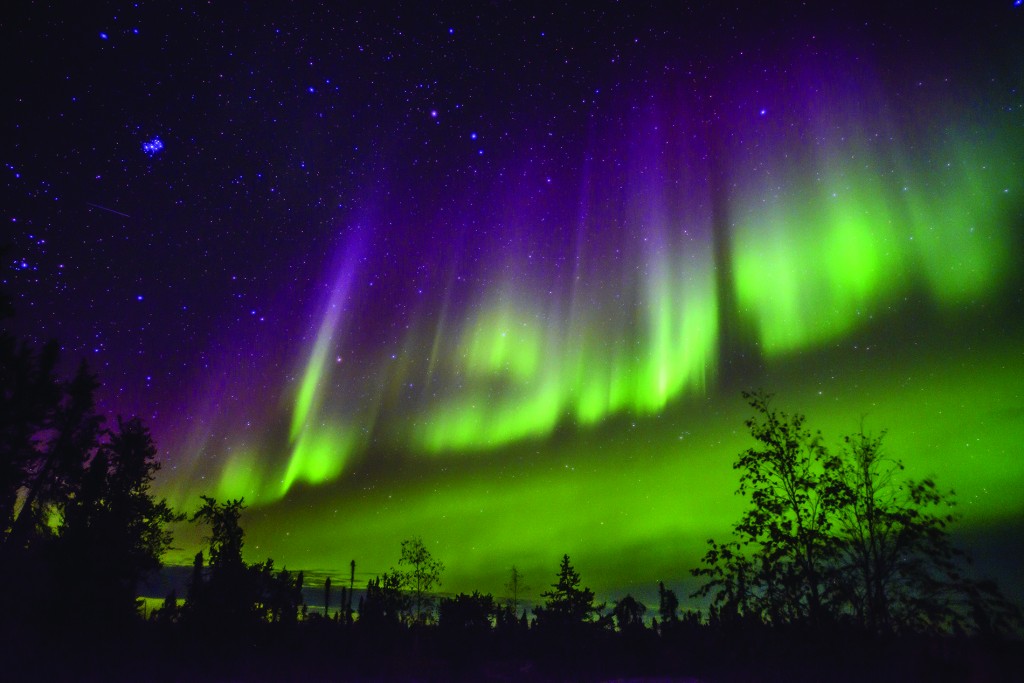 Predicting exactly when and where an aurora will be visible from is difficult. An aurora is created when the Earth’s geomagnetic shield – the magnetosphere – is disturbed by a strong solar wind, or the constant flow of charged particles coming from the Sun. This disturbance, often the result of events called Coronal Mass Ejections, accelerates charged particles in the magnetosphere into the Earth’s atmosphere – creating the light we call an aurora. In the context of our solar system, though, Earth is a relatively small target for a Coronal Mass Ejection to hit. Conditions in the solar wind also need to be just right to drive really strong aurora which adds to the rarity and beauty of a strong auroral sighting on our planet.

Auroral models forecast the intensity of the auroral oval – the region on Earth where the aurora is expected to be seen directly overhead – using solar wind data from satellites. Auroral oval models have not been as well tested during extreme auroral events, like the St. Patrick’s Day storm, simply because these large events are rare.

Previous examples show social media is a feasible method for disseminating information during emergencies. In 2011, an earthquake in Virginia damaged large portions of the US East Coast, including the Washington Monument and the National Cathedral. Word about the earthquake – the first in Virginia that was over 5.0 on the Richter scale in over 100 years – spread quickly on Twitter. In fact, Twitter activity included around 4,000 earthquake-related tweets per minute after the Virginia earthquake.5 This was the first substantial earthquake that occurred on the East Coast after the proliferation of smart phones and social media.

Aurorasaurus finds itself in a similar situation as it experiences the first solar maximum during the social media boom. The solar maximum is a period of increased solar activity, and thus increased chance of strong auroras, that occurs every 11 years. While we are at the tail end of the solar maximum, we continue to see many reports about beautiful auroral displays.

Aurorasaurus relies on a high number of actively participating registered users. Only 5% of users are from the United Kingdom, even though both large storms were visible in many parts of the UK. In only a few minutes, citizen scientists can make aurora reports, verify observations, and check the aurora forecast on the Aurorasaurus mobile apps or website.

Kasha Patel is a member of the Aurorasaurus team. She is also an Earth Science writer at NASA’s Goddard Space Flight Center in Greenbelt, Maryland.