The Golden Age of Green Chemistry

As more and more laboratories and companies embrace the principles of green chemistry, chemists and engineers can make an enormous difference to humanity's quality of life.

As more and more laboratories and companies embrace the principles of green chemistry, chemists and engineers can make an enormous difference to humanity's quality of life.

It becomes clearer every day that human civilisation has an enormous impact on the global environment and this impact is rarely a positive one. Significant changes are needed in order to slow down climate change, prevent pollution and sustain dwindling natural resources. This need is particularly clear in the chemical industry, which is why more and more companies are embracing the principles of green chemistry.

Green chemistry is a specialised discipline that advocates for more intelligent and sensitive production processes in industries that make extensive use of chemicals. The goals of green chemistry are to maximise the safety of chemical end products, minimise the production of hazardous waste and to reduce the amount of non-renewable resources required for chemical production. Also commonly called sustainable chemistry, this is a scientific field that has been slowly growing for twenty years.

As climate change and environmental damage become more widespread and the importance of sustainability have become widely understood, green chemistry is finally getting the attention it needs to effect real change in the way chemicals are created, used, and disposed of. If the environmental hazards posed by modern industrial chemical use were to be summarised, the key problem which appears over and over is a failure to account for scalability and long-term effects. Chemical processes which produced effective results in the laboratory were rushed into industrial applications with little consideration as to the impact they would have when scaled up thousands or millions of times. 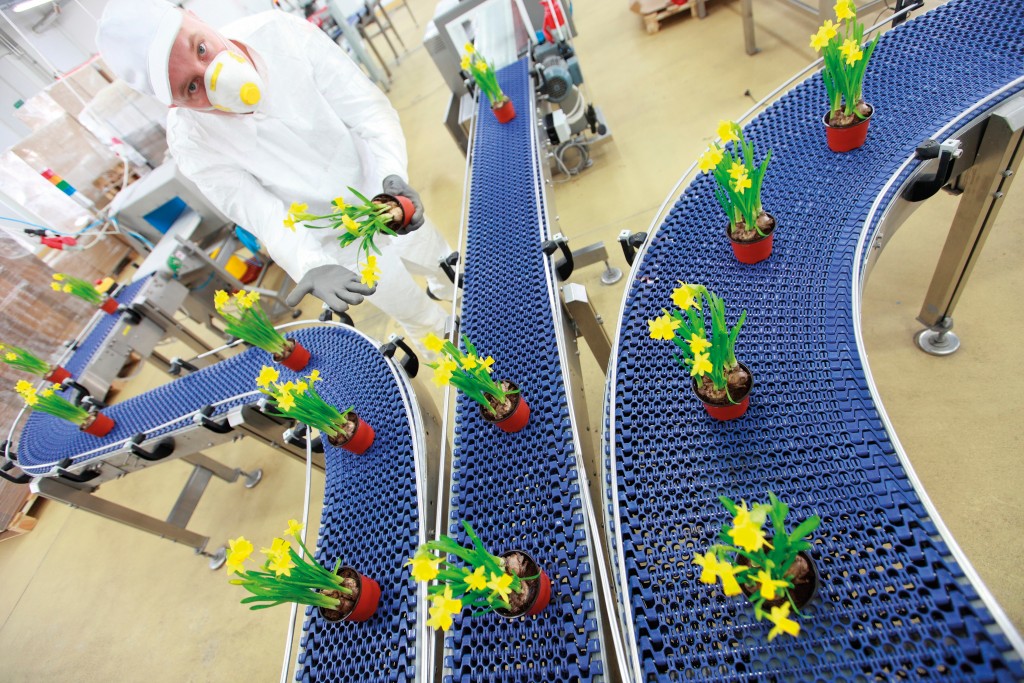 Green chemistry is becoming more widespread as companies look at ways to minimise harm to the environment.[/caption]

The history of 20th-century chemistry is rife with cautionary tales in virtually every industry from agriculture (e.g. DDT) to oil (e.g. leaded gasoline) to pharmaceuticals (e.g. Thalidomide). While the greatest failures of chemical engineering caused public outcry, the earliest responses were largely regulatory in nature, i.e. monitoring and restricting the production of hazardous chemicals. Green chemistry seeks to provide a superior solution by pioneering and promoting safer alternatives rather than policing and punishing companies that introduce hazardous materials into the environment or the marketplace. While the first stirrings of green chemistry occurred throughout the 1990s, the discipline really took off with the 12 Principles of Green Chemistry. These were formulated and published by Paul Anastas and John Warner in Green Chemistry: Theory and Practice in 1998.

Aimed primarily at professional chemists and chemical engineers, the 12 principles cover both general concepts like preferring reusable raw materials to nonrenewable ones (Principle 7) and very specific chemical practices, like using selective catalytic reagents rather than stoichiometric ones (Principle 9). Taken as a whole, the most notable thing about the 12 Principles is that they address the problem of hazardous chemicals and environmental damage at both the smallest and the largest scales. They introduced the concept of "Atom Economy" in order to minimise the production of waste at the level of the individual chemical reaction (Principle 2). At the same time, the Principles advocated holistic start-to-finish analysis of industrial chemical operations to search for ways to stop pollution (Principle 11). Green chemistry's main goals are to make chemicals safer to create, use and dispose of. Hazardous waste should never be created if safer processes are available. Finite resources should be eschewed in favour of renewable ones. Chemical processes at every scale should be scrutinised for their safety and environmental impact.

Green chemistry is a specialised discipline that advocates for more intelligent and sensitive production processes in industries that make extensive use of chemicals.

One of the key factors driving green chemistry into the spotlight today is that environmental concerns are now being buttressed by economic pressure. A survey of CEOs in the chemical industry conducted by PricewaterhouseCoopers in 2014 showed that more than threthree-quartersthem were concerned by the rising costs of both raw materials and energy¹. This means that green chemists now have a golden opportunity to make the case for sustainable chemistry as an alternative that is both economically and environmentally desirable. As noted above, the first major reactions to industrial chemical failures have tended to be regulatory, punitive and crisis-based in the past.

While strong regulation and government oversight can help to mitigate the impact of a harmful chemical or production process after it has already been introduced, green chemistry aims to act in preventative ways in order to lessen the damage caused by industrial chemical processes in the future. This is where the otherwise closely-related fields of green chemistry and environmental chemistry diverge. While environmental chemistry studies the impact that chemicals have on the natural environment, green chemistry examines the way harmful chemicals escape into the environment in the first place and looks for alternative production strategies that will prevent this kind of damage in the future. 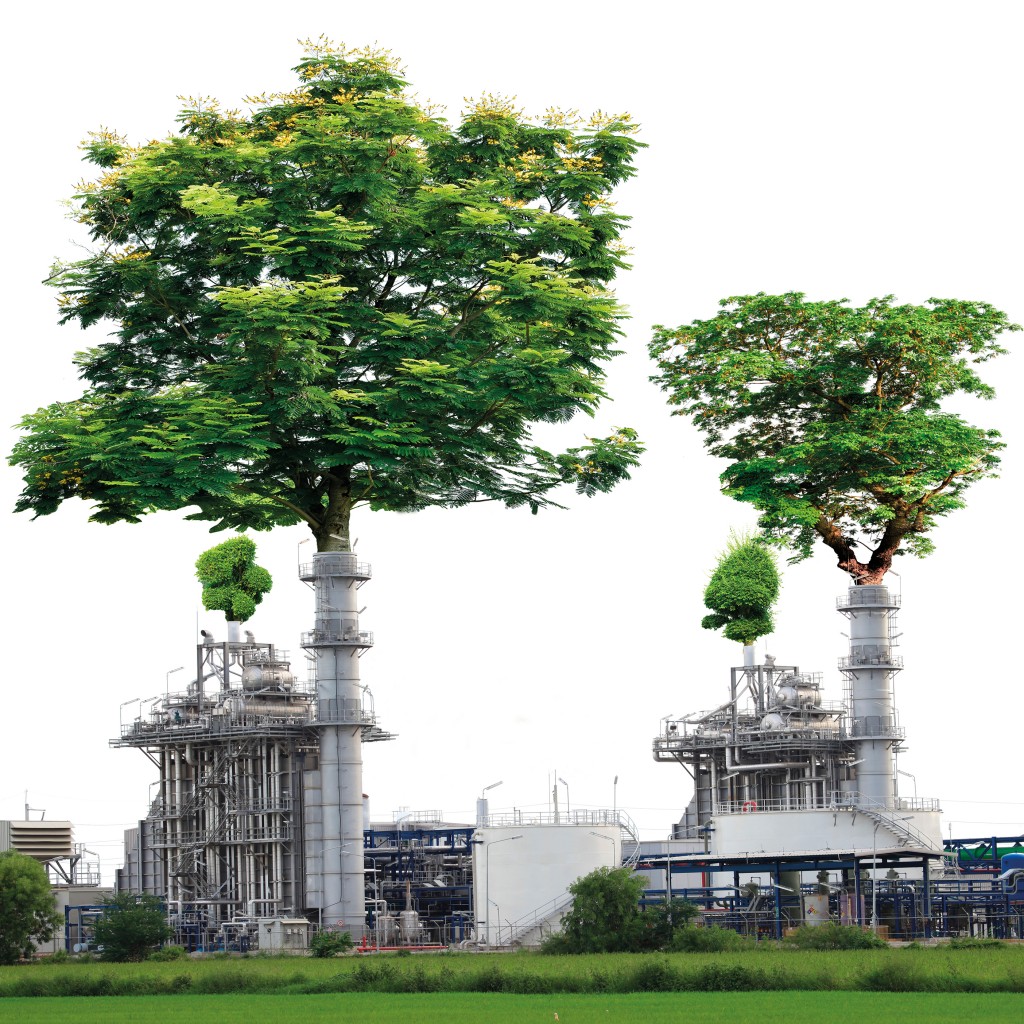 The petrochemical and pharmaceutical company differed greatly in how efficient they could be.[/caption]

Green chemists have always been realistic about the forces that drive most of the choices made in the chemical industry: Economic concerns virtually always trump environmental ones. While public opinion is slowly shifting on this point, green chemistry seeks to minimise the friction between the two sides by demonstrating that safe and sustainable chemical production can also be economically attractive. Sometimes green chemistry draws inspiration from unlikely sources. For example, Roger Sheldon developed the E-factor as a way of measuring the total waste produced by chemical processes as compared to their material production.

Sheldon's E-factor was particularly revolutionary in tying economic and environmental concerns together, as it showed that the petrochemical industry had an excellent track record of minimising chemical waste by production volume. This efficiency was rooted in a desire to make the most of thin profit margins rather than any obligation to minimise environmental damage. In contrast, the pharmaceutical industry was singled out as exceptionally wasteful. Because their products deliver a high profit margin, pharmaceutical manufacturers think nothing of generating dozens or even hundreds of times as much waste as product. Sheldon noted in a 2007 article in Green Chemistry that in the fifteen years since he created the E-factor, the pharmaceutical industry has made great strides towards improving its sustainability and reducing its waste².

Because it is closely concerned with industrial-scale chemical processes, green chemistry has to work hand-in-hand with the science of chemical engineering. Where green chemists look at individual chemical reactions to find ways of making their work safer and more environmentally friendly, engineers need to start by analysing the individual steps in the production process to minimise waste and reduce risk. These small-scale changes need to be reflected all the way up to the very largest level of holistic planning in both disciplines. Collaboration between chemists who specialise in green principles and their engineering counterparts has been fruitful. A major meeting between academic experts and leading industrial chemists and engineers in 2003 gave industrial engineering its own set of guidelines to pursue sustainable chemical engineering. Commonly known as the Sandestin Declaration³, the 9 Principles of Green Engineering play a role similar to that of the 12 Principles.

Green chemists have always been realistic about the forces that drive most of the choices made in the chemical industry: Economic concerns virtually always trump environmental ones.

Governments in North America and Europe (the world's dominant chemical production markets) remain primarily concerned with minimising the release of known toxins into the environment, with the European Union's REACH program? being a prime example. As legislation is updated, though, the regulatory bodies responsible for chemicals are beginning to embrace green principles. The US Environmental Protection Agency is now heavily committed to a policy of preventing pollution at its source (via green production principles) rather than capturing it or removing it from the environment after its release?. Industrial chemistry plays a huge role in shaping the modern world. The vast majority of commercial products bought and sold today incorporate materials produced through chemical engineering, and the choices made in producing those materials affect the entire world. By moving towards green chemistry and becoming more aware of their companies' environmental impact, chemists and engineers can make an enormous difference in humanity's overall quality of life, both now and in the future. 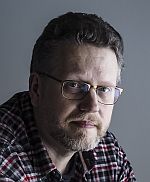