Have we overlooked some incredible pharmacological properties of aspirin? Martyna Petrulyte takes a look at the growing body of evidence and wonders if patients will soon be able to ask: “Doctor, please cure my disease for 55p” 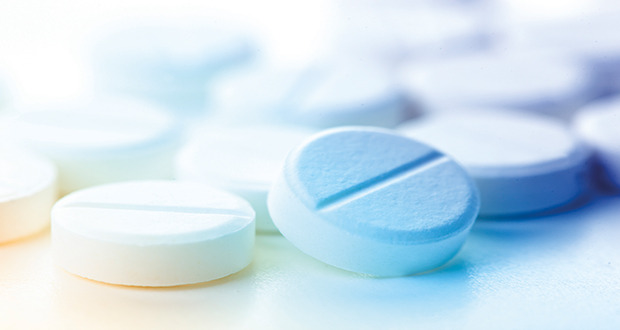 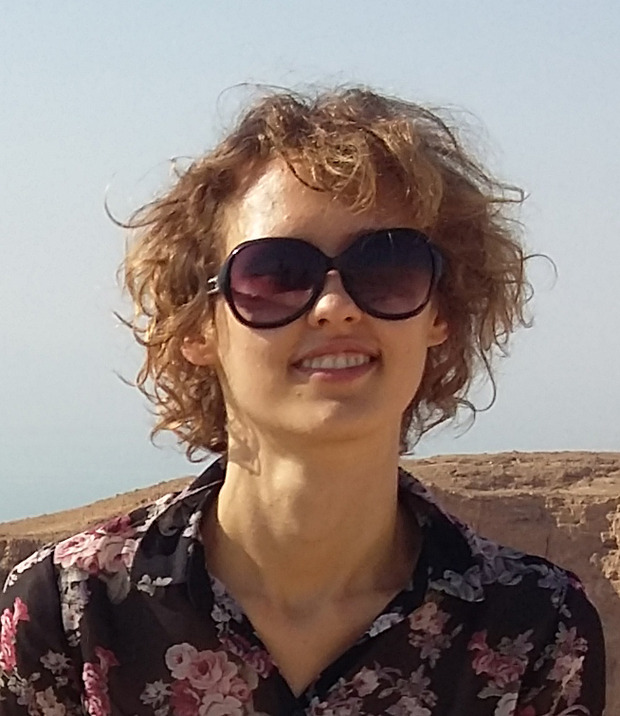 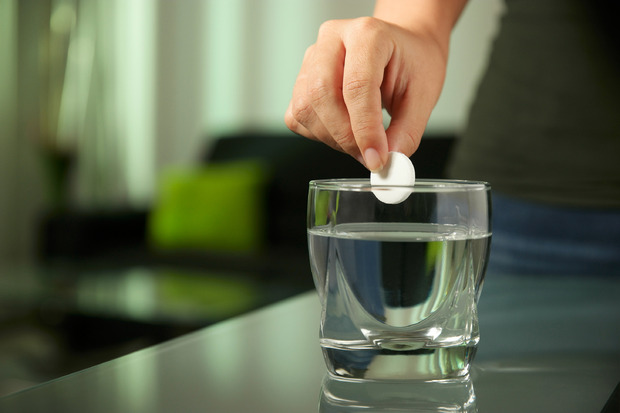 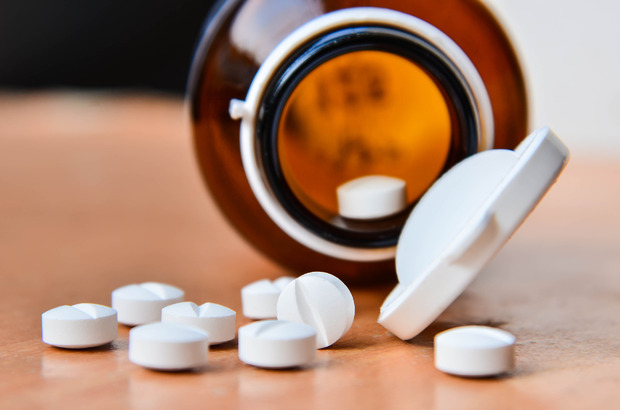 Have we overlooked some incredible pharmacological properties of aspirin? Martyna Petrulyte takes a look at the growing body of evidence and wonders if patients will soon be able to ask: “Doctor, please cure my disease for 55p”

Back in August 1897, German scientists for the first time synthesized an innocuous-looking white pill which soon became an indispensable part of lives of many people worldwide. No other medication is used by a greater number of consumers globally than aspirin, an over-the-counter drug that is used to reduce fever and relieve various pains and aches. Costing only 55p in Boots, aspirin has a good reputation in treating diverse conditions that has been supported by a long history of use. Interestingly, this old analgesic has recently regained interest from pharmaceutical companies as it has been shown to be useful for curing some of the deadliest diseases of the 21st century: cancer, cardiovascular diseases (CVD), and even dementia. In the mid-eighties, a new potential use of aspirin became widely accepted as many experiments showed its ability to significantly reduce heart attacks. The underlying mechanism of this effect is that aspirin irreversibly inhibits platelet adhesion within the vessels by acetylating an enzyme called cyclooxygenase-1, which catalyses the production of thromboxane A2, a powerful stimulant of platelet aggregation¹. Thus by inhibiting platelet stickiness, aspirin could be clinically used in treating ischaemic diseases characterised by thrombus formation. A large collaborative meta-analysis involving 135,000 patients in 2002 revealed that aspirin with doses of 75–150 mg daily taken up by survivors of myocardial infarction, stroke, transient ischemic attack, and angina decreased the chances of subsequent vascular events by 25%².

Moreover, the Physicians’ Health Study, which recruited over 22,071 healthy male physicians, uncovered the clinically significant benefits of daily aspirin intake in decreasing the risk of a first myocardial infarction by 44%³. Thus in addition to being antipyretic and analgesic, aspirin may decrease the incidence of the number one cause of death globally, cardiovascular diseases. Needless to say, any disease that is characterised by abnormal clotting process might be a potential candidate for aspirin treatment. However, long-term use of aspirin was indicated as a major cause of gastric bleeding and the proposal to take the drug prophylactically was challenged by recent meta-analysis which pinpointed to the risk of gastrointestinal haemorrhaging being higher than the actual protective action?. Nevertheless, the impact of specific dose regimens each chosen for individual patients should be tested in order to critically evaluate the variability in response to the drug, an approach called personalised medicine which is now beginning to gain great interest. 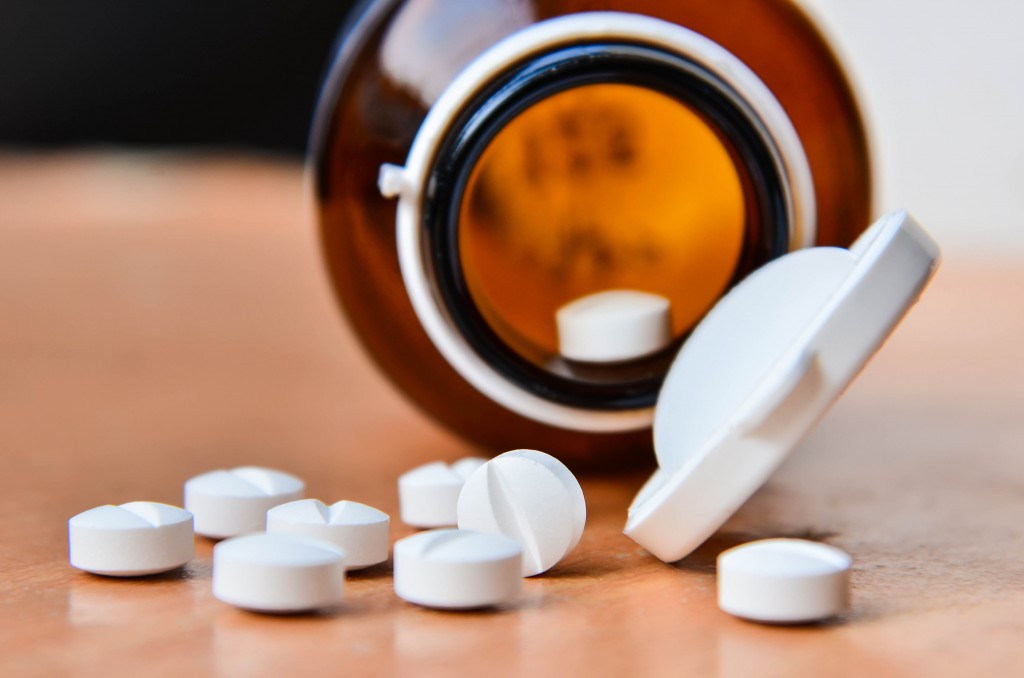 A more surprising novel use of aspirin is its potential to reduce cancer incidence and mortality.[/caption]

A recent announcement of the prospective clinical trial in Australia involving 15,000 people aged over 70 hit the headlines and sparked countless scientific debates over whether aspirin can also be used to delay onset of Alzheimer’s disease – the most common type of dementia which affects approximately 46.8 million people worldwide?. Although many studies to unravel the pathogenesis of Alzheimer’s disease have been conducted, no cure is available to date. A Swedish study which aimed to assess whether high-dose or low-dose aspirin may ward off Alzheimer’s dementia in individuals over 80 years of age has shown that women who were taking 75–160mg of aspirin every day declined less on the Mini Mental State Examination (MMSE) which was used to assess cognitive functions?.

Back in August 1897, German scientists for the first time synthesized an innocuous-looking white pill which soon became an indispensable part of lives of many people worldwide.

The underlying causes of neuroprotective effects of aspirin are unknown, however, it is believed that reduced aggregation of platelets in the brain following low-dose aspirin intake improves the cerebral blood flow?. Furthermore, aspirin is able to convert cyclooxygenase-2 into a form that produces two new anti-inflammatory neuroprotective docosanoids from docosahexaenoic acid (DHA) called lipoxins? as well as resolvins and NPD1?. Intriguingly, the amount of NPD1 is diminished in the CA1 region of the hippocampus of Alzheimer’s patients¹? and therefore potentiation of NPD1 with aspirin might be a new therapeutic approach. It was also shown that NPD1 enhances the survival of neurons in the brain by suppressing apoptosis and production of ?-A plaques which are abnormal proteins that cause neurotoxicity in Alzheimer’s disease. Thus, by reducing endothelial inflammation and increasing levels of neuroprotective agents, aspirin may be a prophylactic daily drug for people over 65 who have the greatest risk of developing Alzheimer’s disease. A more surprising novel use of aspirin is its potential to reduce cancer incidence and mortality.

A search for a drug for cancer treatment has been long and marked by significant scientific discoveries and unprecedented medical advancements but no cure has been found yet. Many clinicians and scientists, therefore, are aiming to prevent the development of cancer in the first place and suppress transformation of normal cells into cancerous cells. Cui et al.¹¹ reported that prophylactic intake of high-dose aspirin was closely linked to decreased risk of developing pancreatic cancer. In addition, aspirin might be able to decrease the incidence of colorectal cancer. A study involving 662,424 men and women showed that the use of aspirin no less than 16 times per month was correlated with a 40% decreased risk of developing colon cancer over a 6-year period¹². Updated results of this study later showed a significantly reduced risk of colorectal neoplasia in people who took at least 325mg of aspirin for at least 5 years as compared with ¹³. Moreover, not only prophylactic but also post-diagnosis use of aspirin might increase survival rates. Analysis of 830 individuals who were diagnosed with stage III colorectal cancer showed that patients who took aspirin consistently after diagnosis had a significantly reduced (48%) risk of recurrence and death from disease as compared to nonusers¹?.

What is emerging from long-term studies of aspirin and cancer is that the length of aspirin intake positively correlates with decreased chances of developing cancer. During a period of 24 years 79,439 women were followed and their use of aspirin was evaluated2. From this cohort 9477 deaths, of which 4469 were caused by cancer, were recorded at the end of the study. Compared with women who never took aspirin on a regular basis, women who used aspirin for more than 20 years were at lower risk of developing breast and lung cancer. However, a small advantage of aspirin with regards to cancer-related mortality was not observed until after at least 10 years of constant aspirin use. Although precise mechanism of aspirin’s anti-neoplastic effects remains to be determined, several theories have been put forward to explain how aspirin can inhibit tumorigenesis. 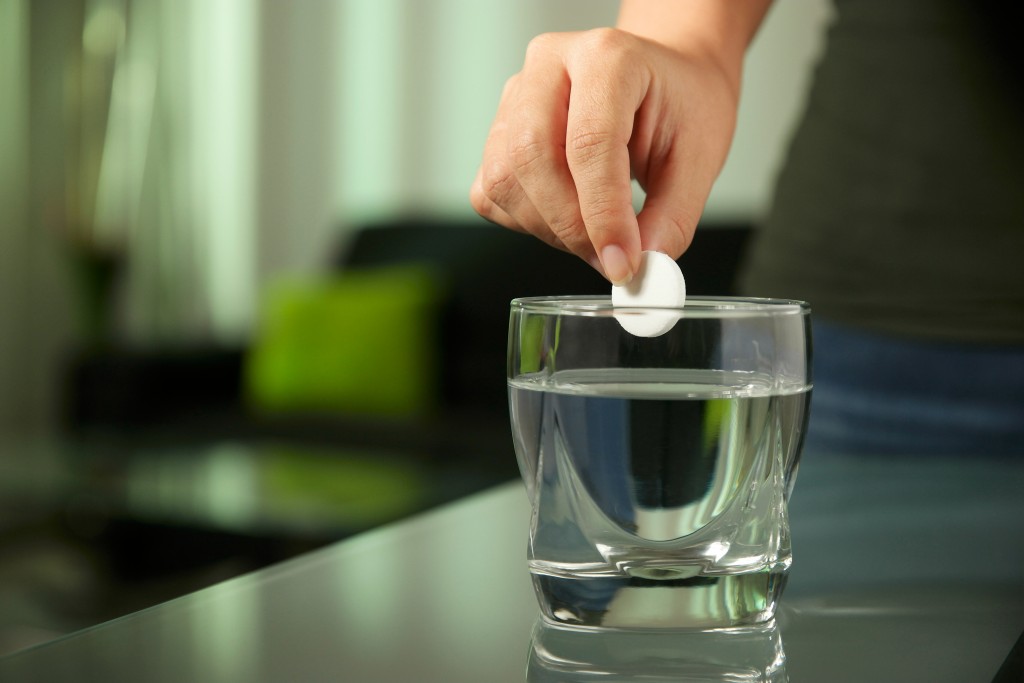 Analysis of 830 individuals who were diagnosed with stage III colorectal cancer showed that patients who took aspirin consistently after diagnosis had a significantly reduced (48%) risk of recurrence and death from disease as compared to nonusers.[/caption]

Aspirin might induce apoptosis pathway by upregulating p38 mitogen activated protein kinase¹?. In addition, overexpression of cyclooxygenase-2 (COX-2) occurs in 80% of colonic tumours and this is closely related with proliferative activity of tumour and its metastatic capacity¹?. By inhibiting not only COX-1 but also COX-2, aspirin may impede rapid proliferation of tumour cells. What is more, aspirin might inhibit the transcription factor nuclear factor kappa B (NF-kappaB) which is essential for regulating expression of many genes associated with tumour formation and inflammation, for example, interleukin-1, interleukin-6, and adhesion molecules¹?. Surprisingly, NF-kappaB is known to have an important role in the control of HIV-1 gene expression by its ability to bind to the HIV long terminal repeat and induce the transcription of integrated HIV genome, leading to chronic and invariably fatal AIDS infection¹?. A randomised controlled trial in Nigeria failed to show an increase in CD4+ cell count (post-treatment count was 293 cells/mL compared to the pre-therapy count of 257 cells/mL) after the treatment of HIV patients with selenium and aspirin¹?. However, mean body weight was increased after treatment which is of great benefit to debilitated HIV-positive patients. Larger studies involving more patients over prolonged time periods are needed to more reliably evaluate the aspirin’s potential to ward off HIV.

Considering a wide spectrum of ailments that could be possibly treated, a cheap, easily manufactured and relatively safe pill with its anti-dementia, anti-platelet, anti-tumour, and even possibly anti-HIV effects may thus be soon hailed as a panacea for all ills. It is still too early to conclude that 55p is really all what is needed to ward off major killers of our century, but we are getting close. 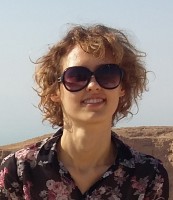 Author: Martyna Petrulyte is a third year biomedical sciences student at the University of Aberdeen. She is also a teacher at the National Students’ Academy where she teaches biochemistry and biology to Lithuanian high school students.

Martyna recently won first prize in the United Kingdom and Ireland Controlled Release Society (UKICRS) essay copmpetition. The Society has a membership of scientists, predominantly based in the UK and from both academia and industry that are interested in Drug Delivery