Can the humble autoclave really be the keystone of cutting edge Materials Science? One team from Leeds think so and here they tell us why this lab mainstay is vital for the hydrothermal synthesis of dental implants which can encourage bone growth. 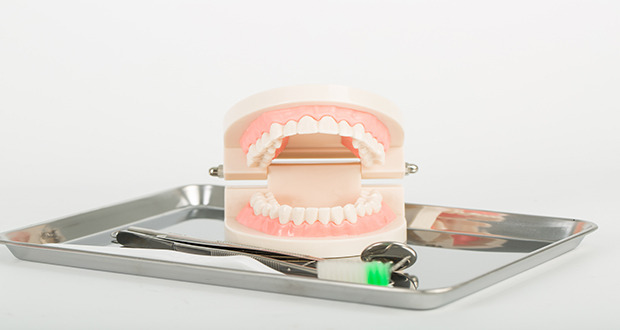 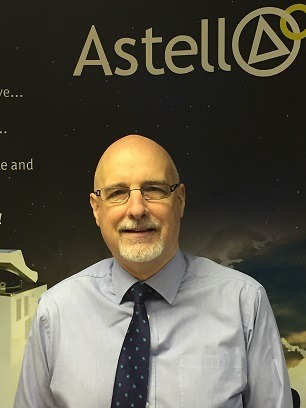 Can the humble autoclave really be the keystone of cutting edge Materials Science? One team from Leeds think so and here they tell us why this lab mainstay is vital for the hydrothermal synthesis of dental implants which can encourage bone growth.

University of Leeds, School of Dentistry is undertaking research to develop a coating for dental implants to prevent infection and subsequent bone loss. Hydrothermal Synthesis is used in this research for creating crystals to be used in the coating that encourage bonding with the bone. Key to the success of this technique is the unique 10-hour cycle autoclave. Prosthetic dentistry has been with us for 4000 years; from bamboo pegs to ivory, precious metals and porcelain the search has been on for aesthetic looking materials that stand the test of time. Modern dentistry is big business and people pay thousands of pounds to have ‘perfect teeth’. There is also an expectation that their expensive dental work will last for many years if not a lifetime. There can however be problems.

Most dental implants utilise a titanium screw which is inserted into the bone to support the replacement tooth. Approximately 50% of the implants that fail do so due to Peri-implantitis – an inflammation around the implant that results in loss of surrounding bone. Finding a solution to this problem will save patients and dentists a considerable amount of time and money, and importantly improve long term patient satisfaction. PhD student, Ali Marie working with Professor David Wood and Dr Thuy Do from the School of Dentistry at the University of Leeds is using hydrothermal synthesis to help develop a coating for titanium implants that will act as an antimicrobial agent and assist bone regeneration. Hydrothermal synthesis is a technique that involves the growth of materials from aqueous solutions at elevated temperature and pressures. In this particular case, the Leeds team are utilising the high water temperature and pressure of an autoclave to produce ordered fluorapatite crystals which are known to be antibacterial against pathogens implicated in peri-implantitis. The physical properties of the crystals also improve osteoinductive performance encouraging bone growth right up to the implant.

One of the first materials to be used to coat dental implants was hydroxyapatite. It was chosen because it has excellent biocompatibility and chemical similarities with human bone. The surface chemistry of a hydroxyapatite crystal creates a biological response when it comes into contact with the implant, which over time results in union with the bone. However, hydroxyapatite coatings have also been shown to be at risk of dissolution and debonding, resulting in clinical failure. The limitations of hydroxyapatite, in terms of stability, subsequent formation of heterogeneous calcium phosphates and its thermal decomposition initiated a search for a more stable bioactive material. That search is focused on fluorapatite. It has similar physical structure to hydroxyapatite but by replacing the hydroxyl group (OH) with fluorine (F) it becomes more stable. The hydrothermal synthesis technique for creating aligned fluorapatite crystals was first developed by Professor Brain Clarkson’s research group at the University of Michigan. Through a process of experimentation, they established that 10 hours was the optimum synthesis time for the creation of fluorapatite crystals with the best possible physical characteristics for bonding. The crystals produced through this timed autoclave process have been shown to enhance bone regeneration and stem cell differentiation.

Hydroxyapatite had been traditionally used to coat dentail implants, however due to it's chemical makeup degrades over time.[/caption]

Professor David Wood and his team at the University of Leeds collaborated with Brian Clarkson’s Group, but channelled their research into the antimicrobial properties of fluoride in the crystals. This innovative work has in turn become focused on the use of the crystals in dental implant coatings to combine bone regeneration with the known antimicrobial properties of fluoride. No dental implant coating on the market at this time offers this combination. The research has gathered pace and having established the effectiveness of fluorapatite, the team at Leeds University are now testing the reproducibility and coherence of the coatings on different dental implant substrates. The coatings are also being tested and optimised against a panel of different bacterial species that are responsible for peri-implantitis. Bacteria can develop a resistance to antibiotics, but the same cannot be said of fluorapatite, which because of its biocompatibility with bone, will provide ongoing protection against infection.

Hydrothermal synthesis delivers fluorapatite coating and crystal synthesis in one short step, compared with the time consuming techniques currently used for manufacturing existing coatings, such as plasma treatment, sputtering techniques and salinisation. By shortening the manufacturing time, the costs associated with production are significantly reduced and the process becomes very attractive to the dental implants industry. The autoclave has traditionally played a backroom role in laboratories and clinical environments. The development of a bespoke model for extended cycle hydrothermal synthesis demonstrates how the humble autoclave can be adapted to make a crucial difference to the speed, quality and accuracy of important research. To produce the optimum fluorapatite crystals through hydrothermal synthesis the autoclave has to operate at a temperature of 121 degrees at a pressure of 2 atmospheres for up to 10 hours. Autoclaves typically run for 20 to 90 minutes so it was clear that for the research an off the shelf model would not be suitable.

Bacteria can develop a resistance to antibiotics, but the same cannot be said of fluorapatite, which because of its biocompatibility with bone, will provide ongoing protection against infection

Following consultation and site visits from Astell, a commitment was made to build a unique benchtop autoclave, programmable with extended cycles of up to 10 hours. Furthermore, the autoclave was robust enough to cope with the longer cycles, and components and door seals resilient. The bespoke autoclave has significantly enhanced the research process – as Ali Marie says: ‘Astell have given me a unique benchtop autoclave, one modified specially for my work. It is fully programmable and I can run different timed hydrothermal synthesis cycles up to a maximum of 10 hours. Its small size also means it takes up little space on the benchtop – perfect for our laboratory in St James’s University Hospital.’ 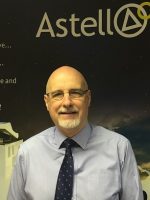