Bees navigate by sensing the polarisation of light. We now know that some rainforest-dwelling bees can measure polarisation much more accurately than previously assumed. Dr Andrew Bodey tells us how this discovery was made using data from Diamond Light Source, and discusses why bees might use such accurate measurements. 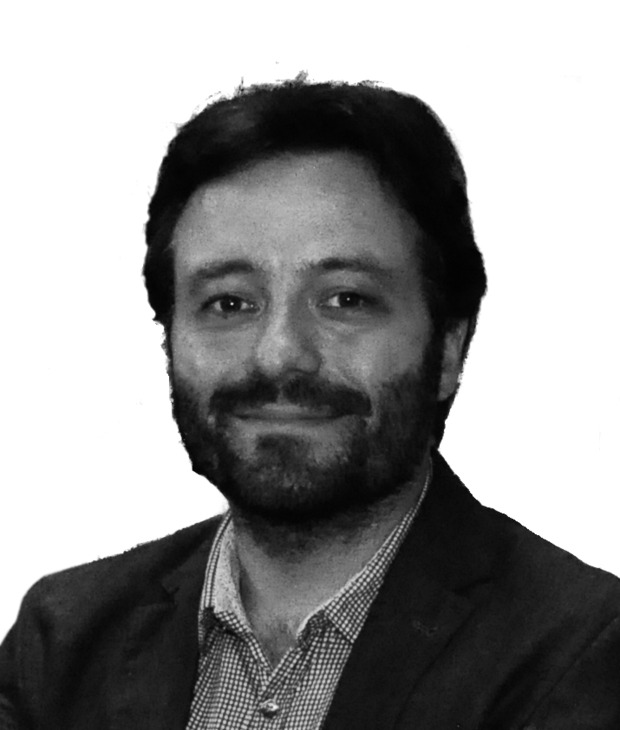 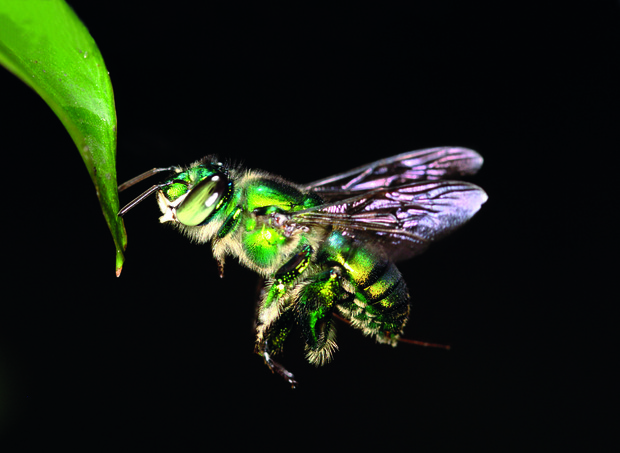 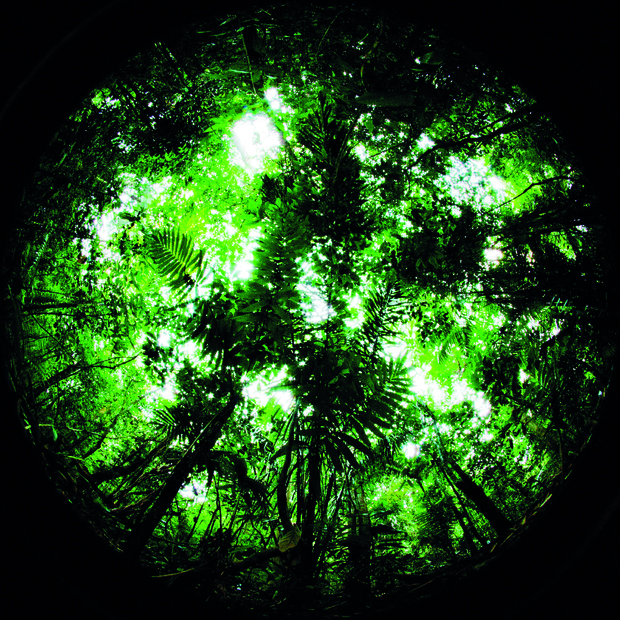 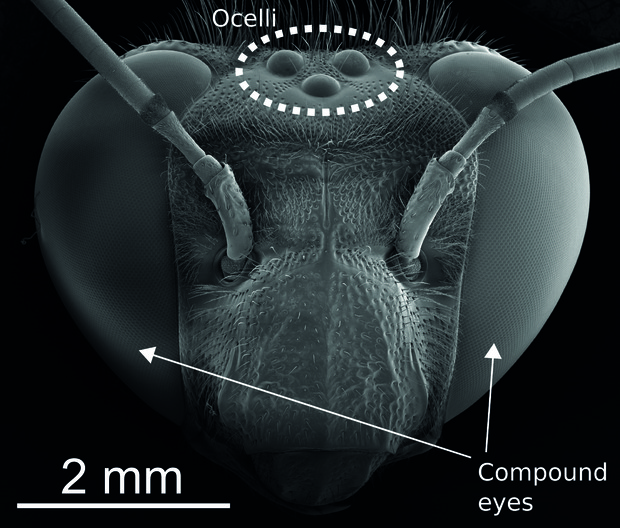 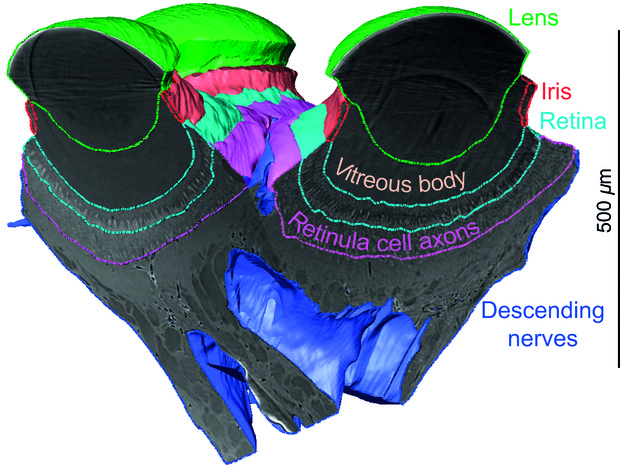 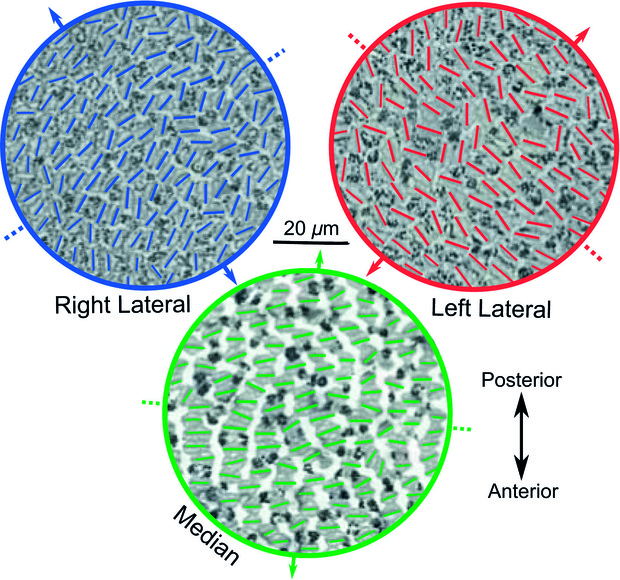 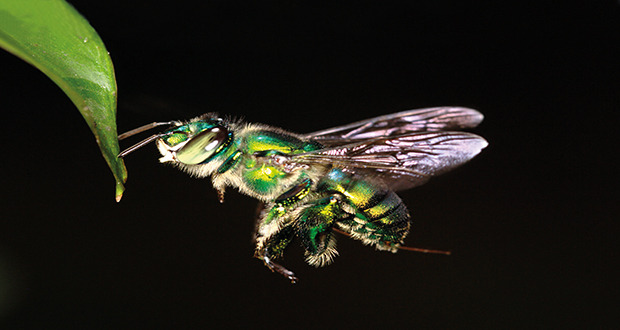 Bees navigate by sensing the polarisation of light. We now know that some rainforest-dwelling bees can measure polarisation much more accurately than previously assumed. Dr Andrew Bodey tells us how this discovery was made using data from Diamond Light Source, and discusses why bees might use such accurate measurements.

Bees see the world in a very different way to humans. They have five eyes that cover much of their heads, and each eye has a region that is sensitive to polarised light. The light of the sky is polarised relative to the position of the sun, and bees use this information to navigate. We now know that some rainforest-dwelling bees possess the tools necessary for complete polarisation analysis: accurate measurement of both the angle and extent of polarisation. Sunlight is polarised as it passes through the Earth’s atmosphere and as it reflects from water and the foliage and flowers of plants. As with the colour of light, polarisation provides a wealth of information that some animals have evolved to use to their advantage. Navigation via sensing of celestial polarisation has been observed in various species of insects. Honeybees for example, dance to communicate the angle and distance in which to travel in order to find good food sources; they then use polarisation patterns in the sky to navigate to the food and to return to the nest.

For the first time, a biological system has been identified which fulfils all the requirements of complete polarisation analysis.

In order to take very accurate measurements of the angle and extent (fully polarised, partially polarised, etc.) of skylight polarisation, an upwards-facing system of multiple eyes is required; these must each be sensitive to light polarised at a different angle and have overlapping visual fields. Such a system – known as a polarisation analyser – has been previously prototyped in unmanned aerial vehicles¹. The device used four cameras which each recorded light polarised in a different direction. We now know that nature got there first. For the first time, a biological system has been identified which fulfils all the requirements of complete polarisation analysis. 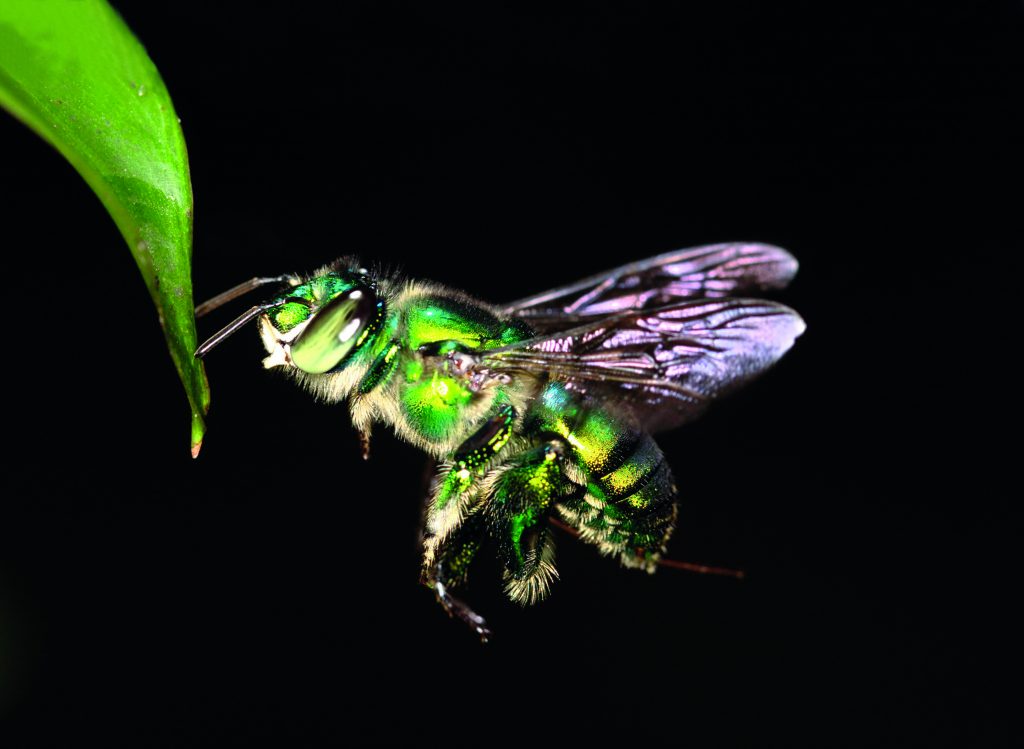 The discovery, published recently in Current Biology, was made by a team of scientists based in Sweden, Australia, South Africa and the UK². The system was observed in the orchid bee Euglossa imperialis. Upon visiting the rainforests of Panama, the researchers were taken by how fast and acrobatic the orchid bees were in flight – even in this dimly lit and cluttered environment (Figure 1a,b). They noticed that the simple eyes, or ocelli, of these bees were particularly pronounced as if adapted to give a wide view of the environment. They did not expect to find a polarisation analyser in the eyes of these creatures, but suspected that there was something rather special about the way they see the world (Figure 2). The bees were taken to the Diamond Light Source synchrotron, in the UK. At the Diamond-Manchester Imaging Beamline I13-2, a series of microscopic images were collected while each specimen was rotated in the X-ray beam. Each series was then computationally reconstructed to produce a three-dimensional image known as a microtomogram. As soft-tissue imaging poses particular challenges relating to beam damage, sample deformation and poor contrast, considerable efforts were made to prepare samples and conduct experiments in a way that minimised such problems. 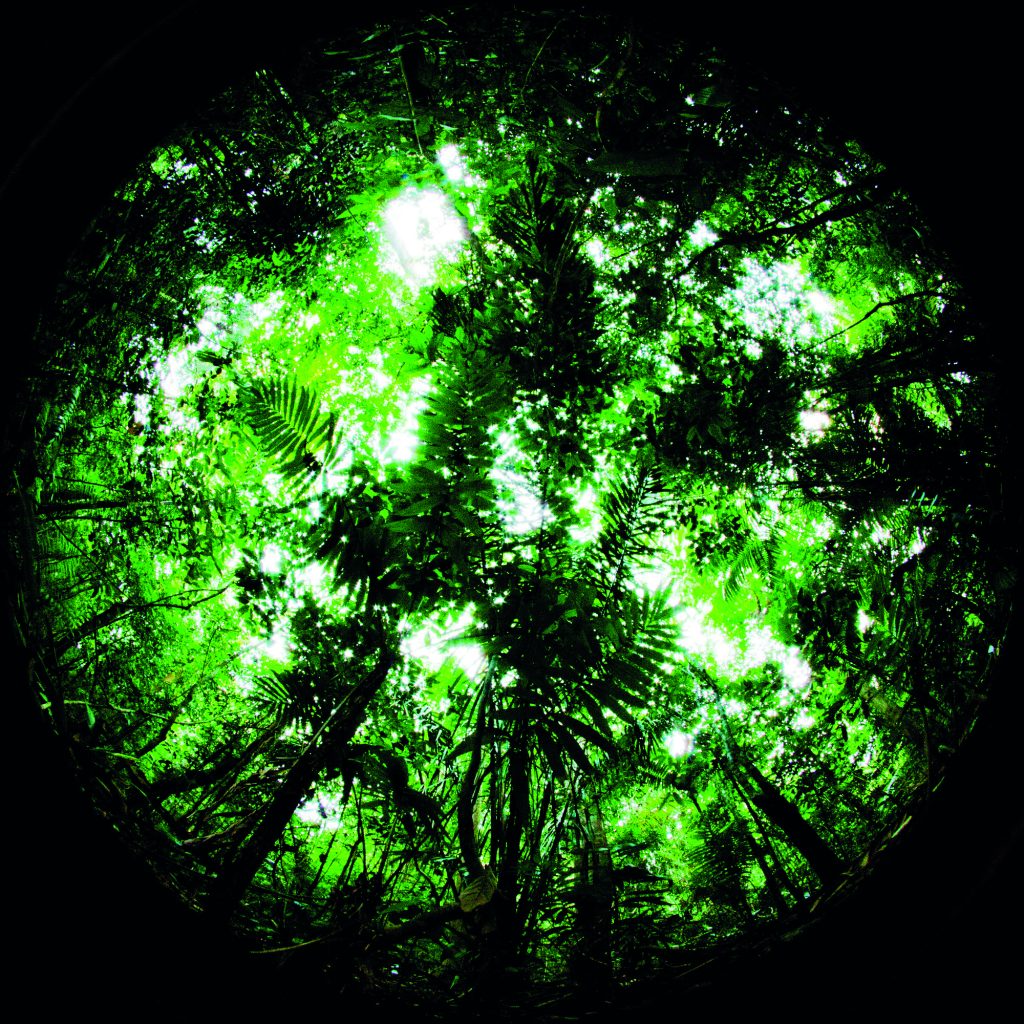 Figure 1b. The tropical rainforest is home to the orchid bee.[/caption]

Insects were preserved via fixation (a chemical process for cross-linking proteins), stained to enhance absorption contrast, and then dehydrated and embedded in epoxy resin to improve mechanical stability. This reduced the extent of reconstruction artefacts arising from sample deformation during imaging. To reduce beam damage, the more strongly-absorbing lower-energy photons were supressed, beam exposure was reduced and a low-dose alignment strategy was employed. ‘In-line phase contrast imaging’ was used to enhance the visibility of features based upon variations in refractive indices of different tissues (Figure 3). 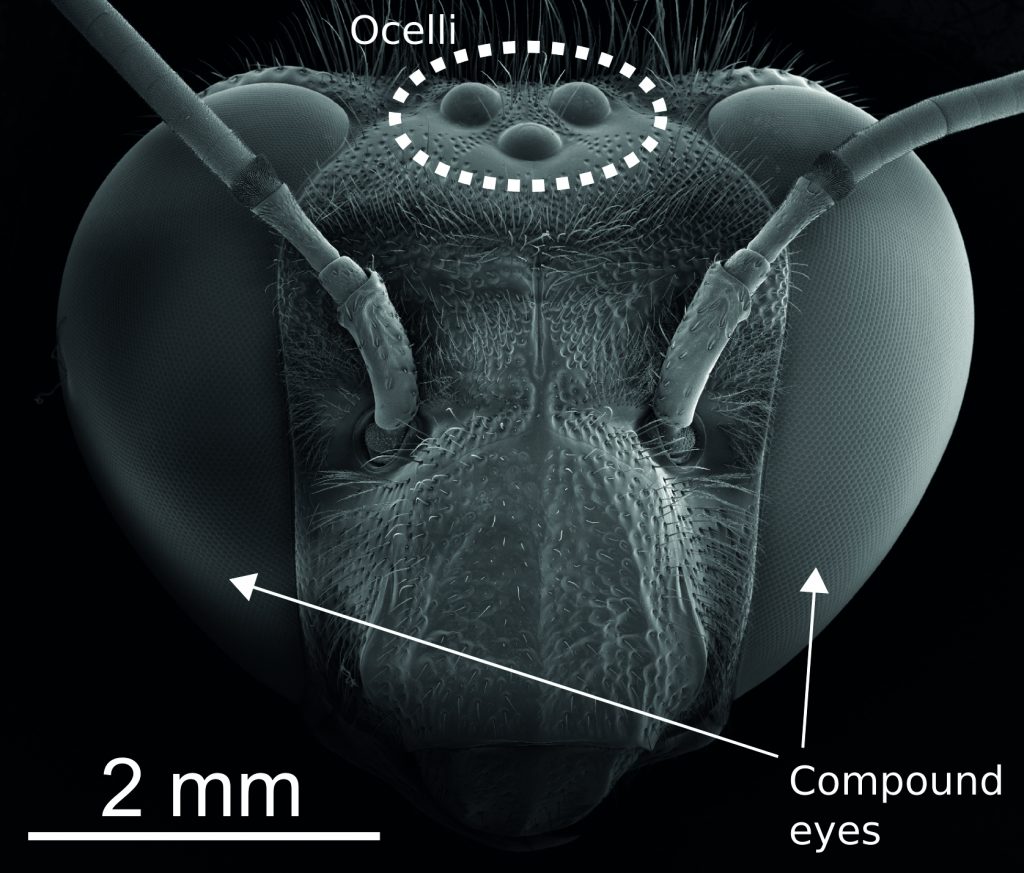 Figure 2. SEM showing that orchid bees have five eyes. Two huge compound eyes cover the sides of the insect’s head, and comprise thousands of lenses each. The single-lensed ocelli face upwards. (Reproduced from 2 with permission from Elsevier.)[/caption]

Ray tracing simulations of the microtomograms (simulations of light rays entering and passing through each eye) allowed the researchers to understand the nature of the images reaching each retina. They found that each ocellus has a field of view which is not shared with the other ocelli; these monocular fields extend from just below the horizon to an elevation of approximately 70°. Light entering the monocular fields is focused onto the retinae, creating sharp images of the horizon that would provide visual cues to control flight stabilisation and steering. As these retinal regions are also sensitive to polarised light, their sharp monocular images may also play a role in helping the bees to find and land on orchids using polarisation patterns reflected from the flowers³. 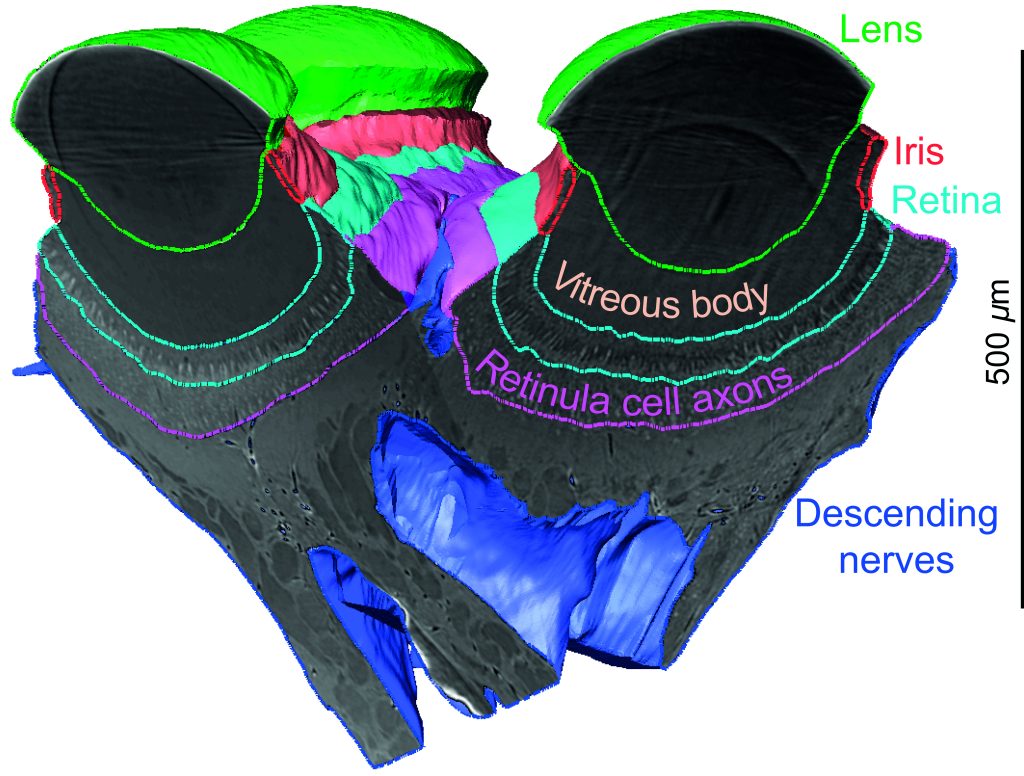 In addition to the monocular regions, each ocellus has a field of view which overlaps with corresponding fields in the other ocelli. This shared trinocular field is upwards-facing and – in contrast to the monocular regions – receives primarily defocused light. Assuming that the trinocular region is used for navigation, blurring of the images it receives could be advantageous in the rainforest. The sky's polarisation patterns are surprisingly well maintained under the rainforest canopy, but they are locally distorted. Blurring of images could conceivably minimise the effects of such distortion. The response of photoreceptors to light polarised in a particular direction depends on the orientation of the receptors. Scanning electron microscopy imaging of the fine structure of the retinae revealed that – unlike in human eyes – receptors in each retina are aligned with one another. 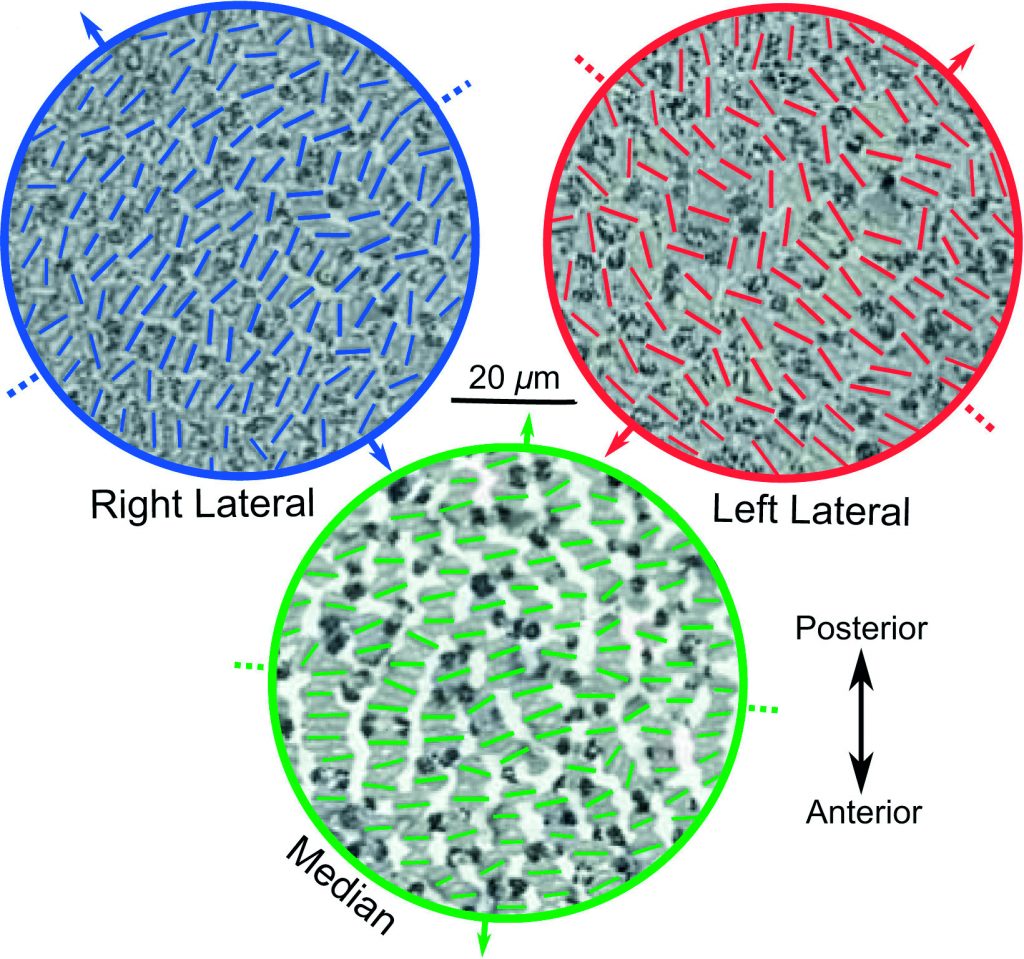 Figure 4. Scanning electron micrographs showing the orientations of photoreceptors in the three ocelli. (Reproduced from 2 with permission from Elsevier.)[/caption]

By analogy with the polarisation analyser prototyped in unmanned aerial vehicles1, receptors in each ocellus are offset by approximately 40° relative to those in other ocelli (Figure 4). This is the first time that offset receptors have been observed in an insect's ocelli. The trinocular field, equipped with appropriately-aligned receptors, fulfils all the requirements of full polarisation analysis. Behavioural experiments can now be performed to confirm that the bees use the system for this purpose and to determine why they need to measure polarisation so accurately.

One might hypothesise that the challenges of navigating under dense rainforest canopy led orchid bees to evolve a particularly sophisticated vision system. The researchers will now study other bee species to determine whether these have also evolved polarisation analysis capabilities. Tropical rainforests are being deforested at an average rate of approximately 80,000 acres a day. The team plans to investigate the resiliency of rainforest bees to habitat change by predicting how well they will be able to see and navigate in an agricultural or built environment. 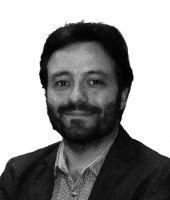 Author: Dr Andrew Bodey is a scientist at the Diamond–Manchester Imaging Beamline I13–2 of the UK’s synchrotron, Diamond Light Source.