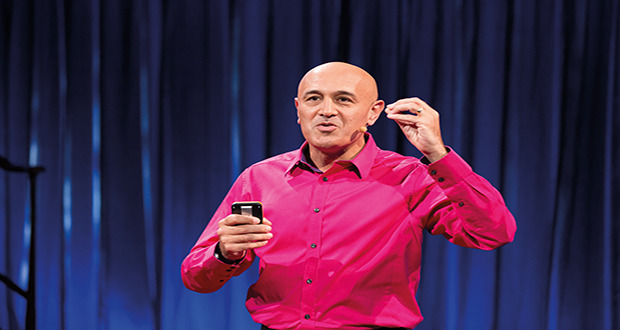 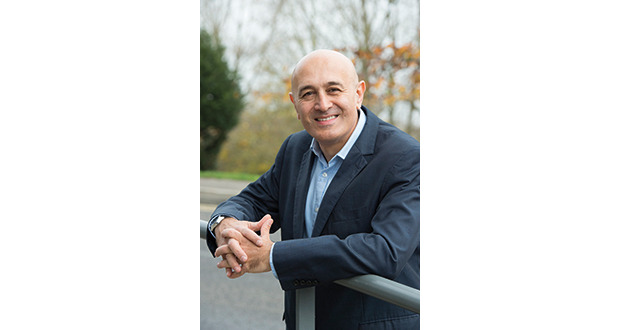 How did you enter the world of quantum biology? It happened by accident some twenty years ago – although I did not become active in the field until recently. My now friend and collaborator, Johnjoe McFadden, came over from the Molecular Biology Department at Surrey to give a seminar to us physicists. That was in 1997. He described a long-standing issue in his field whereby certain bacteria undergo a mutation far more readily if the resulting mutated strain is provided with an advantage, even if the pre-mutated bacteria cannot make use of this advantage. How does it now? How can the randomness of mutations be somehow directed? It was called adaptive mutations. Johnjoe suggested that maybe quantum mechanics could provide an answer: that the genome of the bacteria could exist in a quantum superposition of mutated and unmutated states simultaneously. According to quantum mechanics, this is possible. In fact, we see it all the time in the subatomic world, but not in our everyday world – hence the paradox of the Schrödinger’s famous cat in a box that is both dead and alive at the same time.

The idea that such delicate quantum superpositions could survive inside the complex environment of a living cell was thought to be impossible. Most of my colleagues at that seminar dismissed Johnjoe’s idea. I stuck around and had a long chat with him. From there grew our long-standing and continuing collaboration in quantum biology. We published a speculative paper on adaptive mutations and quantum mechanics in 1999 and wrote a chapter in a book on quantum origins of life itself a few years later. But our research only really took off in earnest about five years ago and more recently we wrote the very first book on quantum biology for a lay audience.

Do you believe it will make biologists in general approach their discipline differently? Probably not, on the whole. So far, we have only found quantum effects in very special situations inside living cells – in photosynthesis, in enzyme action and a few other processes. So, given the continuing tremendous success of molecular biology and genomics, I suspect most biologists will continue to be reluctant to learn quantum mechanics unless they have to. It is highly mathematical and it’s not clear just how crucial it is in much of biology.

What are the most well-known examples of quantum biology currently understood by scientists? Well, I mentioned photosynthesis. This is probably the most studied area. The process of photosynthesis whereby plants and bacteria capture sunlight and convert into chemical energy that is used to create biomass is probably the most important biochemical reaction on the planet (and probably in the Universe if, as we think highly likely, life exists elsewhere). Photosynthesis is also very complicated. But the first stage, whereby a photon of light is captured by a chlorophyll molecule and delivered to the reaction centre in the cell, is highly efficient, which has been puzzling. We might expect the photon to find it difficult to make its way to the reaction centre with such unerring accuracy every time. It turns out this is because it uses quantum mechanics to give it a helping hand. The photon follows all possible routes simultaneously. A famous experiment at Berkeley a few years ago using laser pulse spectroscopy confirmed this.

The other well-established example is the role played by quantum tunnelling in the action of enzymes, those workhorses of the cell that speed up thousands of biochemical reactions by so many orders of magnitude that it had been a puzzle just how they could do this by physically manipulating structures on the atomic and molecular scale. It might surprise you therefore to know that quantum tunnelling of electrons – which can be made to jump across energy barriers that they should not be able to – was shown to play an important role in enzyme catalysis all the way back in the 1970s; and quantum tunnelling of protons was confirmed in the 80s.

There are a number of other examples where quantum mechanics looks like it could play a role, such as in olfaction (quantum tunnelling of electrons triggers the way we recognise scents), mutations in DNA (quantum tunnelling of protons in hydrogen bonds in DNA) and, most exciting of all, as a chemical compass in the eyes of migrating birds and other creatures that can navigate using the earth’s magnetic field (electron entanglement in proteins). Even more speculatively, some scientists are even asking whether quantum mechanics plays a role in consciousness or in the origin of life itself.

Are scientists any closer to understanding how quantum biology can occur at temperatures not near absolute zero? They are getting closer but, no, it is still a puzzle. In fact, I would say it is the central mystery in quantum biology. A number of theoretical papers have been published in recent years suggesting that the noisy environment inside cells (by which I mean the high temperature, wet, bustling milieu within cells in which thousands of biochemical reactions and processes are taking place) may paradoxically help quantum coherent effects stick around longer. Maybe life has evolved the machinery that is tuned to resonate with quantum vibrations. Whatever it is, something is going on that is encouraging quantum effects to last a lot longer than they have any right to.

Are there any particular studies you are aware of at the moment that you are particularly excited about in this still relatively young field? Recent research by a group of chemists at Oxford, led by Peter Hore, have put flesh to the bones of the theory that electron entanglement – what Einstein called, disparagingly, ‘spooky action at a distance’ – as it applies to the idea of avian magnetoreception: the explanation of how navigating birds like the European robin can have such sensitivity to their orientation within the earth’s weak magnetic field. The theory has been in place for some time – it is known as the fast triplet reaction. But the Oxford group have clarified things. Of course, we are still a long way of finding a method for testing theories such as this experimentally.

Is there any research you are currently carrying out yourself? My interest over the past few years has been in the possibility of proton tunnelling between two strands of DNA via hydrogen bonds and whether this could play a role in mutations. The calculations are complicated and so far we’ve not found the evidence, but I would say it’s still an open question that merits further work. I also have a new PhD student starting soon who will work on this issue of how quantum coherence can live so long inside living systems. Again, his work is very theoretical. This is because I am a theoretical physicist who’s applied quantum mechanics in nuclear physics. I am now using the same mathematics – the same equations – but applying them within the molecules of life.

I should say that the field of quantum biology is still speculative, and many scientists are far from convinced. But then it is a new field, and if the answers were obvious it wouldn’t be so exciting.