With estimates suggesting they can infect anything between 10-85% of cell lines in a microbiology laboratory, Andrea Toell explains how best to protect yourself against mycoplasma 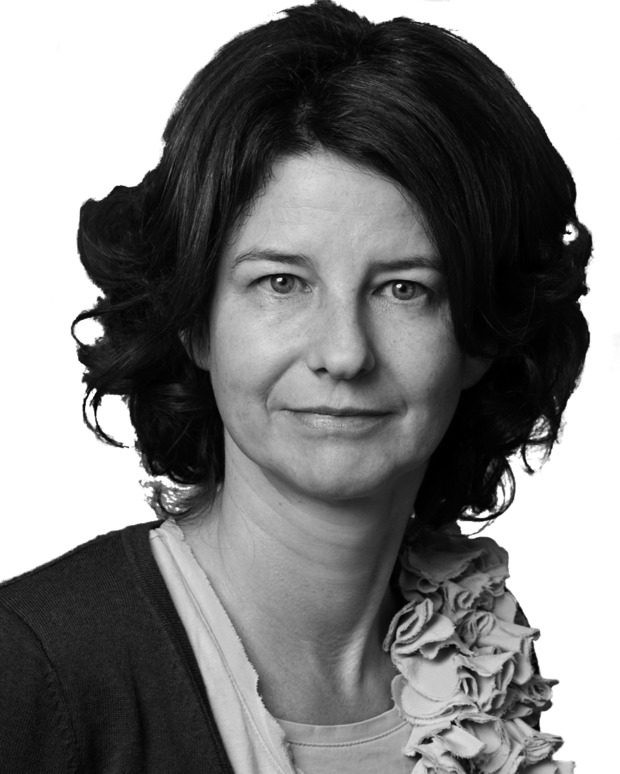 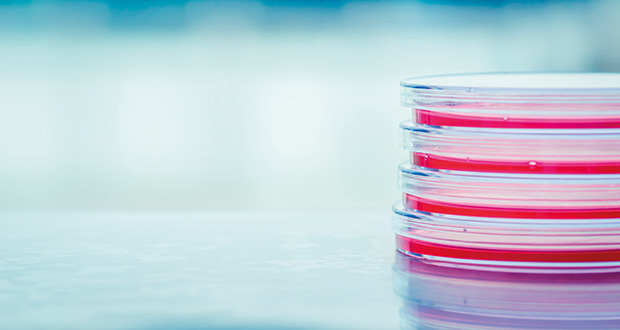 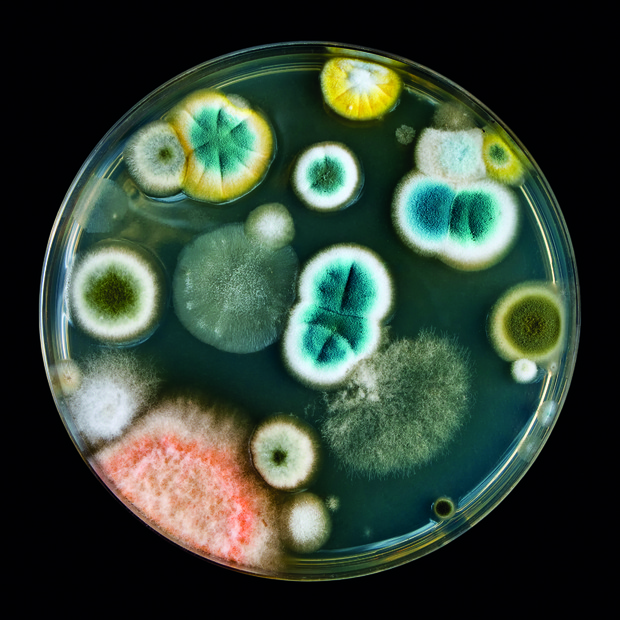 With estimates suggesting they can infect anything between 10-85% of cell lines in a microbiology laboratory, Andrea Toell explains how best to protect yourself against mycoplasma

Ubiquitous, difficult to detect, and potentially detrimental to your research: mycoplasmas are the invisible enemy that should not be ignored. Scientists working in cell culture may well be used to pulling their cultured cells out of the incubator, only to notice the first visually detectable indications of contamination.

Whether it is a yellowing of the culture media in the case of bacteria, or distinctive floating masses indicative of myceliated mould, the initial warning signs can often be clear enough. Mycoplasma, however, is a different story.

Mycoplasma – unlike most bacteria – lack a cell wall, meaning they are resistant to a number of the most common antibiotics used in regular cell culture. In addition, they are devilishly difficult to detect. Where other forms of bacteria appear as motile black specs under a light microscope, mycoplasma can only be seen under an electron microscope. This means mycoplasma infections can go on for months and the initial signs can be highly subjective. But why does it matter? Unfortunately, mycoplasma infection has been shown to affect many processes of the host cell. Research shows that infection can lead to chromosomal aberration, inhibition of cell growth, metabolism inhibition, disruption of nucleic acid synthesis, and can even cause cell death. For this reason, infestation can seriously compromise the quality of research undertaken using infected cell lines, as any phenomena observed cannot be proven to be independent of mycoplasma activity.

A few very simple testing procedures can be put in place, such as testing every sample that enters the laboratory for the first time, and monitoring routinely the level of cross-contamination between cell lines occurring. The detection can most effectively occur via the detection of enzymatic activity specific to mycoplasma, eliminating the occurrence of false positives. In addition, prevention of initial infection can be achieved with effective antibiotics, and can help maintain the integrity of samples and quality of research output. Often, the enemy is right under your nose. Many scientists who are familiar with cell culture know all too well the common signs of contamination (and the characteristic sinking feeling that accompanies it). Bacteria often affect culture media pH to elicit a yellowish colouration coupled with a rather turbid looking solution. Yeast, on the other hand, does not cause a change in medium colour, but often turns culture media cloudy when contamination progresses. Fungal contamination is often the easiest to spot; fungi typically float on the surface of the culture – often appearing as filamentous strands associated with cultured cells. All of these contaminants have one thing in common: they are all visible under the microscope (at least to an experienced cell culturist); this is not the case with mycoplasma.

Ubiquitous, difficult to detect, and potentially detrimental to your research: mycoplasmas are the invisible enemy that should not be ignored

The term ‘mycoplasma’ is broad – describing an abundant class of small, cell wall-absent bacteria of the Mollicute class which are extremely widespread in the environment (they have been found to infect humans and other mammals, reptiles, insect and even plants). Their ubiquity poses a problem for cell culturists, namely that it can be very difficult to avoid bringing them into the laboratory space. In addition, many ‘first line of defence’ antibiotics used commonly in cell culture – penicillin for example – base their mode of action on their target having a bacterial cell wall; a feature that mycoplasma lack. Mycoplasma contamination does not give any obvious visual indications, and even high concentrations will not elicit any change in media pH or lead to turbidity. Unlike cell-walled bacteria, mycoplasma that are just 0.2 to 0.3µm in size, can only be visualised under an electron microscope – which also means they cannot be eliminated from cell culture via standard methods of filtration. Because of their ubiquity both in the natural environment and the human body, and their ability to evade most preventative and identification procedures, mycoplasma contamination can go on undetected for months on end. If these seemingly innocuous bacterial species can neither be seen nor heard, why should they keep cell culturists awake at night? As mentioned, mycoplasma contamination can affect many crucial processes of the host cell. It has even been shown to lead to cell death; and DNA fragmentation due to the presence of mycoplasmal nucleases can mimic apoptosis, affecting data.

For these reasons, the mere presence of mycoplasma in cell cultures can seriously compromise the quality of research, as phenomena observed in the cells cannot be shown to be independent of mycoplasma activity. Initial signs within contaminated cells themselves, if present at all, may be subjective – signs such as a reduction in proliferative characteristics, a result of massive mycoplasma growth and subsequent competition for nutrients with host cells. Similarly, owing to the effect mycoplasmas have on the dynamics of the host cell’s genetic material, transfection efficiency can be reduced significantly in contaminated cultures. Mycoplasma’s ability to avoid detection can lead to time being wasted troubleshooting often vague changes in the phenotype or activity of cells in culture. Sophisticated detection techniques are therefore required in order to help maintain sample integrity and research quality.

Although fighting mycoplasma contamination can feel like an uphill struggle, there are a number of techniques that can be employed for effective detection

How then do mycoplasma gain entry into cell cultures? The primary cause of contamination has been shown to be cross-contamination from other cell lines (indeed, 15 – 35% of continuous cell culture lines are estimated to be contaminated), but mycoplasmas are common in saliva, skin and body hair, meaning laboratory personnel can be a leading cause. In addition, culture reagents, such as bovine serum and trypsin obtained from swine, can lead to contamination from mycoplasma that normally infects the organisms from which they are synthesised. Although fighting mycoplasma contamination can feel like an uphill struggle, there are a number of techniques that can be employed for effective detection. As a first port of call, all cell lines, samples and reagents from new sources should be tested as a matter of procedure. In addition, routine testing should be carried out at least monthly on samples within the lab, with once every one to two weeks being optimum. Conventionally, the gold standard for mycoplasma testing is the agar culture test, whereby a small sample of culture media is sent to an external laboratory for analysis. The sample is grown on an agar plate, and mycoplasma presence is elucidated via the identification of colony forming units. This is a lengthy process however, with the turnaround often taking as long as four weeks. PCR-based techniques also can be employed for detection, but their efficacy is dependent on the presence of appropriate primers for mycoplasma sequences – miss one out, and that mycoplasma could go undetected. In addition, methodologies that employ PCR can result in false positives, as DNA from dead mycoplasmas can be detected – the process is lengthy still, taking two to four hours.

Novel technologies utilise bioluminescent signals given off via luciferase/luciferin-driven ATP production, which is indicative of mycoplasma following the addition of substrates for mycoplasma-specific enzymes (such as the MycoAlert Mycoplasma Detection Kit developed by Lonza). These technologies exploit the activity of mycoplasmal enzymes found in the most common mycoplasma species that contaminate cell culture and the vast majority of the 180 identified mycoplasma species. The technique can easily be conducted in-lab, and the principle is straightforward, requiring no DNA extraction. Mycoplasma in the test sample (normally cell supernatant/fresh media) are lysed, and reaction of specific enzymes only found in mycoplasma with the kit substrate is what drives the conversion of ADP to ATP, giving off the bioluminescent signal. A reading is taken both before and after the addition of the substrate, in order for a ratio to be determined which indicates the presence of mycoplasma. If a determined threshold is met or exceeded, then the sample is said to be positive. Where agar culture testing can take up to 4 weeks, the luciferase based assay takes just 20 minutes. In addition, the conversion of ADP to ATP in the presence of added substrate means only live mycoplasmas are being tested for, eliminating the kind of false positives that can be achieved when using PCR for detection. It is the optimisation of novel methods like these that allows for the inclusion of mycoplasma testing as part of weekly cell culture technique, which will lead to an increase in sample integrity and quality, and can greatly increase the publishability of research. 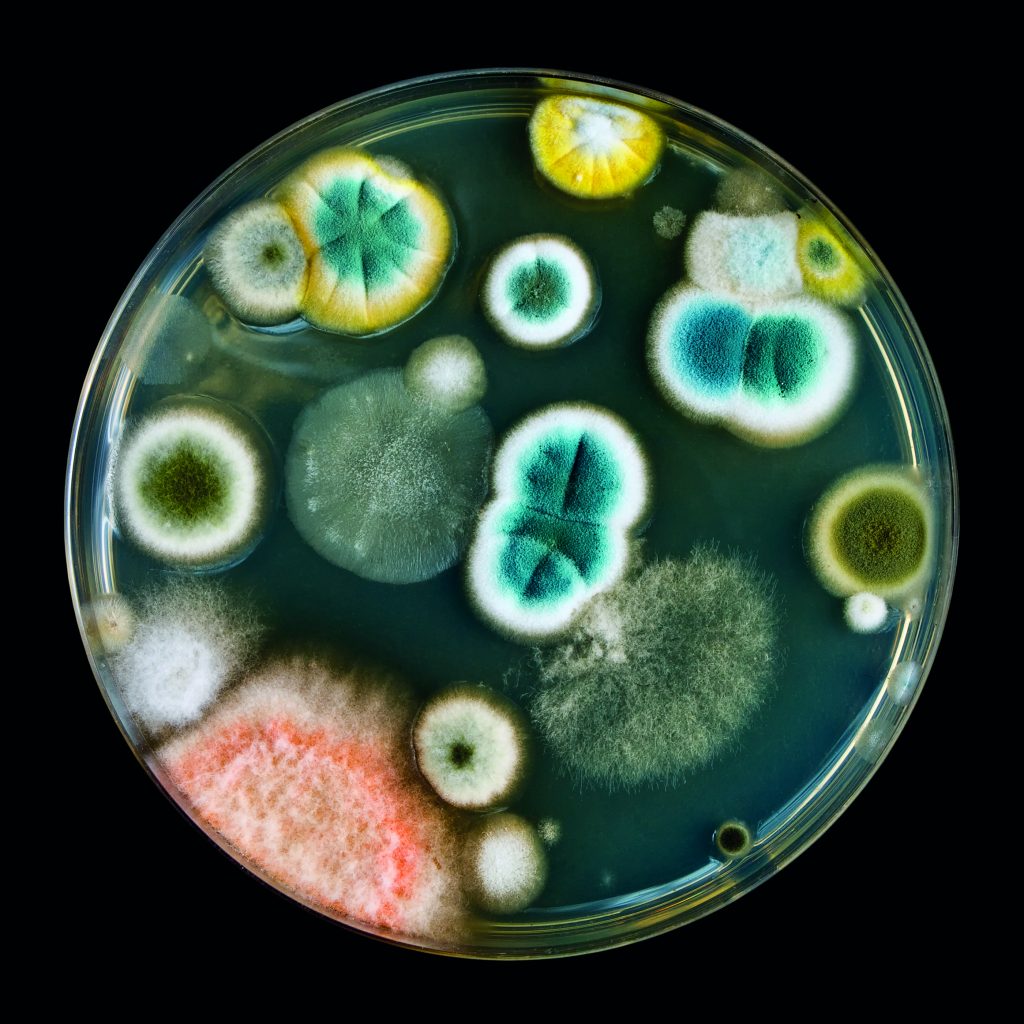 It is much harder to detect mycoplasma contamination compared to other bacterial or fungal contaminations.[/caption]

In many cases, following positive identification of contamination, the cell culture will simply be discarded and a new one started. This is not always an option, however, especially for precious cell samples that are difficult to source or require a long time to grow. With regards to elimination, there are many antibiotics that are effective against mycoplasma species, such as neomycin, tetracycline and gentamicin. These however are restricted to the species they are able to treat, and only work to suppress mycoplasma growth (meaning discontinuation of antibiotic treatment will lead to an increase in mycoplasma concentration). In addition, studies have identified high levels of bacterial resistance against antibiotics – 80% in the case of gentamycin – meaning their use alone is insufficient for the effective elimination of mycoplasma.

Effective elimination reagents can be obtained commercially and can be effective in combining biophysical treatment with antibiotics for tackling contamination. Solutions like these often have minimal effects on mammalian cells in terms of toxicity, and are universal – eliminating the vast majority of Mollicute species from culture. Once the procedure is complete, testing can confirm the removal of mycoplasma species from culture. It is also worth considering the inclusion of effective antibiotics in routine cell culture, in order to reduce the incidence of contamination. Turning your back on mycoplasma contamination awareness within your laboratory can lead to serious implications with regards to research and sample quality. Because mycoplasma activity has been shown to affect almost every facet of a cell’s metabolism, their presence can render even statistically significant observations invalid, as the reach of their influence is still being discovered. Methods for the proper identification and elimination/prevention of contamination have come a long way, meaning they can now be incorporated into weekly routines with minimal additional time added to laboratory workflows. University laboratories are to take note in particular, since they are often frequented by junior laboratory personnel and the swapping of cultures is commonplace. Mycoplasma can be a real pain in the neck for cell culturists, but science is providing tools and technologies to enable scientists to tame these miniscule trouble makers once and for all. 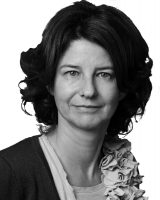