Your head or your gut?

The makeup of the microbial world in the gut is increasingly recognised as a potential link to the development of the debilitating neurological disease multiple sclerosis. Bacteria have been the major focus but could other players be involved? 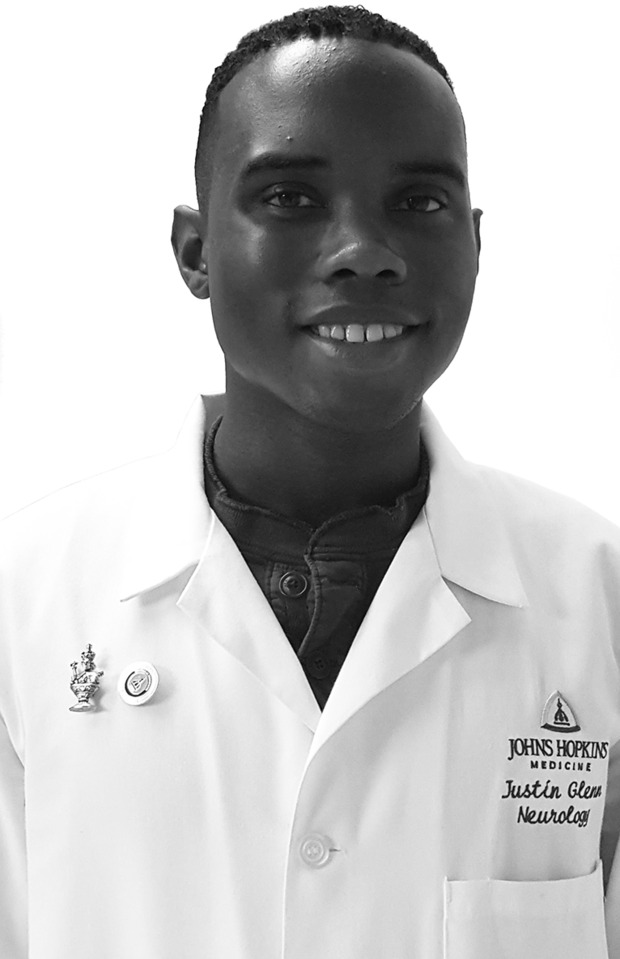 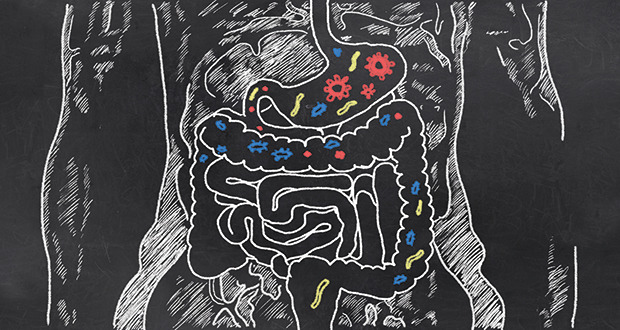 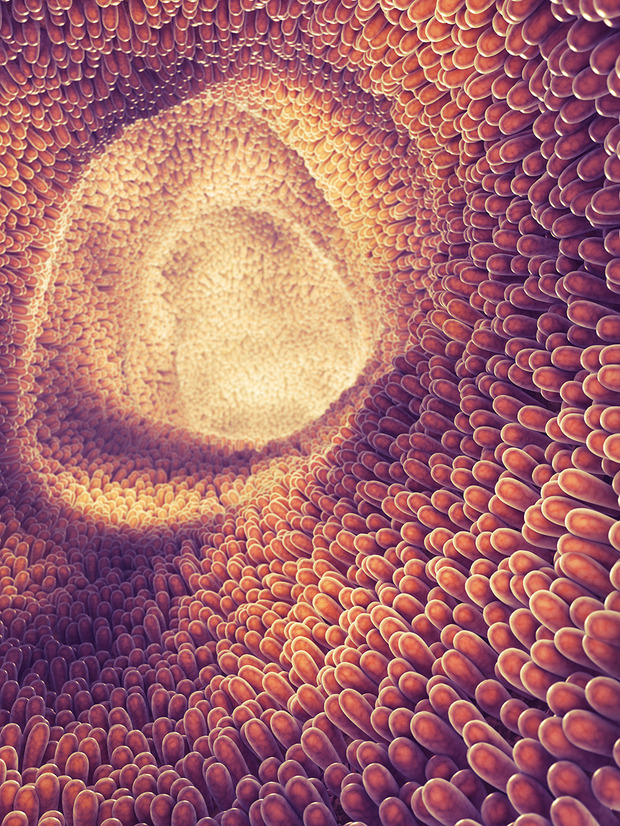 The makeup of the microbial world in the gut is increasingly recognised as a potential link to the development of the debilitating neurological disease multiple sclerosis. Bacteria have been the major focus but could other players be involved?

The human gut comprises an immense sprawling microcosm of cells from different kingdoms that congregate for mutual benefit and survival. Microbial entities that populate the gut, mainly ectopic to the intestinal epithelial cells, include those of archaea, prokarya, and viruses. The sum microbial collection of an anatomical area is known as its microbiota, while the entire genetic makeup of that microbiota is referred to as its microbiome. The adult human intestine is inhabited by 100 trillion microbes and its microbiome contains at minimum 100 times the number of genes of the human genome¹!

Though trillions of bacteria populate the gut, only 8 of 55 known bacterial divisions are found there. Most of the inhabitants are of the Cytophaga-Flavobacterium-Bacteroides (CFB) and Firmicutes divisions¹,². Within the gut bacterial microbiome are genes that not only promote their own survival and growth but also code for products that are indispensable for human health. Gut bacterial products can promote proper gut barrier function by ensuring normal development of the intestinal structures, are involved in the metabolism of therapeutic drugs, limit the composition and density of the gut microbiota by ensuring proper immune system development, and play crucial roles in breaking down complex dietary carbohydrates into short-chain fatty acids (SCFAs). Gut bacteria exert effects on almost every organ in the body and have been shown to affect intestinal blood vessel formation, influence lung anti-viral immunity, reduce synaptic connectivity, and regulate hepatic metabolism, among many other tasks.

Cross-regulation of gut host epithelial and immune cells and non-host gut microbes is of crucial importance for the sustainment of both populations, and imbalances of control can result in deleterious consequences such as defective nutrient absorption or autoimmune disease development. Autoimmune pathogenesis is defined as disease resulting from host immune cells activated to mount inappropriate responses against self. Examples of autoimmune disease include systemic lupus erythematosus, rheumatoid arthritis, type-1 diabetes, and multiple sclerosis (MS).

Though trillions of bacteria populate the gut, only 8 of 55 known bacterial divisions are found there.

MS is the most common neurological disease of young people with more than 2.3 million people affected worldwide³. It is defined as a chronic inflammatory autoimmune disease of the central nervous system (CNS) in which myelin sheaths are targeted for attack by host immune cells. Myelin sheaths produced by cells called oligodendrocytes wrap around neuronal axons and accelerate electrical conduction along the axon while also protecting it from potentially harmful insults. As a result of myelin targeting and degradation by the body’s immune system in MS, axons degenerate and neurons eventually die off. This is manifested clinically by a range of symptoms which most commonly include visual and motor defects. MS is thought to principally be a disease of the Western world and, as with other autoimmune diseases, has an increased female: male ratio that is steadily growing. A multitude of environmental components are linked to increased risk of developing MS, such as increased distance from the equator and decreased sunlight exposure, lowered vitamin D levels and metabolism, cigarette smoking, obesity, and viral infection, among others?. Since the incidence of MS is growing worldwide, intensive effort is being placed into investigating additional environmental contributions to MS pathogenesis such as gut microbiota.

Studies exploring the role of gut bacteria and MS began in pre-clinical laboratories that investigated cellular and molecular mechanisms of the disease in a common mouse model of MS known as experimental autoimmune encephalomyelitis (EAE). In EAE, mice are immunised with a large amount of a CNS self-peptide, usually a myelin peptide along with a bacterial adjuvant. T cells specific to myelin become activated and migrate to the brain and spinal cord where they attack myelin and recruit additional immune cells to contribute to the insult. This is manifested as a characteristic ascending paralysis that can be partitioned into stages of severity on a point system.

MS is thought to principally be a disease of the Western world and, as with other autoimmune diseases, has an increased female: male ratio that is steadily growing.

Researchers first noticed that mice devoid of microbes were resistant to developing spontaneous or administered EAE?,?. This was attributed to an inability of T cells to adopt disease-causing phenotypes important for CNS invasion and pathogenesis. Remarkably, colonization of these mice with a specific type of bacterium, known as segmented filamentous bacterium, in the gut restored EAE pathogenesis – presumably by stimulating gut dendritic cells to activate CNS-specific T cells. Antibiotic treatment in mice also suppresses EAE and leads to induction of regulatory T cells which suppress pro-inflammatory responses?,?. In addition, some bacterial species protect against central nervous system autoimmune disease in pre-clinical studies. Treatment with Bifidobacterium bifidum, Lactobacillus, and Streptococcus thermophiles all reduced EAE severity in mice?. Bacteroides fragilis, a Bacteroides member found in the normal human gut, was also shown to protect mice against EAE by producing polysaccharide A which induced formation of regulatory T cells?. 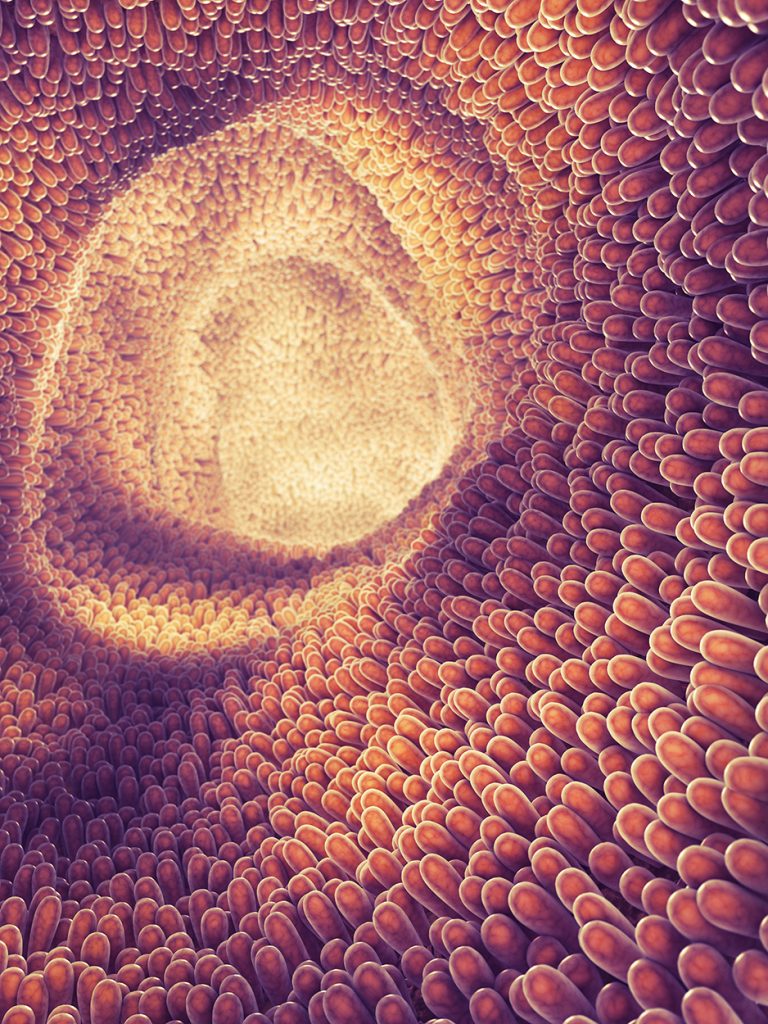 Scientists are discovering more how gut bacteria is linked to health in a number of different ways.[/caption]

These pre-clinical studies harken back to the crucial role of gut bacteria in normal development and regulation of the immune system and present potential mechanisms by which gut microbiome alteration may predispose to or protect against MS-like disease. In humans, several potential modes of bacterial alteration and how they could predispose to MS have been explored. First, the vaginal canal is an important early source of bacteria for the newborn gut and case-controlled studies show that caesarian section as a mode of delivery may result in abnormal immune system development and increased risk of MS¹?. Breast milk is a plentiful source of beneficial bacteria for infants, and includes staphylocci, streptococci, lactic acid bacteria, propionic bacteria; Lactobacillus, Staphylococcus, and Bifidobacterium have been shown to be transferred to infants through breast milk¹¹. These bacteria are thought to prevent disease-causing bacteria from colonising the gut, promote normal immune system development, and improve the function of the intestinal wall. One study extrapolates that people that developed MS were breastfed for a shorter time period than non-MS persons¹¹. These studies definitely merit a deeper look into how early gut microbial establishment may predispose to MS.

Recently, several exploratory investigations showed that people with MS harbored lower levels of certain gut bacteria from both phyla Bacteroidetes and Firmicutes?. In one study, some MS patients were administered vitamin D and this led to an increase in some Firmicutes phylum members¹². Importantly, some Firmicutes phylum members produce SCFAs (such as butyrate) which suppress immune responses and Bacteroides (such as B. fragilis) may suppress immune responses via polysaccharide A production. Moreover, bacterial toxins may be associated with MS as Rumah and colleagues reported identification of Clostridium perfringens type B in an MS patient and higher immune reactivity to its toxin known as epsilon toxin¹³. Epsilon toxin is able to cross the blood-brain barrier, bind to oligodendrocytes, and cause them to commit suicide in a process known as apoptosis; this process is known to cause CNS disease in ruminant animals. When they analysed the serum and cerebrospinal fluid from a well-studied MS cohort they found heightened immune reactivity to epsilon toxin compared to non-MS counterparts. This suggests that C. perfringens and epsilon toxin exposure may be linked to MS pathogenesis.

One study has shown a difference in bacteriophage levels and an autoimmune disease.

To date, the bacterial component of the gut microbiome has garnered the most popularity in study and attention due in part to ease of fecal sample collection, emerging technologies on bacterial genomics, and association of specific bacterial species with disease. However viruses that prey on bacteria, also known as bacteriophages (phages for short), have been given just a flicker of attention but are even more bountiful as they may be isolated at 109 virus-like particles per gram of human faeces and inhabit upwards of 104 gut bacterial cells. Phages and bacteria engage in complex interactions that usually culminate in cross-regulation of each other. For example, bacteria can mount their own anti-viral immunity against phages using a system, now popular the world over in laboratory science, known as CRISPR (clustered regularly interspaced short palindromic repeats). This clever scheme involves the introduction of foreign phage DNA into short bacterial DNA repeats in the genome. When a phage injects its DNA into the bacterium, the bacterium shuttles this DNA to a complementary phage sequence saved in its genome and proceeds to cleave the intruding sequence and thus evades infection.

If the bacterium is unable to fend off the virus, phages may cause bacterial death or introduce foreign DNA into the bacterial genome. In the latter scenario, phages may introduce DNA from a previously infected bacterium and thus potentially introduce novel genes or disrupt bacterial genes. The outcome of this may influence the ability of the bacterium to cause disease, as the bacterium may become resistant to host defenses or be endowed with new toxins. One study has shown a difference in bacteriophage levels and an autoimmune disease. Lepage and colleagues showed an increased abundance of Caudovirales bacteriophages in the colonic mucosa of patients with Crohn’s disease (an autoimmune digestive tract disease) when compared to non-Crohn’s persons¹?. This finding warrants further study into a potential link of gut phages and other autoimmune diseases such as MS.

As stated previously, phages are another form of bacterial regulation in the gut, and as such their activity could affect bacterial dynamics which could translate into MS pre-disposition. For example, phages could selectively infect a beneficial bacterial strain to induce bacterial death and result in a relative dearth of that strain in the gut. Or they could introduce new genes and toxins acquired from other bacterial strain types thereby converting a benign or beneficial bacteria into a pathogenic one.  It is also possible that pathogenic bacteria, such as C. pefringens, could be beneficially targeted by a phage. Simple introduction of probiotic bacteria through consumption has gained traction in recent years, but without additional intervention those introduced may not be able to successfully colonise the gut. Dietary changes to increase the levels of SCFAs may also aid in lowering inflammation and potentially counter MS pathogenesis, as preclinical studies in mice show that SCFAs ameliorate EAE and promote regulatory T cell formation while middle-and-long chain fatty acids promoted inflammation and EAE¹?.

Much work remains to be done but these preliminary studies suggest that SCFA-producing and immunosuppressive gut bacteria levels may be an important nexus in MS development. The levels and activities of gut phages should also be explored as they could be prove to be a successful target of regulation for therapeutic intervention.

Author: Dr Justin D. Glenn is a post-doctoral research fellow in the Division of Neuroimmunology and Neurological Infections in the Department of Neurology at Johns Hopkins University School of Medicine in Baltimore, Maryland, United States.