The prognosis of UK pathology services

NHS pathology laboratories are under immense pressure to do more with less or face closure. Yet it is precisely these vital services which will be key to improving healthcare in the UK – so what’s going on? 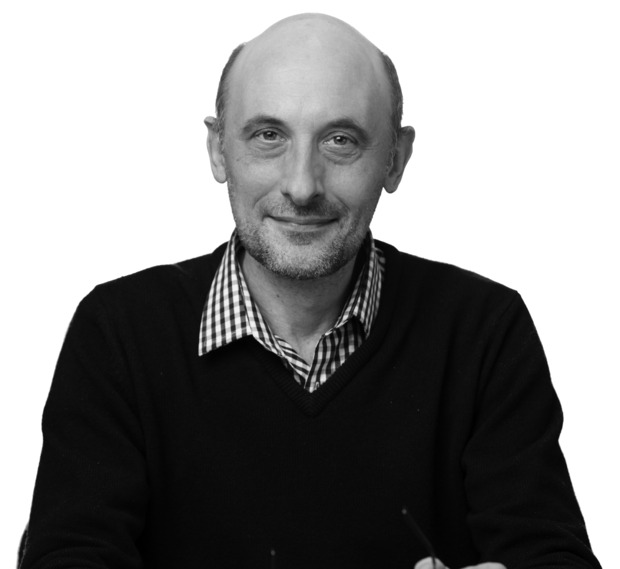 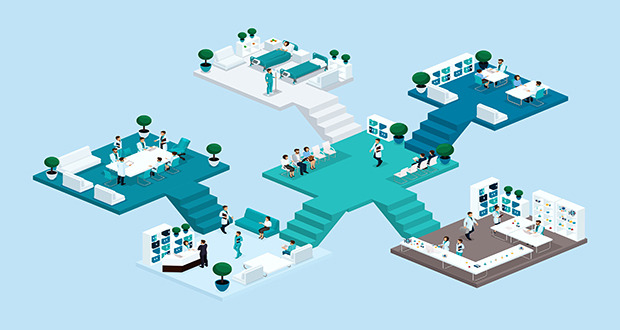 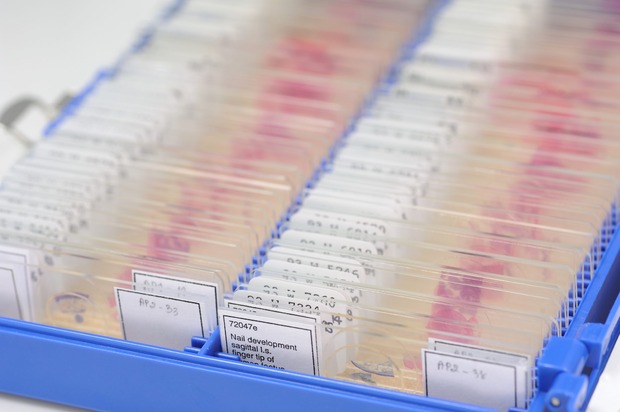 NHS pathology laboratories are under immense pressure to do more with less or face closure. Yet it is precisely these vital services which will be key to improving healthcare in the UK – so what’s going on? Armed with an FOI request and some independent research, Paul Lindsell tries to find some answers…

Following on from Lord Carters Pathology Report of February 2016¹, NHS Improvement issued a letter² to all acute NHS Trusts indicating that pathology services should reach standard performance targets or face consolidation on a regional basis. While there is room for reform and greater efficiency in many aspects of the NHS, we believe that this approach does not take account of the growing strategic value of pathology services. Health service provision faces a crisis where simply struggling to treat the rising tide of presented conditions is clearly unsustainable. Strategic reform involves redesigning the health service to create more ‘well societies’, where the need for healthcare consumption is reduced through early diagnosis, intervention, information and prevention. In such a newly designed structure, pathology takes on a strategic role which – if anything – demands greater investment, rather than financial capping.

The NHS is charged with achieving ‘efficiency savings’ targets without undermining the quality of patient care and outcomes.Whether or not one agrees with the notion of such targets, and regardless of views on their viability and achievability, they exist and are a commitment from the central authorities³. As such, there is a burning need to find areas of healthcare where greater investment may help reduce the requirement for other (more expensive) therapies and interventions down the line. Patient diagnostics is widely recognised to be an area where improvements can have a disproportionately positive impact on patient outcomes, duration of treatment and overall cost?. There are three areas where such improvement may be sought: accuracy and reliability of testing; speed of results; and access to results by clinicians and care professionals. Logically, it should therefore surely be an area for disproportionately higher allocation of resources. In fact, this is not the case.

Investments now generally have to be made on a ‘spend-to-save business’ case. This has given rise to pioneer NHS trusts acting on the simple logic that improvements in pathology services produce better patient outcomes, help minimise the amount of ‘treatment’ each patient consumes, and help contain and reduce costs. To quote just one Trust’s laboratory initiative, “Getting faster, more accurate microbiology results saves lives as it means we can provide the best treatment sooner?.” Further recognition of the impact and return on investment from improved laboratory services is witnessed by the emergence of spin-off joint ventures between trusts and commercial partners?.

Interestingly, a Freedom of Information (FOI) enquiry was recently put to NHS Improvement? asking which NHS Trusts do not currently meet the 1.6% cost of service to Trust operating expenditure target as set out by the Carter report. The answer, rather puzzlingly, stated that NHS Improvement did not hold the information requested, but that it was planned to gather this information in the future. Perhaps, this means that radical action on enforced consolidation cannot happen very quickly (certainly not by the suggested deadline of April 2017) – without basic evidence on performance levels – leaving room for alternative solutions to be explored.

On a positive note, though, the Pathology Modernisation Programme and the Carter Review? do both recognise the need for a change of scale for pathology services with a focus on internal efficiencies within the test production process. In other words, demand for pathology services rises with overall increasing demand for healthcare, and improvements are needed simply to manage current requirements?.

Although one of several factors, TAT is a fundamental enabler – providing more test results, more quickly, back into clinicians’ hands

In order to bring more substance to the debate over the future of pathology services, we reviewed one particular aspect of laboratory services efficiency – test turnaround times (TAT). Although one of several factors, TAT is a fundamental enabler – providing more test results, more quickly, back into clinicians’ hands. Our research included laboratory and chemistry manager interviews where we discussed their views on the role played by turnaround time improvement on the overall improvement in pathology service performance. Whilst respondents were commenting on this issue as it applied to emergency, acute treatment, chronic condition management and long-term stay environments, anecdotal comments from those interviewed indicate their perception that TAT improvement benefits are most keenly felt in A&E. 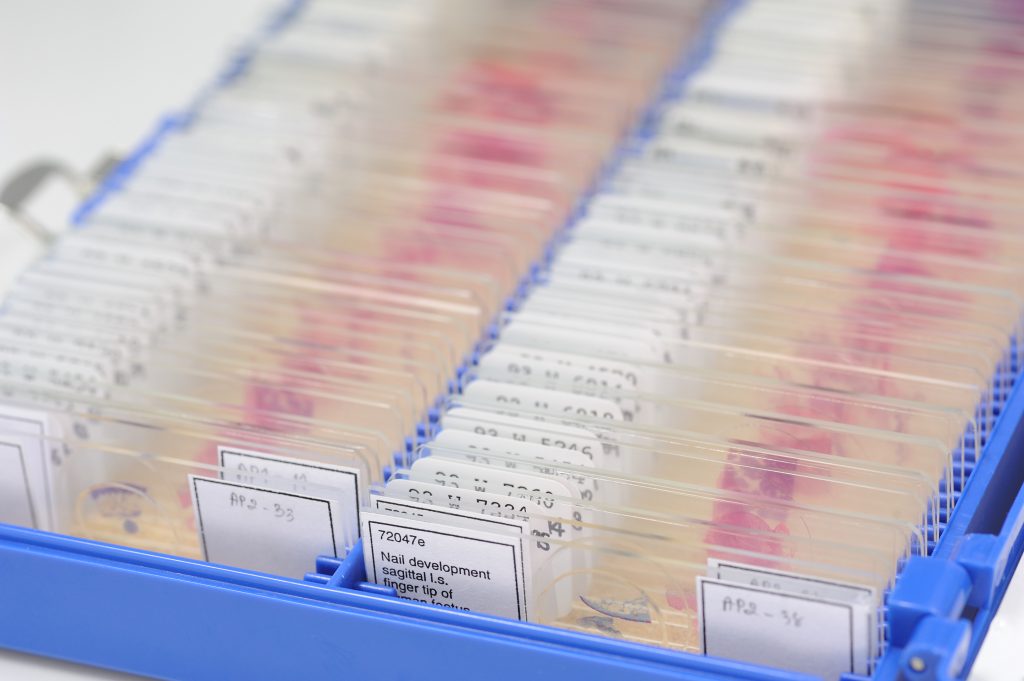 Turnaround time is an important part of measuring laboratories' efficiency.[/caption]

The results reveal that, out of a list of 15 key aspects of laboratory services, “Inpatient STAT TAT” is viewed as the most important service to clinicians. Routine test TAT was also in the top five aspects of laboratory service considered by laboratory managers to be most important to clinicians, along with critical value notification, quality/reliability of results, and accessibility of pathologists. Perhaps of equal value to the research is the anecdotal evidence that was also gathered during the interviews. The overwhelming majority of laboratory managers interviewed were very eloquent in their views on the importance of test TAT to them, and the positive impact on the patient pathway of being able to reduce TAT.

Therefore, one of the main arguments emerging from our study is that there is room for TAT improvement, without any loss of test result quality, through procedural and technological improvements in the laboratory network as it currently stands. Laboratory mergers and consolidation should not be considered before stand-alone TAT improvement initiatives have been exhausted. To this extent, we agree with the response to Lord Carter by the Royal College of Pathologists¹?.

It is not as if the official review process has not itself acknowledged this point. In 2008, Lord Carter¹¹ stated that “a small investment in pathology services can disproportionately improve the quality and lower the total cost of a healthcare encounter”. It is clear that investment is required in order to significantly reduce test TAT, and hospital laboratories should be looking to the range of innovative new technologies now available to help them achieve the KPIs set by The Royal College of Pathologists. In fact, the importance of embracing innovation is a key message of the report, which makes it clear that “providing services which are swift to adopt innovative technology and practices, where effectiveness is proven” is a key aspect of the authors’ vision for NHS pathology putting patients first. The authors also “recommend that the Department of Health identifies ways to facilitate the adoption of innovation in pathology.”

But, as well as innovation being of benefit to the laboratory testing setting, it would be wise to review the full test process – from sample to result – in order to ensure that any new technologies or measures adopted are of maximum benefit. As one laboratory manager explains: “I agree with the notion that improved test turnaround times would have a big impact on effectiveness to serve people. However, rather than looking at the mere turnaround time of the tests in the laboratory, we are looking at improving the whole process... It is important to optimise the whole process in order to keep patients as happy as possible.”

Of course, the true impact of pathology services can only be properly appreciated when tracked from laboratory performance through to improved patient outcomes

Evidently laboratories in the acute setting are very aware of the importance of providing a fast but high quality service to clinicians, in order to deliver the highest quality of care to patients. Being able to achieve this at a time of increased cost pressures and efficiency expectations is certainly a challenge to laboratory managers, however, as one of the studies¹² discussed above mentions, “length of stay in the emergency department can be significantly reduced by simple changes to pathology processes.” Of course, the true impact of pathology services can only be properly appreciated when tracked from laboratory performance through to improved patient outcomes.

It is important to highlight that the Report of the Second Phase of the Independent Review of NHS Pathology Services in England notes¹³: “Innovation in pathology may bring greater benefits for other service specialties, so it will be important to base evaluations on the impact across the individual’s entire pathway through care.” The above discussion has shown that key improvements to laboratory processes can have a lasting impact on a patient’s acute care journey. Resorting to laboratory mergers should be the last, not the first, strategy – and only once initiatives to improve process and technology have been exhausted. 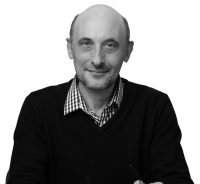 Author: Paul Lindsell is Managing Director of MindMetre Research, a research company that monitors trends in the healthcare sector