Two female scientists, who discovered the gene editing technique CRISPR, have suffered a major blow with their claim in the US to legal rights over the invention.

The Federal Patent Trial and Appeal Board has ruled in favour of researcher Feng Zhang, working at The Broad Institute in a competing claim. The board ruled that Zhang’s claim for ownership CRISPR did not interfere with those of Jennifer Doudna and Emmanuelle Charpentier.

A war of attrition between the two sides – UC Berkeley for Doudna and Charpentier and The Broad, based in Cambridge, Massachusetts, for Zhang looks certain. With a wink and nod to California’s historic links to gold prospecting, Robert Feldman, a leading US patent lawyer speaking to the LA Times said: “CRISPR is a gold mine and that is why we are seeing a gold rush here.”

The dispute is likely to relegate the tortured dispute between Luc Montagnier and Bruno Robert over the rights to the techniques used in isolating the HIV virus to a mere skirmish. It’s not simply about the glory associated with one of the greatest life-science inventions ever because it is probably that the three researchers will in the future share in a Nobel Prize. The fight is for control of CRISPR’s applications, ethics and licencing in the long term.

In 2012 UC Berkeley and the University of Vienna, where Charpentier worked at the time, filed patent claims to the general CRISP-Cas9 technology – opening up the lucrative licensing system in favour of Berkeley.

Doudna and Charpentier showed with their initial breakthrough that they could alter genes in prokaryotic cells using the CRISPR-Cas9 combination but Feng Zhang crashed the party by showing he could use CRISPR in eukaryotic cells  – the types which make up plants and animals.

The Broad Institute filed a patent for Zhang’s findings in October 2013, a few months after the Berkeley group filed. It was first blood to the Broad whose patent application was less intricate and was fast tracked through. A patent was issued as recently as April 2014. The UC Berkeley group then filed what’s known legally as “an interference”, arguing that the Broad’s patent should never have been granted in the first place.

But the most lucrative applications of CRISPR will be in eukaryotic cells, as these are the ones involved in the context of human health.

The Berkeley group argue that anyone with a reasonable amount of scientific skill could go from the gene-editing applications of CRISPR which Doudna and Charpentier outlined in their 2012 paper to applications in eukaryotic cells – ans as such the Broad Institute would not be deserving of distinct patents.

The Broad countered that these applications were not obvious and were entitled to claim different patents. Lawyers for the Broad cited Doudna’s earlier public statements that the group was having trouble getting CRISPR to work in eukaryotic cells.

In a statement after the decision last week, The Broad Institute said: “We believe CRISPR should continue to be available to the global scientific community to advance our understanding of the biology and treatment of human disease, and to help lay the groundwork for a new generation of therapies.”

“The US Patent Office has to date issued about 50 patents connected to the CRISPR system. Fourteen are owned by They Broad. UC Berkeley did not challenge patents awarded to other institutions, which largely cover narrower and more specific CRISPR innovations.

But UC Berkeley’s disagrees – its statement warned of more court drama. “We continue to believe that the use of the CRISPR-Cas9 system in eukaryotic cells is not separately patentable from the general application of the CRISPR-Cas9 system in any cell type, as invented and claimed by the group led by Doudna and Charpentier.  We will carefully be considering all possible legal options.”

A negotiated settlement might be the sensible way forward, but patent attorney Robert Feldman says that’s not likely any time soon. “There’s too much bad blood between the parties and too much money at stake. When you have economic implications of this magnitude and this level of animosity, it pushes people to fight to the death,” he said in the LA Times.

But does it really matter who technically owns CRISPR? The Chinese, have started human trials using CRISPR Cas9 virus derivatives, effectively raising a middle finger to the US patent lawyers and judges. 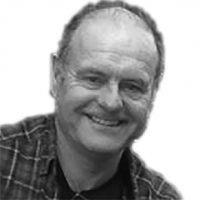