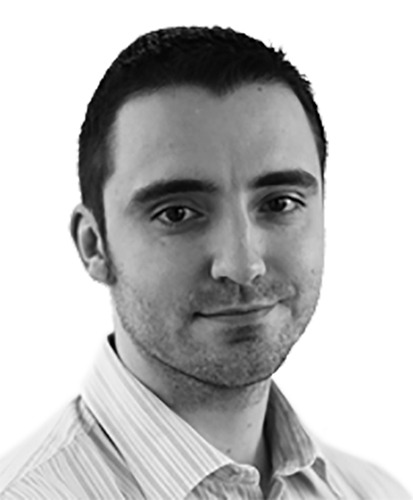 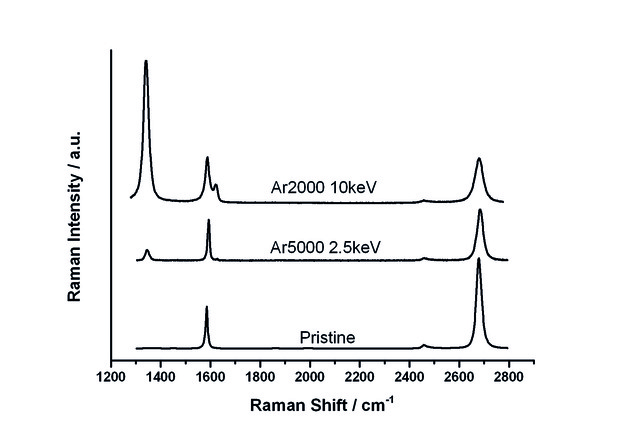 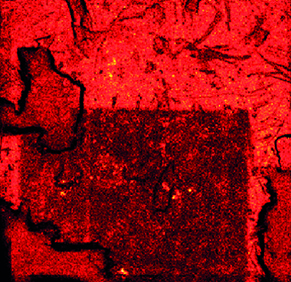 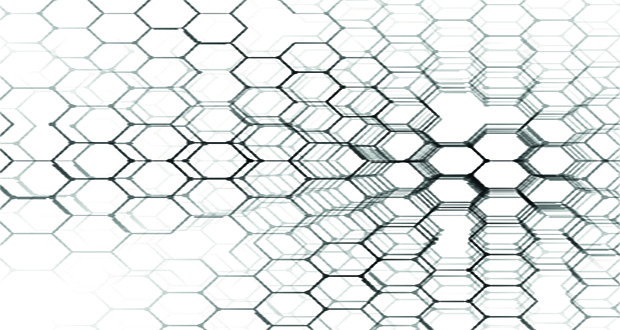 Never has materials science had such a high profile – something almost entirely down to the advances made with graphene. Yet, where is it all? One of the snags to a flood of graphene applications is the way it is currently produced...but that is set to change says Dr Andrew Pollard Graphene is the wonder material touted as a game-changer for many different application areas and global markets. Yet its inability to immediately change our world for the better has drawn criticism from some circles. A discovery is one thing, but turning that into an applied technology can take time. Silicon and aluminium, both discovered in the 1820s, are materials that didn’t fulfil their potential until well into the 20th Century. So the fact that graphene sheets are already being produced on the metre scale is actually well ahead of what history tells us is the development timeline for such innovations.

So how can we continue this pace of development and fulfil the expectations of industry and the general public? One of the key stumbling blocks is not a scientific one, but an engineering problem. Dealing with materials on the atomic scale and effectively creating them to specification is incredibly tricky. Production of a graphene sheet – a structure one atom thick – is an extremely complicated process to manage. To understand this scale of thickness, you would need around three million sheets of graphene to create a 1mm thick layer. On top of this, every single atom is at the surface of the material, making the entire sheet susceptible to contaminants. And, finally, couple this with the dominant process by which graphene sheets are made – chemical vapour deposition (CVD) – and the production and use of graphene sheets becomes a complex and finely balanced process, plagued by the interference of unwanted materials which diminish its properties.

CVD growth of graphene uses a metal, typically copper, at high temperature, upon which gaseous carbon molecules will break-up and connect to each other to form a hexagonal carbon lattice - hence ‘growing’ a graphene sheet. A polymer film is then deposited onto the graphene so it can be handled when it is removed from the copper. Using this polymer support, the graphene sheet is ‘stamped’ onto the surface of the material or device of the actual application where the graphene sheet is required. A chemical process is then used to try to remove the sacrificial polymer layer from the graphene. While this process does work, polymer residue is always left on the surface of the graphene sheet, often adding more carbon atoms than are present in the graphene itself (figure 1). This severely affects the electrical properties of graphene. Given one of the key selling points of the material is that it has the highest electrical conductivity known when in its purest state, it could be argued that a graphene sheet with defects, impurities or contamination becomes irrelevant when there are other, easier to use conductive materials.

Figure 1: a. Image of a polymer-coated graphene sheet. The lighter the colour, the more polymer is present. b. A 3D visualisation of the same image, with yellow representing the polymer layer attached to the graphene. Images were obtained using time-of-flight secondary ion mass spectrometry (ToF-SIMS).[/caption]

This is the current challenge facing the graphene industry. How do you create a graphene sheet without the polymer contamination inherent to the CVD process after the transfer? All of the polymer needs to be removed, without impacting the structure of the sheet. Using chemical processes, such as solvents, to remove the polymer may be scalable, but doesn’t get rid of all of it, effectively creating ‘speed bumps’ for the electrons flowing along the material, reducing conductivity significantly. Using an oxygen plasma is another way of removing polymer residue, but it can etch the sheet and affect its structure, changing it from an amazing material to just a good one. There are other methods that have been tried but also have issues such as their inappropriateness for use at mass scales.

To overcome these problems, the National Physical Laboratory has looked towards the existing silicon wafer industry to inspire a solution. That sector has been using a technique where clusters of argon gas are fired towards inorganic silicon wafers, cleaning them of organic material without damaging the underlying silicon. This process has become standard in the industry, allowing for the large-scale processing of silicon chips that perform to expectations. Such functionality – removal of organic material while retaining an underlying inorganic structure – can be directly applied to the process of removing polymer material from graphene.

To test this hypothesis, we targeted pristine graphene (with no defects or polymer residue) with argon gas clusters, varying in ion size, kinetic energy and dosage (amount of clusters), to examine the levels of graphene damage and also to detect any difference damage caused by changing the variables (figure 2). 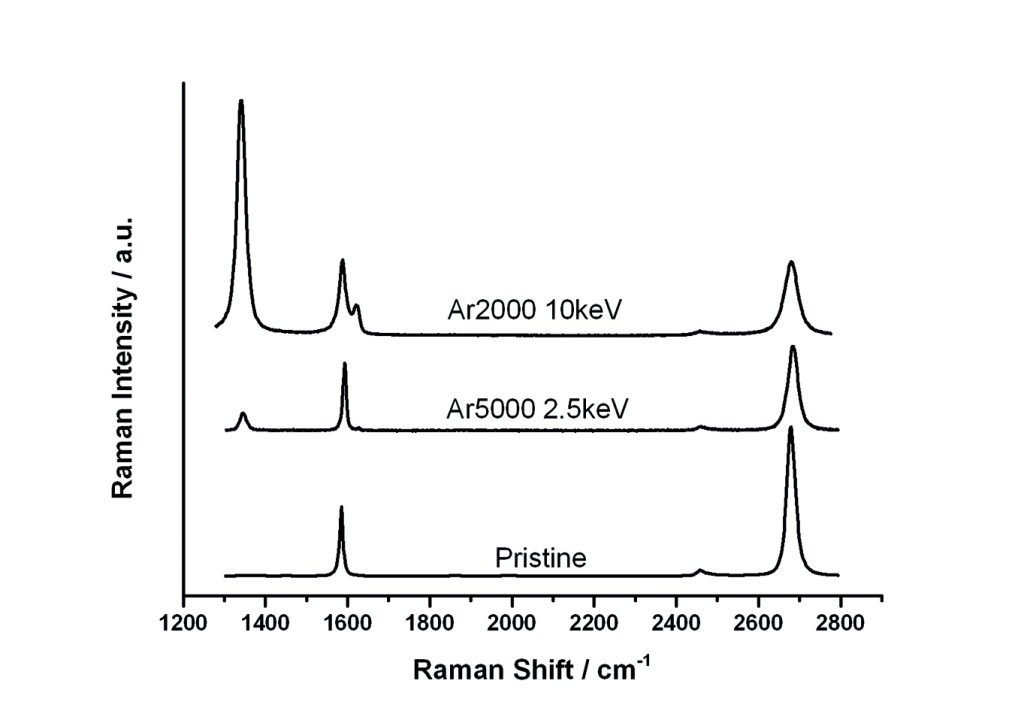 Figure 2: Raman spectra comparing the levels of damage done to a graphene sheet (that did not initially have any polymer present) after a high dose of argon gas clusters of different kinetic energies and sizes. The top line shows a smaller but higher energy cluster; the middle line a lower energy but larger cluster; the bottom line shows a graphene sheet that was not sputtered. The larger the size of the left hand peak the larger the degradation in the lattice structure of the graphene.[/caption]

By doing this, we found a suitable range of settings that did little damage to the graphene structure; in short, lowering the kinetic energy per atom of the clusters reduces the amount of defects created in the graphene structure. At the same time, these larger, lower energy clusters could be used to controllably remove the polymer residue left after the transfer of the CVD-grown graphene (figure 3.) In addition, the argon gas sputtering does no damage to the graphene sheet unless the sputtering continues after the polymer contamination is removed. This lays the groundwork for a system which manages this ‘sputtering’ process so polymers can be fully removed with little to no effect on the sheet it sits upon, even for large-scale graphene production. 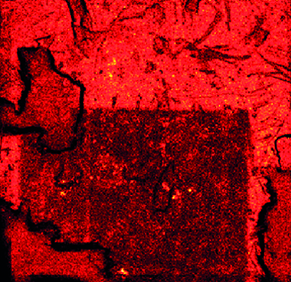 Figure 3 (Top Right): Image of a 7 × 7 mm graphene sheet with polymer residue after a region has been targeted by argon gas cluster ‘sputtering’. The lighter red areas show greater polymer present, with an obvious reduction in polymer in the region targeted in the lower half of the image.[/caption]

It is worth noting that this research examined the structural damage caused by using an argon gas cluster sputtering technique. The next step for industry is to understand how the small levels of damage affect the electrical properties of the sheet, as well as comparing these results to measurements of graphene conductivity taken after other polymer removal processes have been used. This will lay out the performance benchmarks for various polymer removal processes, helping overcome the engineering issue behind graphene sheet production with clear data on the effects of each method used.

With this in place, we can take a big step towards the mass introduction of graphene and, at the same time, reach the high expectations of a general public that has rarely been so engaged in scientific discovery, delivering new and innovative consumer and industrial electronics for the benefit of all. 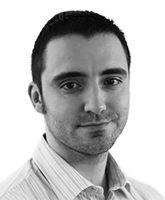