SmartLAB made its debut in 2015, and is the product of more than 10 companies working together to design the laboratories of tomorrow. Due to make another appearance at LABVOLUTION in mid-May, we ask Sascha Beutel, smartLAB project leader at Hannover University, about SmartLAB 4.0. 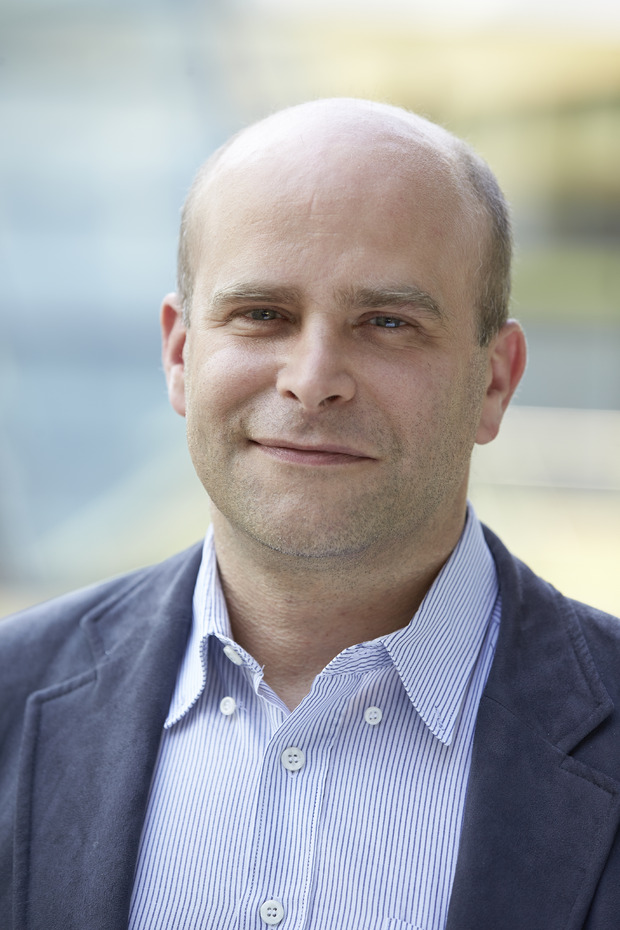 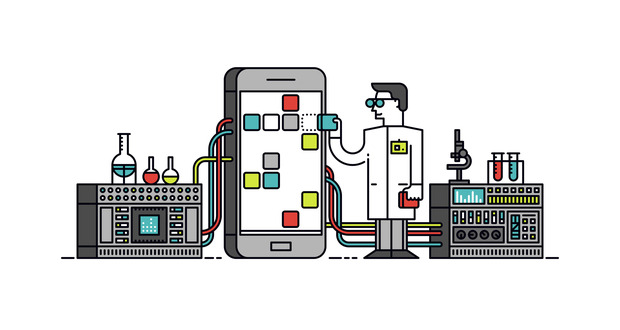 SmartLAB made its debut in 2015, and is the product of more than 10 companies working together to design the laboratories of tomorrow. Due to make another appearance at LABVOLUTION in mid-May, we ask Sascha Beutel, smartLAB project leader at Hannover University, about SmartLAB 4.0.

So what exactly is smartLAB? The smartLAB is a visionary project which aims to depict possibilities, chances and risks for a smart lab-infrastructure. This means that the whole setup is digitally supported, organised by a central LIMS-system (lab information management system) accompanied with an ELN (electronic lab notebook) to facilitate a structured archiving of experimental data. All lab equipment is digitally supported and able to communicate bidirectionally with the LIMS, independent of the interface and driver protocols. Interaction of the lab-worker takes place by special frontend-systems e.g. the LabGlasses, a combination of lab safety glasses and data goggles, which at the same time enables augmented reality functions as well as a video documentation of experiments.

The lab benches are modular, enabling an adaptation of the working space to specific needs (ballroom concept). Several of the modules are functionalised with special surface structures as well as integrated devices as balances, stirrers or sensors to provide a free surface for the chemical work while at the same time not losing important lab functions. Further modern technologies e.g. robotics or 3D-printing are also part of the smartLAB. The integrated robot is certified for man-machine-interaction and is used to carry out reproductive tasks for the lab worker. 3D-printing is used for the production of customised lab equipment and could prospectively also be used in future to produce disposable plastic material on demand.

How was smartLAB received at its unveiling in 2015? The first smartLAB presentation was at the Labvolution 2015, where the first stage of the smartLAB was shown. The visitors were highly interested in solutions for a digital support of conventional lab infrastructure and several visitors were even interested in directly purchasing the whole setup. As this was and is a visionary approach to show “what could already be possible”, people were impressed by all the different adapted techniques and ideas which will be able to support and ease the work in labs.

Two years after it was unveiled, how has it been updated? The smartLAB-presentation of 2015 showed the basic setup and approach we invented for the lab infrastructure. This year, we have of course, developed the concept further and will focus especially on the presentation of digitalisation and the interactivity of the smartLAB.

This means not only to integrate a robot certified for man-machine-interaction, but also to build up augmented reality functions for the display of safety-related information into the user’s point of view or the integration of novel CIP- and SIP-enabled surfaces (cleaning in place, sterilisation in place). A special dispenser, combined with a lab balance, calculates the amount of liquid needed to yield a specific concentration before dispensing it. Newly programmed apps enable the counting of CFU-value (colony forming units) for microbial cultures or organise the utilisation of lab equipment. All presented components are truly integrated into the setup and are able to communicate bidirectionally to on one hand control the devices and on the other, to receive data from them.

Which of the updates excites you the most? In my eyes, the digitalisation in the sense of IoT (Internet of things), which facilitates the interaction of the user with the lab infrastructure is the biggest point we make. Being nearly invisible there is an elaborate and major part of our developing work dedicated to this aspect of lab environment to enable digitally supported lab work. Therefore workflows (typical SOPs) have to be structured and sliced into the smallest steps before being programmed as modules into the system. Building up a library of theses workflow modules will in future, enable us to adapt even to unknown lab workflows, as the small steps are often universal and can be arranged to new workflows. But there is still so much work to be done, we have now worked out three different use cases (workflows) to be presented live in our shows at Labvolution 2017. These will show the audience the possibilities and chances of digitally supported workflows.

With so many different organisations involved, were there any difficulties in bringing smartLAB from the drawing board to real life? Of course, it is never easy to keep all partners happy and productive (there are 14), but we have been working together for nearly three years, know each other and what we can expect from one another. Thus, we are a very productive group, where every partner fulfils individual tasks, ranging from the provision of special devices to programming of workflows, front end-systems or designing visualisation elements. The combination and integration is finally coordinated by the academic partner TCI, where we have the open academic environment to test new technologies for adoption and follow new ideas.

How have advances in computing assisted with smartLAB? Is it capable of working entirely on its own? Advances in computing are of course fundamental impact for the smartLAB. The concept of the IoT especially is what we try to realise for the lab environment. The network we build up is a star-ordered one, with the central LIMS and ELN (master) and the devices (slaves). This structure is, in principle, capable of structuring all lab workflows, with the central LIMS coordinating all process steps. One big challenge here was the integration of old lab devices into our setup, to enable their often analogue interfaces to communicate with the system. One wish would be a plug & play functionality of lab devices which would make the integration much easier in future – currently, this is not the case for lab infrastructure where every distributor fancies his or her own interface and communication protocol.

The smartLAB is not working alone, as some reproducible tasks are carried out autonomously by the integrated robot arm. But even this robot needs a lab worker to assemble the samples at the right pick-up point for the robot, for example. It is not our aim to enable autonomous lab work but to support the lab worker reasonably by the interactive functionality.

Could this mean scientists become nannies for laboratory equipment? Again, no. We do not want to become nannies who supervise a system just to not produce errors, but we want the lab worker to be supported in a way that he/she is able to think more about the science, experimental results and data than to think about the SOP, performance and the documentation of the whole. It is our intention to make lab work easier by the implementation of technologies already available in the consumer market or other fields of technology.

Are you and your partners working on potential upgrades? If so, any hints as to what they may be? Our initiative will carry on after the fair but we are not yet able to say what will be the next “hot item” to be integrated. But we think the use of smartphone apps will increase as nearly everybody owns one by now and we see several possibilities of using them in a sensible way also in lab environments. Another interesting technology is the Amazon Echo system (Alexa), which is the first really usable voice control interface which could be of great potential for the lab as we always have to wear gloves during work which complicates any touch interaction.

Author:  Sascha Beutel, is the smartLAB project leader and based at Hannover University