Putting the biology into politics

As the world gets used to the new political landscape – how much of the recent upset came down to biology?

As the country gets used to our new political landscape – how much of the recent upset came down to biology? More than you might think say John Hibbing and Kevin Smith. Here they tell us about their work on political physiology

From the extreme left to the extreme right and from total immersion in the political arena to complete apathy, political differences across individuals run the gamut. Traditionally, political scientists have attempted to account for these person-to-person differences with overtly political, environmental variables such as parental socialisation or politically relevant life events – a friend killed in combat, a brother coming out, or a candidate whose campaign strikes a special chord.

Our understanding of these differences and how and why they connect to variation in political behaviour is traditionally anchored in self-report measures. In short, we simply ask people to tell us about their political beliefs, their demographic characteristics, and their perspectives on politically relevant events and situations. Surveys have long been the methodological bread and butter of the discipline and environmental determinism the core theoretical assumption.

Yet a rapidly expanding research effort, starting in psychology and moving to political science, provides persuasive evidence that forces outside the realm of conscious thought are relevant to attitudes and behaviours, including political attitudes and behaviours. This being the case, self-report and self-reflection, no matter how sincere and well-intentioned (and often it is neither of these), is clearly an insufficient basis for understanding individual political differences.

It is increasingly clear that biology has been given too a little role in efforts to understand political variables. Collaborative research that is creatively crossing disciplinary boundaries, fusing methods and theories grounded in psychology, neuroscience, and behavioural genetics to research agendas anchored in political science, is providing mounting evidence that people’s biological traits correlate with their political orientations and behaviours.

The core mission of the Political Physiology Lab at the University of Nebraska-Lincoln is to demonstrate (and to encourage others to demonstrate) the political relevance of a wide range of biological and especially physiological characteristics.

Political scientists often equate biology and genetics and thus assume that if biology is found to be relevant to politics than political beliefs must be as immutable as the genetic code. Genetics is indeed an important part of biology and to the extent that the genetic code is found to be relevant to political orientations, political scientists must be open to the possibility that people’s political essence is not entirely learned. But it would be a mistake to conclude that the study of biology and politics has nothing to contribute beyond behavioural genetics, allelic association studies, and the controversial claim that political orientations are related to genetics. In fact, debates over the assumptions of twin studies and nature versus nurture miss a much more important point about the value of biology to political science.

Work taking place in the Political Physiology Lab searches for the biological signatures of political orientations and behaviours. Perhaps those with demonstrably elevated physiological responses to threatening stimuli are more likely to seek the increased protection that might come with the adoption of a particular set of political beliefs (e.g., higher defence spending, harsher punishment of criminals, and more restrictions on immigration). Perhaps those with greater physiological sensitivity to disgusting stimuli are more likely to oppose gay marriage and pre-marital sex. Perhaps those displaying greater prefrontal cortex activation in response to unexpected occurrences or greater physiological responsiveness to the aversive rather than the appetitive in life are more likely to be “conservative” in their political and personal outlook.

The reason an individual’s physiological/neural systems respond as they do may be genetic, it may be epigenetic, it may be the result of early development, or it could be traceable to more proximate (but perhaps persistent) environmental events. A full accounting of the sources of physiological variation will not be available for some time, if ever, though it seems likely that all of these possible sources play some role. The inappropriately dichotomized and somewhat silly distinction between nature and nurture seems to suck most of the oxygen out of any room and this is most unfortunate since biology is connected with both nature and nurture.

The evidence that political orientations at some point in time may become physiologically instantiated is the important message. It means that the consistently reported long term predispositions of many people (recently, referring to interest in politics, Prior reports that “you either have it or you don’t”). Perhaps partially because of the overreliance on survey self-reports, political scientists have been unable to come to grips with the nature of long-term predispositions, typically passing over this critical issue and offering the excuse that understanding the nature and sources of longstanding predispositions is “beyond the scope” of the study in question.

At the Political Physiology Lab, we believe scholars cannot continue to pretend they have no obligation to investigate longstanding political predispositions just as they cannot continue to view the physical body as a black box that is, for purposes of politics, invariant across people. We think that, for whatever reason, people physiologically respond to identical stimuli in drastically different ways and that these differences are relevant to political orientations. Politics is not detached from other more general life orientations and as such is not detached from the physiological, neural, and cognitive patterns that relate to these orientations. People are characterised by behaviourally relevant biological differences and the Political Physiology Lab is helping to show that these include politically relevant biological differences.

Professor John R. Hibbing (b) and Professor Kevin B. Smith (t) are co-directors of the Political Physiology Lab at the University of Nebraska-Lincoln. 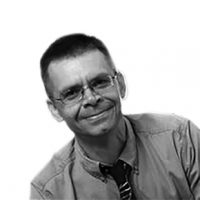 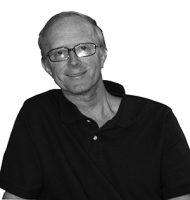